The brand, known for outlandish marketing, offered dogs for sale on its website to accompany people’s wardrobes. 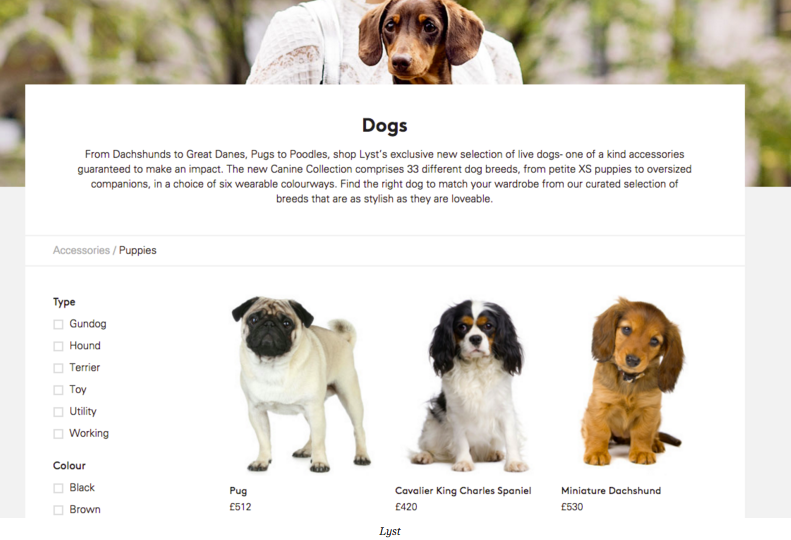 Although intended as a joke, the campaign received a number of complaints to the UK’s Advertising Standards Authority (ASA) from people furious that animals were being portrayed as nothing more than a fashion accessory. ASA is yet to make a ruling on the stunt.

Lyst’s “Canine Collection” offered a choice of 33 different dog breeds “to match your wardrobe,” priced up to £615 ($A1230) for a Siberian Husky. The campaign has subsequently been removed from Lyst’s website.

A spokesperson for ASA was quoted on Business Insider UK as saying: “The complaints mainly object to the suggested selling of animals via a postage/mailing system and the advertisement of these animals as ‘fashion accessories’, although complainants do acknowledge the fact this is a PR stunt and Lyst are not actually selling the animals.” 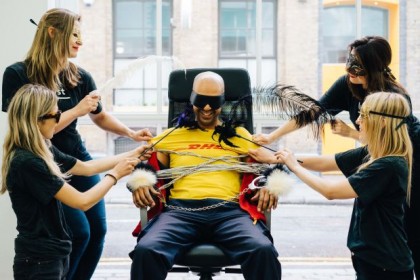 Not that Lyst is any stranger to controversy. Last month it run a campaign where it had a DHL courier driver kidnapped and was demanding a ransom of 1,000 DHL’s T-shirts (presumably because they looked similar to $US300 version by luxury brand Vetements that hold sold out on its site.) Lyst even released  press photos of the “driver” being tickled with feathers by models in skinny keans wearing Lyst t-shirts. 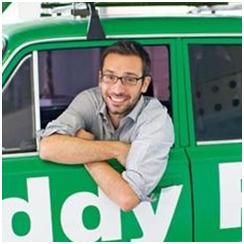 And it appears all the work of the fashion brands CMO, Christian Woolfenden (pictured above).

Woolfenden is the former marketing chief at the UK betting site Paddy Power. ASA claims when Woolfenden was in charge they’d received a record 5,525 complaints from campaigns he was responsible for.

And Business Insider is reporting there’s even disquiet in the Lyst ranks regarding the marketing strategy. “There’s a lot of angry Lyst employees at the moment. Quite a few vocally objected to the campaign but were told they aren’t allowed to publicly voice their dissent,” one pissed off employee is quoted as saying.