The still image featured a gay couple wearing Bonds briefs atop a kitchen bench and was part of a campaign the undies firm was running for Christmas. 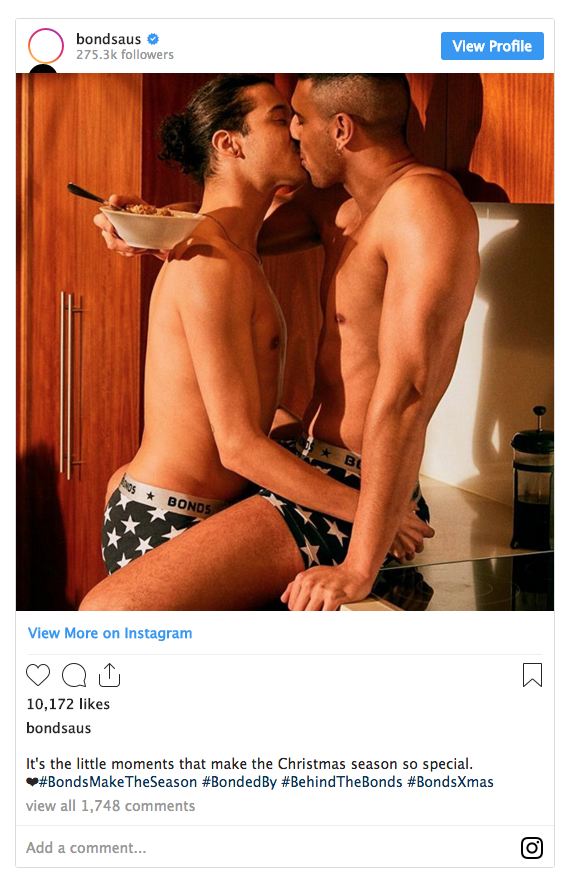 The post was captioned: “It’s the little moments that make the Christmas season so special.”

It garnered plenty of supporters, however, yesterday the LGBTQI+ site Pink News was reporting that Bonds had pulled the image due to complaints.

It had received 10,000 likes as of yesterday afternoon, while the Australian Advertising Standards has confirmed that the campaign had received five complaints.

Some complainants simply felt the image was too sexualised. While others didn’t believe it had anything to do with Christmas.

“I think your marketing team is confused,” wrote one non-fan to Instagram, “this has absolutely nothing to do with Christmas.”

Another objected: “It’s an inappropriate picture and doesn’t matter what sexuality the people are…it would be inappropriate if it were a man kissing a woman like that.”

“Unnecessary…. why do they need to be so sexual?” another added. 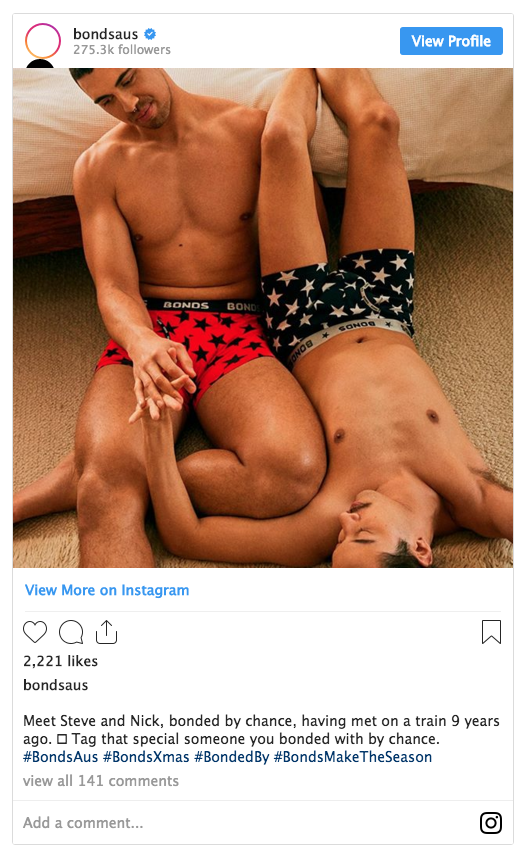 One supporter of the ad hit back: “Christmas is all about love and acceptance lets not forget the true meaning,’ ‘Yesss bonds. Beautiful ad showing the love between two adults’ and ‘Good on Bonds for this! I’m going to buy some undies to support them for including two fellas in their Christmas campaign.”

General manager of Bonds’ parent company, Hanesbrands, Emily Small telling The Daily Mail Australia: “Our Christmas campaign is about celebrating the bonds that make the season and those are different for every individual.

“We are a brand that celebrates all Australians and we wish the couple featured in our social post along with everyone else an equally special and enjoyable festive season.”