A 30 second TVC or four minutes of airtime – which would you prefer for your brand?

Well, that likely depends on the cost. But what if you could have those four minutes at little to no cost in addition to a multichannel sales opportunity for your product?

That’s the pitch Seven and TV production house Freehand have been quietly taking to market in the last couple of months as they gear up for the launch of a new gameshow the network is boldly calling a “world first”.

The show is Sell Out and it is slated for a September 22 launch on digital channel 7TWO.

Each half hour episode features two pairs of contestants competing for cash and prizes with a unique hook: the prizes featured are also made available for purchase via a dedicated mobile app as well as on the show’s website, at a heavily discounted price.

“The gameshow meets eCommerce,” is the Sell Out sales catchphrase.

Last week the team behind the concept hosted a briefing for Seven sales staff and a handful of marketers at Seven’s Pyrmont headquarters where experienced TV host and executive producer Michael Pope demonstrated the format.

The program will air weekdays at 11.30am, a time-slot Sarah Dennis, one of the marketing brains behind the concept, says is ideal for targeting online shoppers. 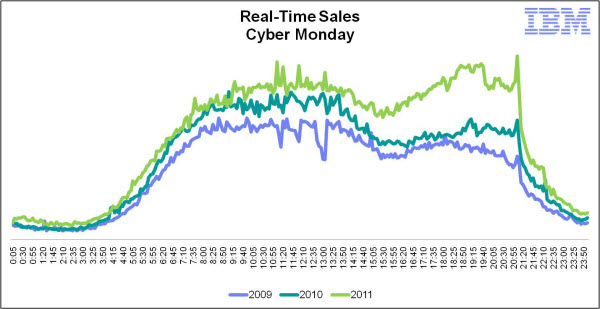 Dennis says: “There are two spikes – one in the middle of the day and one at the end of the day and that is when we see the maximum traffic of people purchasing online. Interestingly during the day we actually see a higher conversion rate because people have got an hour or half an hour. They see something and think ‘I’ve got to get it because I have something else going on’.”

The show’s target audience is stay-at-home mothers and retirees.

Freehand has been leading the charge to get brands on board with assistance from Seven. The network’s Nick Bower says: “The guys at Freehand have their own sales team so they’ve been responsible for bringing the brands in. We’ve played a support role. If the brand wants a conversation with us, we can help or we can steer someone over to them. Lots of brands across our portfolio are the right target for this because it gets them in program, it gets them integrating into the show and it gets them activating. And it gets their products in the hands of the consumers in a fun and easy way.”

While Bower is not yet able to reveal the big brands taking interest, he says: “We’re still in the process of speaking to a couple of major brands. But we’re finding the guys that are engaging with the show quickly and easily are ones that come from a direct background where they understand the value of product. They understand the value of getting it in the consumer’s hands really quickly and the investment level is also really appealing for them.”

The Freehand and Seven teams hope to have enough products locked down within in the next four to eight weeks to take the program straight through to Christmas, a peak driver in retail shopping that dovetails nicely with the first broadcast window.

One brand that has already signed on is ProGood, a relatively new entrant in the probiotics space. Director of the company Jonathan Ellerman says getting involved was a no brainer. He says: “If you’ve got a product, I can’t see why a company wouldn’t do it because it does look like a good, solid platform. Even if it only costs you a small amount, it’s a great platform to get on national television and reach your ideal demographic.”

The buy in for brands is simply that product equals currency. The companies provide the goods to Sell Out and both parties take a cut from the sales. Brands also give the producers key messaging which is then woven into the scripts. In addition to this, Freehand is setting up fulfilment facilities for companies that aren’t already in the online shopping space, an unusual move for a traditional TV production house.

ProGood’s Ellerman, who previously worked on the marketing of Vodka O, says the model is similar to that of group buying sites, a tactic he has used for the brand previously. He says: “I’ve done campaigns with LivingSocial that weren’t as successful as I wanted but at the same time there was little to no cost because LivingSocial kind of do it the same way where they split the profits of the reduced sale price of the product.”

First and foremost, Ellerman sees Sell Out as a branding exercise for his product and then a sales opportunity.

Three test episodes have already been shot and the show will begin production several weeks prior to the September launch.

Pope told the gathering at Seven: “This isn’t Million Dollar Minute – this is fun.”

Seven’s Bower agrees. He says: “There are lots of different entry points and ways to get people’s messaging and products out there and this one is a bit of a fun one.”

“It’s a new way to communicate. Everyone’s talking about different options in the market from a brand point of view, but we’ve always looked at ways to innovate at Seven. This is just another one that has come up and we’ve added to our arsenal.”

“After dealing with Freehand for a while now, we have realised this idea has something quite special. It could hopefully build for a few years to come.”