It’s hard not to be passionate about travel, right? At Seven Communications we love new adventures but we also love working in the industry and representing some of Australia’s leading travel brands. 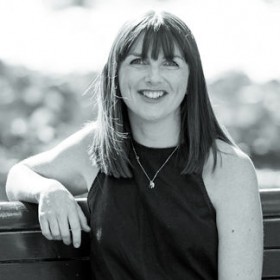 Whilst the subject matter of the sector is easy to get excited about, it’s also big business. Travel and tourism’s direct contribution to global GDP is valued at $2.3 trillion and employs more people than mining and financial services globally.

It is then with little doubt so many travel brands invest in clever marketing. Here I roundup our favourite travel marketing campaigns of all time.

KLM has produced some memorable social media and PR campaigns – none less so than their Surprise campaign.  After listening to social media conversations where people had mentioned they were taking a KLM flight, they used the information from personal profiles to purchase thoughtful gifts that were then presented to passengers.

One woman, who was going hiking in Rome, was given a watch that tracks distances and walking speed; a man traveling to Mexico to build houses for the homeless was given a care package of muscle ointment and adhesive bandages; an elderly woman traveling alone was upgraded to first class seating.

You can’t round up the best travel campaigns of all time, and not mention Tourism Queensland’s BestJobs in the World campaign.

When the campaign launched in January 2009, I was living through a particularly cold London winter and will never forget the picture perfect image of the Great Barrier Reef on the front page of free commuter newspaper The Metro.  Nothing made me want to visit Australia more!

The campaign received 35,000 applications from over 200 countries and generated more than $430 million in PR value.

This is one of the best uses of data and outdoor advertising I have seen – generating 1.6 million views on YouTube and taking home a Grand Prix at Cannes.

The campaign helped British Airways highlight the breadth of its destinations by engaging passers to look up and spot BA planes flying overhead timed perfectly with adorable children pointing to the skies.  A seemingly simple idea with a sophisticated back end of data and technology.

From staff wearing nothing but body paint to a disco themed safety message led by fitness guru Richard Simmons, the videos continue to get people talking and laughing.

Possibly a biased addition (as I led this campaign whilst at Ogilvy PR) but regardless it remains one of my favourite examples of building brand reputation whilst supporting a worthy organisation, SIDS and Kids.

The partnership saw Carnival Spirit sail into Sydney’s iconic Harbour donning a giant seven metre illuminated red nose – in turn creating the perfect vision opportunity for media.  Guests on-board that cruise participated in a range of fundraising activities whilst anyone could ‘red nose’ themselves on a dedicated interactive website to win a cruise.

The story hit all commercial TV news programs and 65 pieces of coverage were achieved in Australia and internationally. The TODAY Show aired a live weather cross from the ship and over $10,000 was raised on-board for SIDS and Kids.