It feels like just last week (it was) we were sending our Bachie off to live his happily ever after with Laura. Now, there’s a new bogan beauty in town and we couldn’t be more excited for one of Australia’s most talked about women to take the plunge into her own Bachie fairytale.

The Bachelorette Australia has 18 new Aussie blokes up on the chopping board for ex Bardot superstar, Sophie Monk to choose from.

News and social media insights company Meltwater has taken a look into what Australians are saying on social and being published online following last night’s premiere, and the results are interesting to say the very least.

Take a look at the insights from last night; 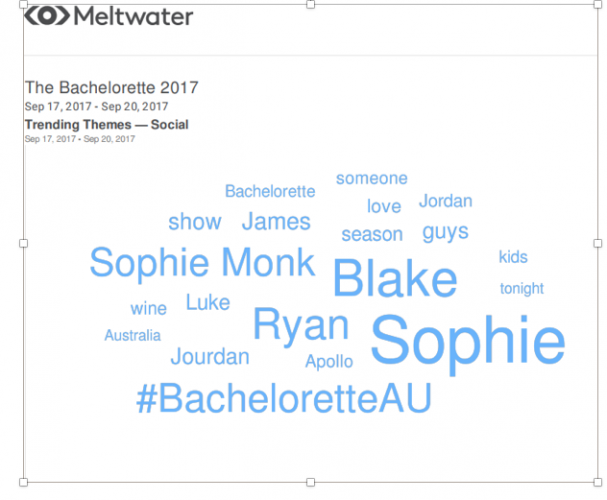 As expected, Sophie dominated the conversation around the Bachelorette premiere, along with Blake and Ryan. Weird and wonderful Jourdan (or Jordan) was also a hot topic on social. 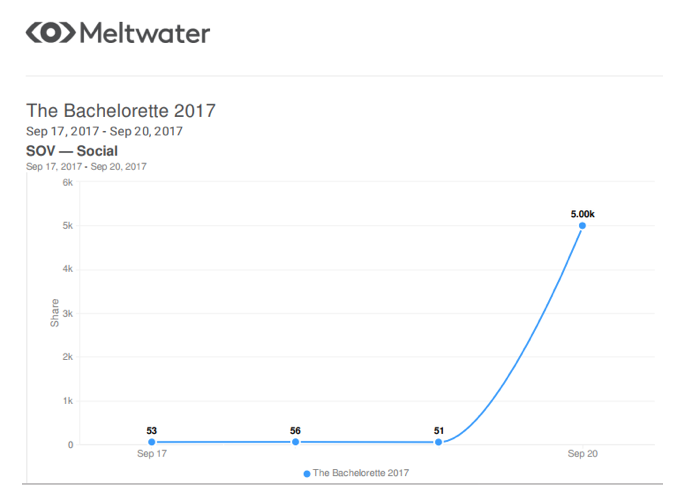 The Bachelorette was all over social media this week — bring on some more undie runs! 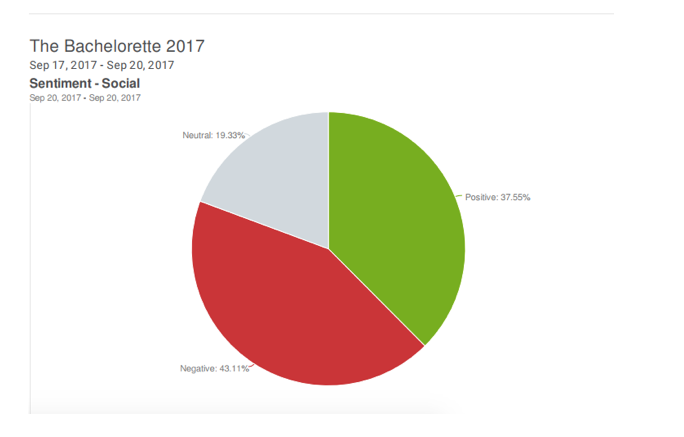 When it comes to The Bachelorette, Australians have fairly mixed feelings about the premier episode on social media:

It seems a lot of the negative sentiment is stemming from badboy Ryan, and his aggressive approach to win Sophie’s attention…

Australia has already picked some favourites out of the batch, and we think Sophie has some obvious soft spots too.

“Imagine what he could turn a bed sheet into, not sure where I was going with that” – neither did we Soph, neither did we. Apollo is a god among men.

We teared up during the teaser trailer, and we’re banking that you did too. Sad tears turned to happy during last night’s episode, with the high class banter and personalities. We said au revoir to Nickelback’s Chad Kroeger, and actually, a guy named Chad. Bring on the next episode to showcase the ‘bunch of pigeons with a chip’ tonight!