Crazy ideas are the lifeblood of the advertising industry. But in this opinion piece, Heidi Bruce (pictured below) of Anisimoff Legal, advertising and media lawyers, reminds us of the (legal) dangers of being too crazy…

If you make one New Year’s resolution we reckon it should be to push for at least one crazy idea. It’s the crazy ideas and questions that keep this industry interesting and create the winning campaigns. Yes there are the questions that keep coming up over the years, for instance those age-old industry myths like “if we copy something but change it by 10 per cent  that’s OK, right?” (no it’s not) and “everything on the internet is in the public domain, yeah?” (also no). 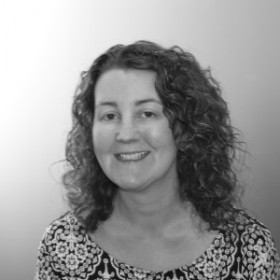 But there are also those questions that seek to push the boundaries, or break the norms. That is what we love about advertising. Some of the best campaigns that we have seen come to fruition are those that break all the rules, find that loophole and go for it.

What are some of the more ‘interesting’ questions we have been asked?

Can we have a teenage girl rob a bank? This one is actually OK, there is nothing in the AANA Advertiser Code of Ethics that prohibits showing illegal activity per se, but you have to avoid other Code issues like violence.

Can we show a monkey keeping testicles in a jar? Yes you can, if you wanted to of course. There is nothing in the Code of Ethics against potentially risqué material, it might just affect your classification rating for media like TV.

Can we film people playing street cricket? Sounds pretty inoffensive but this one is actually really hard to do as it technically breaches road rules, you have to find the perfect location.

Can I smash a car through a wall? It sounds wrong at first but if you show this very stylistically, with no reference to the road but in a pristine studio environment, this could be done. It may also depend on whether it is a car ad.

Can our car ad show animals driving cars? If you execute this really really well it can be done, however, you would need to follow all the road rules and make it clear it is a fantasy but not show anything overtly dangerous. And obviously, don’t use real animals (no matter how well trained).

Can we have our hero kick the school bully’s shins? Apparently not as this could encourage kids to take the wrong approach and get you caught out under the violence provisions of the Code.

Can we make fun of vegans/gingers/hipsters/ ginger-vegan-hipsters? This is pretty much open game if your client is up for it. Provided it is tongue in cheek of course and not discriminatory.

Can we throw eggs at a school principal? This is probably risky, much as we’d love to see it.

Can we blow up a crocodile? As long as it is clearly not a real one.

At the end of the day, don’t be shy to ask. That crazy idea may just turn into a memorable campaign. Just remember though that very creative ads also often generate controversy and your client needs to be prepared to withstand this and understand that making sure the campaign is legal is often only half the battle.