Advertise with us
Posted 6 October, 2015

On July 10, 2009 a monumental thing happened: the App store opened. Suddenly developers were free to create their own application fit for iOS (and later Android). Launching apps in the app store gave developers the feeling that anyone could take a punt at a success – potentially reaching millions of smartphones around the world.

The App store was much like the Wild West in a time of gold rush. Big businesses were yet to master this new platform and everyone was trying their hand at creating an app. There was every possibility you could end up the top 100 list, making it big in the mainstream. 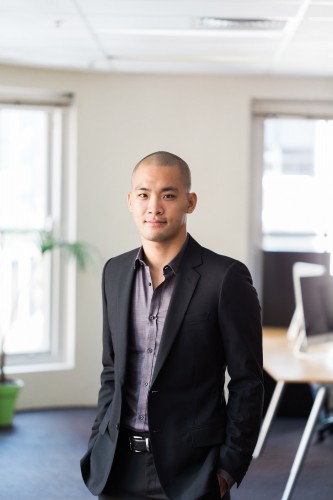 It may be hard to remember some of the first apps you used on your smartphone, but consumers were considerably more experimental with what they downloaded. Naturally, expectations were lower as there was no point of reference. Everything was worth playing with and trying.

It was fascinating to see the ways apps have rapidly developed, from clunky hard-to-use applications to seamless user-friendly commercial products. There were a lot of gimmicky little apps in those days – hugs apps, fart apps, apps that had a very basic concept that did very little.

Phonesaber hit it big because of its ability to create ‘wommmm’ swinging lightsaber sound, anytime you swung your phone. What can I say – I remember being impressed. ‘Foursquare’ was the first app that enabled you to ‘check in’ to a location, which was completely unheard of at the time.

Foursquare’s unique offering quickly became integrated into other social media platforms and it plummeted in popularity, showing if you can’t adapt and evolve, success can be short-lived.

During the advent of the app store everyone was putting ideas out there, some were great, some were not so fantastic, there was less planning and less polish, but there was a lot of excitement, creativity and bold ideas.

Increasingly, major companies – whether it be a gaming company, sports brand or major fast food joint, began to invest millions of dollars into their own apps, and the dynamic of the app store changed.

Competing for space has become a bidding war of who can pour the most money, time, effort and polish into their apps. If you’re among the rare few who have ability to do this there is every chance you’ll surface in the top 100. It is harder for the cool little apps that the ‘every day’ person creates to pop up.

Unfortunately the app store is a very limited platform due to the way it has been set up. If you were to upload a video on YouTube there is every chance it could viral if the content is compelling and there is a feeling of ‘fair game’ when you upload it.

The app store lacks this because of its current search and share functionality. What I hope to see is better search discovery mechanisms that allow for people to further explore the vast number of apps in-store. There are currently 1.3 million apps in store, but it feels near impossible to explore what is out there.

The current design of the store – which is based on a physical bricks and mortar store – means it’s hard to get promoted with users primarily browsing ‘top paid’ and ‘top free’ featured apps which limits space to 200 odd apps.

Competition from large companies developing apps is not necessarily a bad thing, as they have successfully driven the quality of apps up and users now have higher expectations about what they are downloading. The bar has been raised and apps are improving at lightening speed.

Innovation and creativity for app developers certainly exists, but there are new rules to play by. It’s not just about a ‘cool’ idea; you need to ensure all your moving parts are perfected. Marketing, distribution and a clean user experience are just as important as a new and innovative offering.

Ultimately, I think the app store will continue to be the number one platform for app sales. It’s in Google and Apple’s best interests to keep one store, rather than the market flooding with hundreds of stores.