B&T’s Battle of the Bands was held on Friday in Sydney.

Singer Danielle Bellas from Videology was the overall winner on the night. 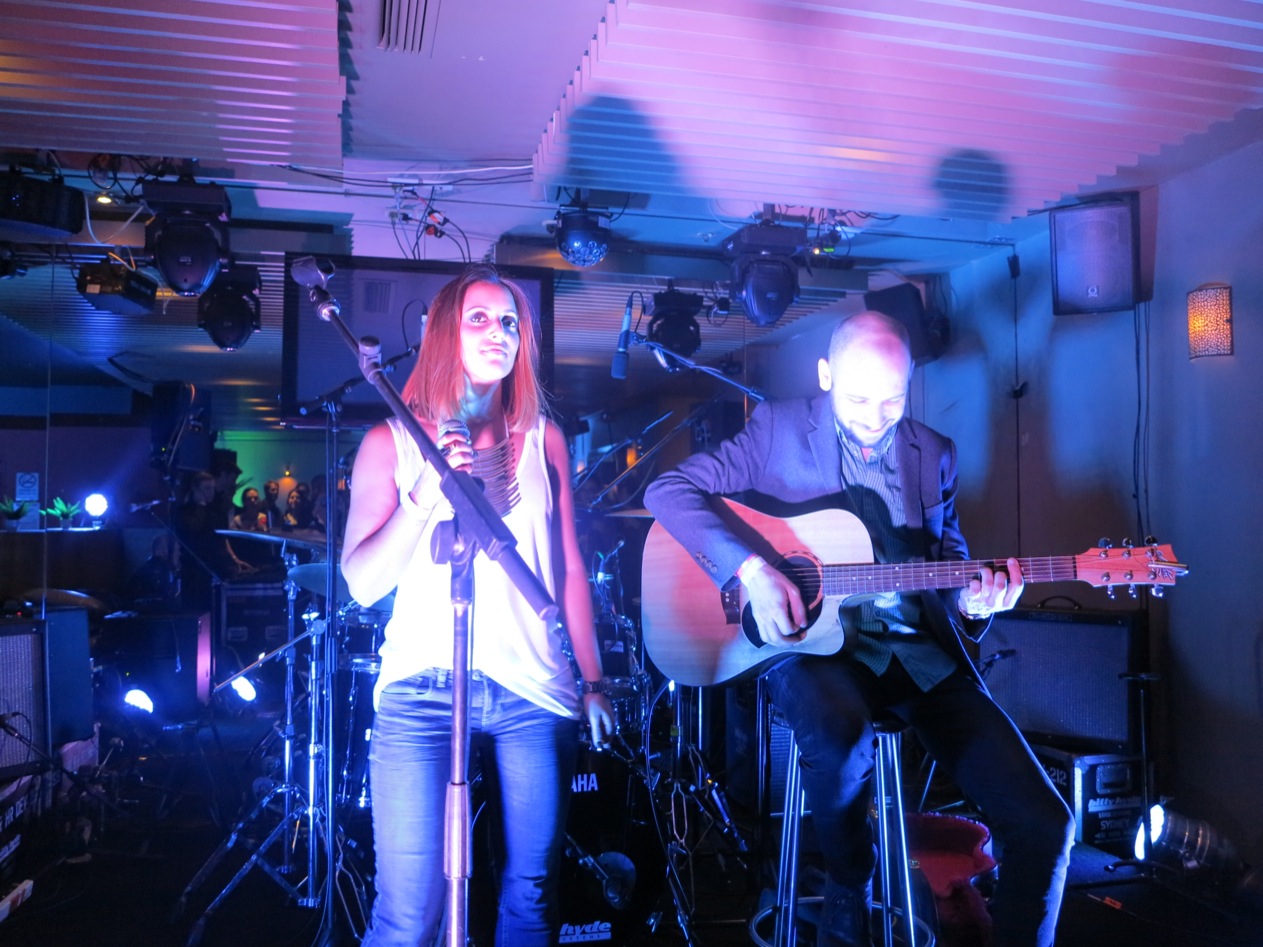 Bellas describes herself as “account manager by day, wannabe Janet Jackson by night”. She has been singing and song writing since the age of 16. Bellas moved to Sydney from London seven months ago and feels sorry for her neighbours as her husband says she can be heard as soon as he gets out of the lift. Bellas’ current team mates at Videology get the same treatment as she spends all day singing along to music playing in the office. She says: “They’re too polite to tell me to shut up!” The competition on the night was like the drinks – stiff. Also in the running were the following performers: Piperlain from Impulse Screen Media Formed in 2009 by singer/songwriters Benjamin Knight and Rebecca Knight, Piperlain is an acoustic, alternative pop/folk/rock act. Influences include Arcade Fire, Tame Impala, Empire of the Sun, Florence and the Machine, The Cranberries, Pink Floyd, Blondie, Crowded House, The Cure and The Doors. Piperlain has supported acts including ARIA award winners Dirty Lucy and played with prominent Australian artists including Hurst and Green, Jak Housden, Newstone, Midnight Swim and Andy White. The Joe Brown Experience from MCN MCNs very own The JB Experience, the seminal party-rock darlings of the media industry are back with a brand new sound. After stripping away the career-minded high-achievers, the brand new three-piece is ready to take on the Battle of the Bands with their brand of unstoppable smooth soulful acousticness. Not being bound by any specific genre, The JB Experience slot their left hand into the mouth of hip hop, slap their right hand out across the ass of country, kick their left leg into the nuts of ‘90s one hit wonders and then tango across their face. This trio of music monsters will melt your face off and then perform at your funeral, effectively making your loved ones forget all about you as they punch out the smoothest rhythms this side of the ANZAC bridge. Rest assured, if you are lucky enough to be exposed to The JB Experience live, there is no contraceptive on earth that will prevent you from falling pregnant. The Adjective Nouns from Leo Burnett, Sydney An act so hotly anticipated, the holding company of the agency had to put the world’s biggest merger on hold to attend the first gig. The Adjective Nouns are probably the biggest thing since Woolworths sliced bread. Featuring the home-grown talents of a songbird strategist, scatting social media execs and a truly creative rhythm section, this is one integrated campaign you won’t want to miss. AdNews says: “This 30 second jam will change your life.” Campaign Brief wrote: “Watch out, there’s a new agency outfit in town and they’re here to rock.” Todd’s already ordered a T-shirt, and we all know what that means… Hayley and Svet from The Communications Council One Brit and one Bulgarian, Hayley and Svet are a Bondi-based duo who have been performing together since they met at a house party six months ago. Svet has played piano since he was little juggling the two careers of music and post-production for many years. Hayley has sung with several bands in the UK and despite her efforts, is sadly still inept at all instruments. They recently started writing together and upon realising they work in different corners of the same industry, decided to give B&T’s Battle of the Bands a go. They still need a name and unfortunately don’t have a photograph together, but it doesn’t mean they aren’t 100% dedicated to the cause. Check out pics from the night in our slideshow above.