In extra fodder for the Taxi Council’s fight against ride sharing app Uber, a Sydney driver – believed to have been working for Uber – has reportedly been arrested this morning for the rape of a passenger.

The incident reportedly took place at 12:30am on Sunday morning when the driver stopped to pick up a 22-year-old woman in a Hyundai i30 in Sydney’s Kings Cross. The Daily Telegraph, however, has reported the driver worked for Uber while News Corp has reported the driver’s name was Muhammad Naveed – a 39 year old Pakistani national with Australian residency.

The woman accepted and got into the car. The driver is alleged to have driven to a nearby side street where he sexually assaulted the woman.

The matter was immediately reported to police and the man was arrested in his Lakemba home yesterday afternoon. 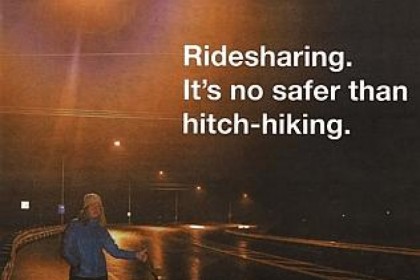 The incident will only fuel the Taxi Council’s rage who say Uber is illegal, should be banned and its drivers are unregulated and dangerous.

In August it launched a campaign warning people of the dangers of Uber with a campaign that had strong overtones of rape.

However, in the US some 25 Uber drivers from California were found to have serious previous convictions including murder and child sex abuse.

There are presently 15,000 Uber drivers in Australia with the company predicting that will rise to 20,000 by year’s end.

This incident is reportedly the first of its type to feature an Australian Uber driver.