Nine Entertainment this morning announced that two of their directors have tendered their resignations, effective from February 3 2017.

Elizabeth Gaines and Holly Kramer are both leaving their posts as Nine directors, with Gaines moving on to become the chief financial officer of Fortescue Metals Group Limited, and Kramer saying she wants to restructure her board portfolio.

Gaines’ executive career has focused on financial services, infrastructure, media and travel distribution in both the UK and Australia, with her most recent role being CEO, and previously COO/CFO, of travel company Helloworld. 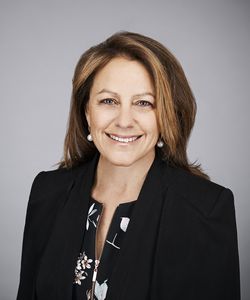 Kramer joined the Board in May 2015, as well as being the Chair of the Nomination and Remuneration Committee. With more than 20 years’ experience in general management, marketing and sales, Kramer has worked with Ford Motor Company (in the US and Australia), Pacific Brands and Telstra.

Kramer also serves as a non-executive director for AMP Limited, Australia Post, regional community-owned telco Southern Phones, and the Alannah and Madeleine Foundation, and is a member of Chief Executive Women.

Chairman Peter Costello said, “Holly and Elizabeth have both been valued members of the board of Nine Entertainment during their time as directors.

“I thank each of them for their excellent contribution as directors and wish them both much success in their future endeavours.”

The Board has commenced a search process for additional directors to replace both Gaines and Kramer.