Ten appears to have found itself the hit of its ‘pilot week’ after last night’s Trial By Kyle enjoyed some particularly positive social media feedback.

Still, the social media buzz would give Ten bosses hope that the show has legs for a full series in 2019.

Comments to Twitter were generally along the lines of “trash TV” but “highly entertaining”.

“So insanely idiotic it borders on brilliant,” wrote one Twitter fan. “I honestly can’t understand why I can’t turn this off,” penned another, while another wrote: “Perfect trash TV. Big Kyle fan. Such a legend.” 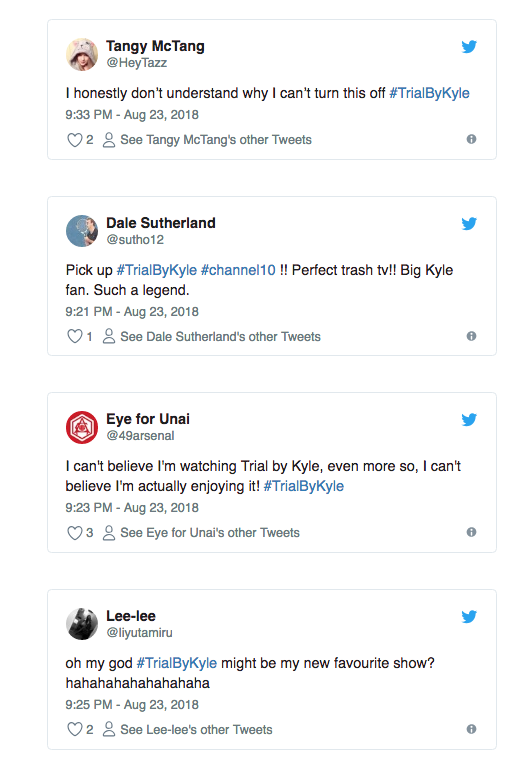 In worse news for Ten, even the strongly performing Bachelor (807,000) couldn’t stop the network being relegated to fourth spot in last night’s viewer numbers.

The Bachelor and Kyle aside, Ten’s other highlight was The Project with 483,000, while Pointless (236,000) continues to flounder.

Over at the SBS, its best was Tony Robinson Down Under pulling a very un-Australian 265,000.