Scott Stein (pictured below) is a leadership pathfinder and author of Leadership Hacks: Clever shortcuts to boost your impact and results. In this guest post, he explains why it’s time for leaders to hack their communication to get better results in less time…

Everyone knows that a leaders ability to communicate is critical to success.  The challenge is that many leaders mix up their communication which results in mixed messages, confusion and lost time.  So how do you hack your communication so you connect with your people faster? 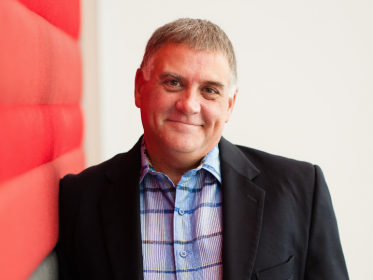 When Chip Bergh became CEO of Levis Strauss he knew that things needed to change and he had to turn things around quickly given their sales had dropped by $3billion in the previous five years.  According to Harvard Business Review, rather than telling his people what to do, Bergh asked his top staff a number of questions first:  ‘What are the three things we should not change? What are three things we absolutely must change? What’s one thing you’re hoping I’ll do? What’s one thing you’re afraid I’ll do?’

The smart leader will mix up their communication to ensure that they use a range of tell, show and ask depending on who they are delivering their message to.  Here are three keys to hacking your communication so your message gets through faster.

To be effective you need to use all three communication approaches.  Make a conscious effort to mix up the method you use.  For some projects start by asking people what their thoughts are and for other tasks show people what you mean by drawing a diagram of what they need to know or take action on.  I know one leader that started using her iphone to record her conversations and afterward analyse her approach.  After a week she could easily hear what she needed to change.

When you start your communication by asking, you are demonstrating that you value the other person’s ideas.  It puts them on a level playing field and allows you to steer them in a particular direction.  It also enables you to gather their thoughts before you have given yours to identify their current level of understanding.

Key #3: reduce telling people what to do

Many of us fall into the habit of just telling people what to do because it is the easiest approach.  Resist the temptation.  When you get into the habit of just talking at people the relationship can start to shift.  Asking anyone that has a boss that just tells them what to do.  Many of them report it makes them feel like they are on the receiving end of a drill sergeant—never good for morale.

By hacking your approach to communication you can get your message across clearer—and hopefully allow others to take action faster.