In this guest post, Marketo’s ANZ MD Bill Binch (pictured below), says there’s a lot of new technology heading our way – think AI, VR, IoT – and offers some sage advice on where to spend your CTO’s cash…

If you were anticipating a global tech trend to jump aboard of, you might be waiting a little longer for your departure time, because when it comes to anticipating the best tech for their customers, businesses across the world all have their two cents to pitch in. 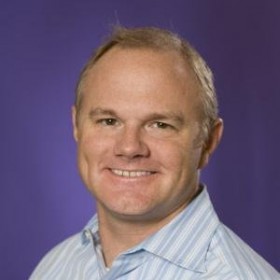 There’s one thing they can agree on, though – that they’re “excited” for new touchpoints. Respondents from Australia, US and Europe unanimously agree that emerging technologies such as AI, VR, IoT will serve as touchpoints that positively affect how they engage with their customers.

But when it comes to deciding which of these technologies will out-perform the rest, there’s some discrepancies.

So what are the UK and Germany excited for? VR, apparently. 26% of UK, 30% of German, and 23% of Australians claimed they were most excited to adopt the technology in the future.

They may be excited to adopt it, but when it comes to anticipating the technology actually used by their customers in the next year, there was a different story to tell. IoT was rated as the tech most anticipated, with AR the least across the board. Same goes for which tech respondents were most likely to use in their marketing strategies; IoT the tech preferred by all, except the U.S. who greatly favoured predictive over all else (69.5%).

But what about when it comes to engaging customers, which is the best to use? IoT is still unanimously the most predicted in Australia and Europe, but the U.S. still anticipate predictive to be the top technology to use to engage with their customers (56.8%).

It may be idealistic to desire a unanimous global tech trend for the sake of consistency, but at the very least, these markets should accurately match the technology with their needs.

This survey reveals there are vast differences between which technologies businesses believe will work and what they actually will onboard. Australia and Europe both claim that better reporting and analytics to make sense of data is the one think they need most to successfully maintain customer relationships, and yet they fail to rate predictive technology as their preferred touch-point. IoT may be great for offering seamless omni-channel experiences for customers, but it will ultimately fail to provide businesses with what they claim they want.

What businesses need from tech, and they tech they believe they need to achieve that need simply do not match. Maybe they’re caught up in too many trends? Maybe more transparency and understanding of that these technologies actually perform are needed?