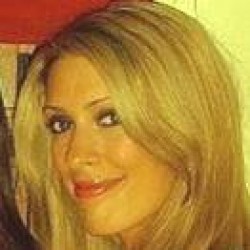 
The recent Facebook data breach scandal — which revealed over 87 million users’ data had potentially been improperly obtained and used by a political consultancy Cambridge Analytica to target U.S. and British voters in the close-run elections of Brexit and the US presidency — has placed a global spotlight on the value of our personal data.

To discover how this revelation has affected public sentiment around their trust in Facebook, and the use of their personal data in general, global media and technology company Pureprofile conducted nationally representative surveys across its Australian, New Zealand, British and US panellists, to discover if the #DeleteFacebook movement will take hold.

Results revealed that over a third (34 per cent) of respondents from both the U.S. and New Zealand said they are considering closing their Facebook accounts due to the data breach scandal, along with 29 per cent of British respondents.

In Australia, over a quarter (27 per cent) of respondents have considered closing their Facebook account due to the data scandal, with those aged 25-34 years old the most likely to take action (37 per cent).

When asked how they felt about the use of their personal data by companies who then use this to target campaigns and advertising, 43 per cent of Brits, 41 per cent of Australians, 39 per cent of New Zealanders and 37 per cent of Americans said they felt anxious about this.

The next question made it clear that the issue is not about companies getting access to people’s data, it’s more about the consumer being able to choose who they want to share this with. 38 per cent of New Zealanders, 33 per cent of Americans, 30 per cent of Brits and 28 per cent of Australians responded that they don’t mind their personal data being used by companies to target them with advertising, as long as they have opted in to its use in this way.

Pureprofile CEO Nic Jones said: “This survey is incredibly interesting as it reveals that consumers are beginning to really understand the value of their personal data and are willing to take a stand against companies who use this without their consent.

“Many of our respondents revealed that they are not averse to companies using their personal data to curate advertising for them, with over a third of people saying they welcome this, providing they have opted in to receive it.

“It’s now clearer than ever that this new consumer-led personal data push back means brands need to be transparent about how they access and use personal data.

“We’re entering the age of the Personal Information Economy, where consumers are taking ownership of their personal data and will punish brands that use this inappropriately.”