A new study has found that 40 per cent of Australians love listening to the radio during their working day and the more we work the longer we listen.

The study by Roy Morgan Research found that 7.2 million Australians aged over 14 (36 per cent) agree that “radio is an important part of my daily routine”.

People working full time are the most likely to make a daily habit of radio (41 per cent), just ahead of retirees (40 per cent), and part-time workers (35 per cent).

Tuning in to the radio each day is less of a ritual among Australians without a job: 29 per cent of people on ‘home duties’ or who simply ‘don’t work’ agree it’s an important part of their daily routine, ahead of 27 per cent of people who are unemployed and looking for a job, and 23 per cent of non-working students.

Percent who agree, “Radio is an important part of my daily routine” 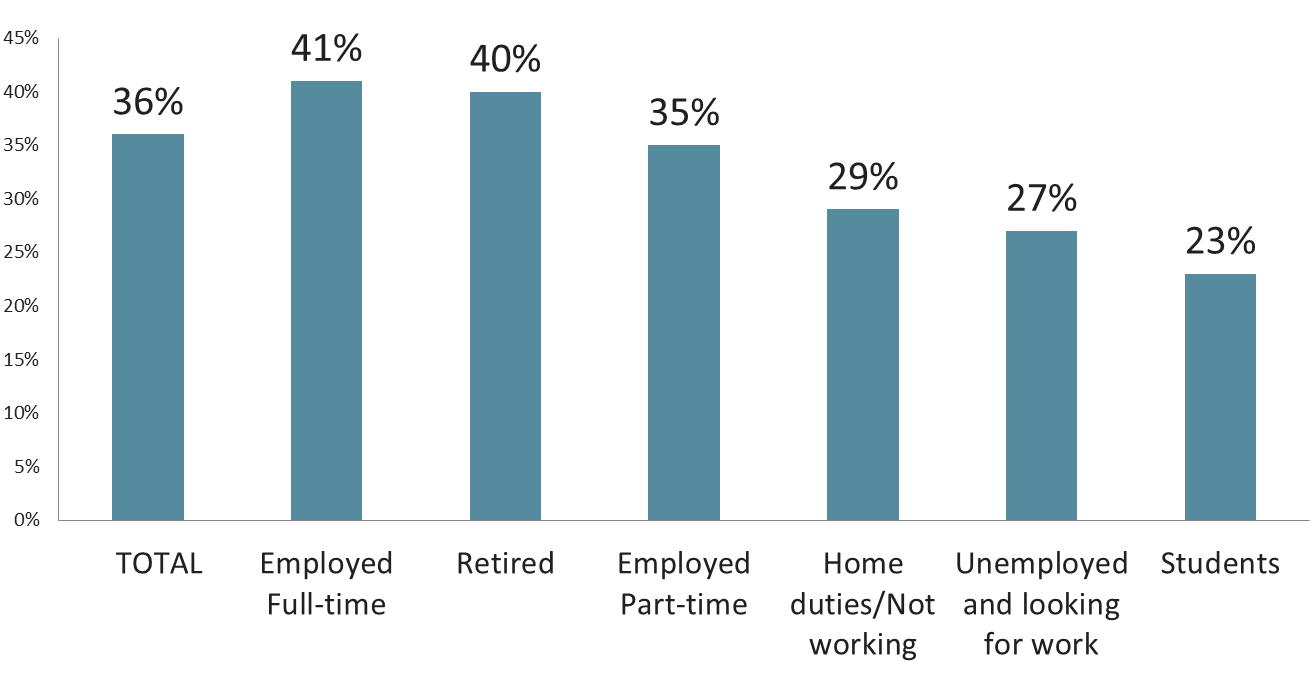 The average Australian employee spends almost two and a half hours (147 minutes) listening to radio on an average weekday. This is half an hour more than people who aren’t employed (114 minutes).

Furthermore, increasing time spent at work correlates to more time spent listening to radio: from 126 minutes per weekday on average among people who put in up to 15 hours a week, rising to 172 minutes a day among the nearly million Australians who work 51 or more hours a week.

Average time spent listening to radio on a normal weekday

Commenting on the study, Roy Mogran’s CEO Michele Levine, said: “For many working Australians, radio is an important part of their daily routine. Many employees are tuned in to radio during their working hours—whether it’s streamed through a desktop or personal device, heard over speakers in the retail store, bar or restaurant, or playing all day on a construction site.