Media agencies have been on the nose of the world’s biggest advertiser, Proctor & Gamble (P&G), for some time and now another of the company’s C-suite has had a pop at what he calls their “murky” supply chain. 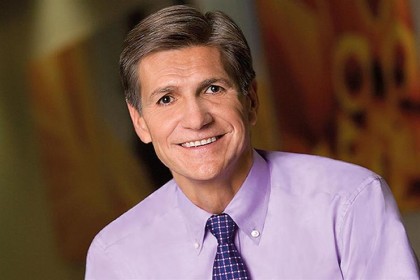 It’s global chief branding officer, Marc Pritchard (pictured above), has called for more transparency and viewability around media agencies and believes their business practices have become “antiquated” in this new era of technology and programmatic trading, going on to describe many as “murky at best and fraudulent at worst”.

Pritchard was speaking at the IAB Annual Leadership Meeting in Hollywood over the weekend and comments from his speech were reported on the industry site Marketingweek.com.

According to Prichard, media agencies had failed to cope with the shift to digital and the current rise of ad blocking software was primarily due to so much “crappy advertising”.

It’s widely understood that Proctor & Gamble – whose FMCG brands include household names such as Gillette, Dove and Old Spice – spend around $US4.6 billion ($A6 billion) globally a year on advertising.

In late 2015, the company announced it would cut spend to ad agencies by $US500 million and shift a lot of its spent to digital which it believed gave a far better ROI. The company famously launched the ad of 2015, its “Always Like A Girl” campaign, that only aired on social media and has had close to 63 million views on YouTube.

“Craft or crap? Technology enables both and all too often, the outcome has been more crappy advertising accompanied by even crappier viewing experiences,” Pritchard told the IAB audience.

“We have an antiquated media buying and selling system that was clearly not built for this technology revolution. We serve ads to consumers through a non-transparent media supply chain with spotty compliance to common standards unreliable measurement hidden rebates and new inventions like bot and methbot fraud,” he said.

Pritchard believed that P&G wasn’t seeing the results it expected on the $US2 billion it spends annually in the US alone, and urged creatives to make more engaging ads backed by a “clean and productive” media chain.

“We have a media supply chain that is murky at best and fraudulent at worst. We need to clean it up, and invest the time and money we save into better advertising to drive growth,” he said.

Pritchard said many advertisers ignored issues around transparency with their agencies because it wasn’t a “sexy topic” and many were too distracted by all the latest gizmos and tech.

“I confess that P&G believed the myth that we could be a ‘first mover’ on all of the latest shiny objects, despite the lack of standards and measurements and verification. We accepted multiple viewability metrics, publisher self-reporting with no verification, outdated agency contracts, and fraud threats – with the somewhat delusional thought that digital is different and that we were getting ahead of the digital curve,” Pritchard said.