The rapid pace of innovation is proving to be the biggest challenge for both marketing and ad tech providers and the brands they serve according to visiting Kenshoo marketing chief Steven Hartman, Kenshoo, VP, global marketing.

According to Hartman who was in Australia this week for a series of panel discussion about the future of digital marketing, “Three years ago it was really easy to describe the difference between Yahoo! and NBC for instance. Three years from now I am not sure I will be able do it anymore.” 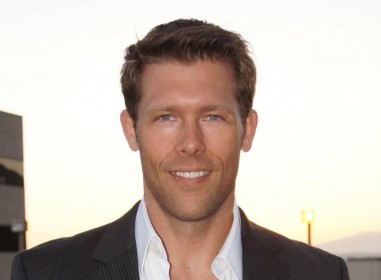 He also suggested that some of the more traditional ad tech vendors are finding the road tough going, with the bigger global marketing technology vendors circling them and looking to break into the space.

Hartman said that the traditional approaches to ad tech such as building  programmatic display, simply aren’t providing marketers with the same value they used to get.

He nominated mobile and cross device ID issues, and the technical challenges such as  cookie drops around in-app IOS installs as the kinds of problems that are getting tougher to solve.

As the ad tech and marketing tech world’s blend Hartman said it was getting tougher to tell them apart.

“It’s interesting, where do you draw the line .”

“You can find companies that have spent most of their time in just programmatic display a are fighting for their future. They are trying to weave something that is supply-side RTB.  You see them trying to weave a solution into an optimized in-app marketing offering for the publishers but their technology is just not built for that.”

“That’s a hard way to go now,” he said. “Their margins are getting compressed. I tend to think a lot of ad-tech is very difficult, with all of the ad fraud and view ability issues.”

And the move by the bigger marketing tech platforms like Adobe and Oracle (though he doesn’t mention them by name) are creating their own dilemmas. “You see a lot of cases, where advertising technologies are being acquired by marketing technology companies. And then you find they are spending a lot of time, they will spend the next two years trying to work out how our stuff works together.”

“They are built on different paradigms and different types of philosophies.”

Kenshoo, which positions itself as an agile marketing company is not shackled with these problems, he argues.  “We are positioned in the area of ad formats and the publishing venues that people want their ads to be rendered on which are these new native formats.

“It’s about being able to take really interesting click search data and use it very seamlessly to further customise it towards on social.“

On the issue of attribution Hartman said marketers are moving beyond the last click however he acknowledged that the machine is still a long away away from informing genuinely sophisticated attribution models and that the improvements now there still measured in increments that helped marketers make more educated guesses.

“The more advanced algorithms are more around marginal ROI, and where the next dollar spent is. It’s about constantly re-defining the models based on all the data coming in. We are seeing more advanced optimization coming in across different publisher channels.”