To promote the upcoming release of Warner Bros. Pictures’ latest film, The Meg, Roadshow Films and OMD have partnered with Snapchat to create an Australian-first underwater world lens.

Using Snapchat’s Sky Segmentation technology, the lens turns the user’s actual environment into an underwater experience, with a terrifying 75-foot-long shark known as the Megalodon swimming straight for the screen.

The innovative technology detects objects in the sky and on the horizon, which ensures that the augmented reality (AR) objects in the ‘world lens’ properly integrates with the scene.

For example, if the user’s environment includes high rise buildings, the lens makes it appear as if there is a shark swimming around the buildings or appearing from behind them by mapping the actual shape of those specific buildings within the user’s frame. 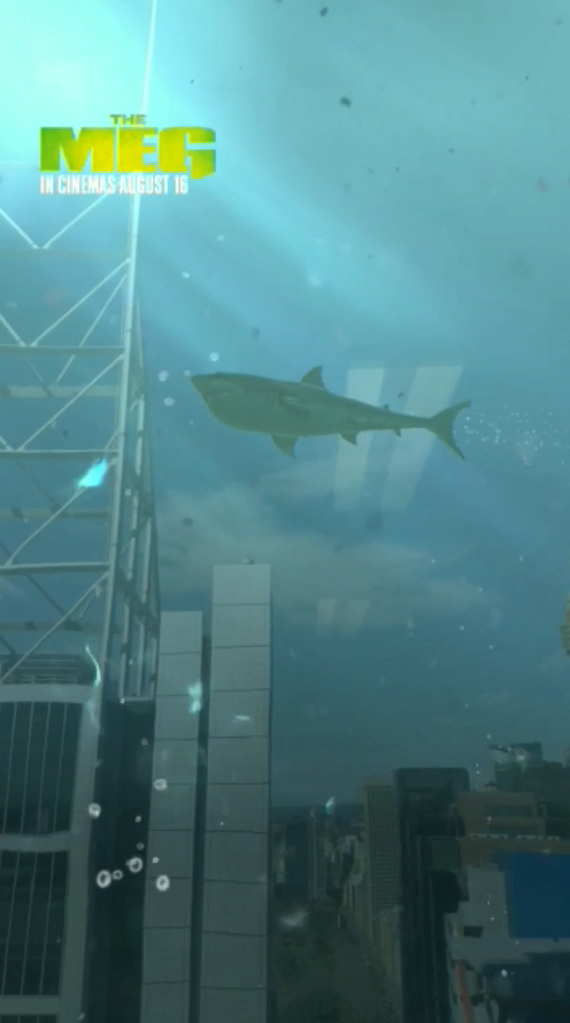 The lens went live live nationally across Australia for one day only on Saturday.

“The ability to immerse our community into the Meg’s world in a realistic way, using market-leading technology, allows Snapchat’s four million daily active users the chance to experience the sheer thrill and size of The Meg.”

Michael Merckel, digital media lead at Roadshow Films, said: “Our challenge was to use technology to showcase the massive scale of the Meg. Snapchat nailed this by bringing it to life so anyone with a smartphone can experience The Meg.”