Building on last year’s top job at the Rugby World Cup, the Qantas Wallabies have another season of exciting international rugby ahead of them, and BMW isn’t about to pass up the opportunity to be part of the action, teaming up with Ogilvy Melbourne and Vizeum to launch a new integrated campaign that reinforces the brand as the ‘driving force’ behind the national team.

Filmed in Australia, the patriotic TVC reflects the long journey the Wallabies have undertaken on the way from grassroots rugby to the glory of the world stage.

The TVC is supported by a strong social presence, online content, high-impact large format OOH, digital executions, CRM and in-store POS. The campaign features some of the Wallabies’ most powerful players alongside a range of BMW’s most powerful vehicles.

BMW and Ogilvy also created the BMW Rugby Pathways Hub – a collection of stories from past and present Wallabies to inspire all young rugby fans and players. Wallabies players share their own pathways to the world stage as well as tips, tricks and training drills to help young players improve their skills.

All elements aim to reinforce the importance of the formidable partnership between BMW Australia and the Wallabies, and BMW’s position as ‘The Driving Force Behind the Wallabies’.

General manager of marketing at BMW Group Australia Stuart Jaffray said, “BMW continues to support the Wallabies in 2016 as the official vehicle sponsor, and broadens this relationship to drive Australian rugby from grassroots to the world stage.

Australian Rugby Union general manager – commercial, John Nicholl added, “BMW is a valued partner of Australian Rugby and this integrated campaign underscores the important role it plays in supporting all of our players, from the grassroots programs to the Wallabies.

“As a brand that exemplifies strength and passion, they are a fitting partner for Australian Rugby as we head into this year’s international rugby season, which kicks off with the first ever three-Test series against England.”

The campaign launched this week and will continue as the Wallabies take on the English Rugby Team in the three-Test series in June, throughout the Bledisloe Cup and the Rugby Championship in September.

Want to learn more about sports marketing? Give this little link a click and find out more about our spectacular Ministry of Sports Marketing conference coming up on July 19. Follow the social pages – Twitter and Facebook – for more information and updated stories. 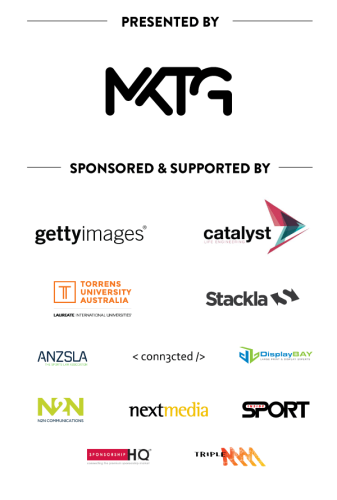