Nike has been criticised over the “tone-deaf” wording of its latest Australian Open ad amid the ongoing Australian bushfire crisis.

The apparel ad referenced the “fiery conditions” the tennis players would battle in, with the word choice angering social media users.

An article on Nike’s website read: “Melbourne also tracks the hottest temperatures of any of tennis’ four majors.

New York Times journalist Ben Rothenberg was the first to notice the dicey choice of words.

“Juuuust a bit tone deaf here, Nike,” he wrote on Twitter, including the below screenshot. 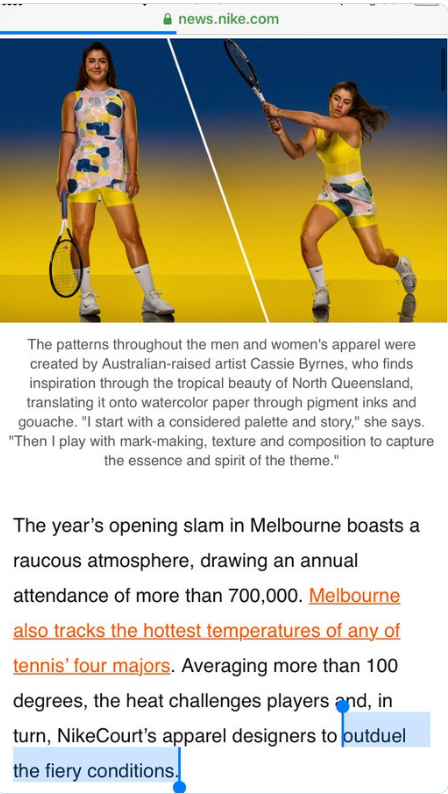 Following the backlash, Nike changed the wording on their website.

It now reads: “This garment is informed by Atlas body-mapping to identify the areas that tend to overheat (notably under the bra and at the neckline) and is pieced together to maximise breathability in those spaces.”