For the first time, News Corp Australia is launching its summer of cricket and the Fox Cricket channel with a 32-page guide to the 2018-19 season.

The guide launches today and will wrap The Daily Telegraph, Herald Sun, The Courier-Mail and The Advertiser. The 32-page cricket wrap is News Corp’s biggest ever cricket-centric print and digital strategy.

The 32-page wrap also includes a pull-out wall chart with all cricket fixtures this summer. 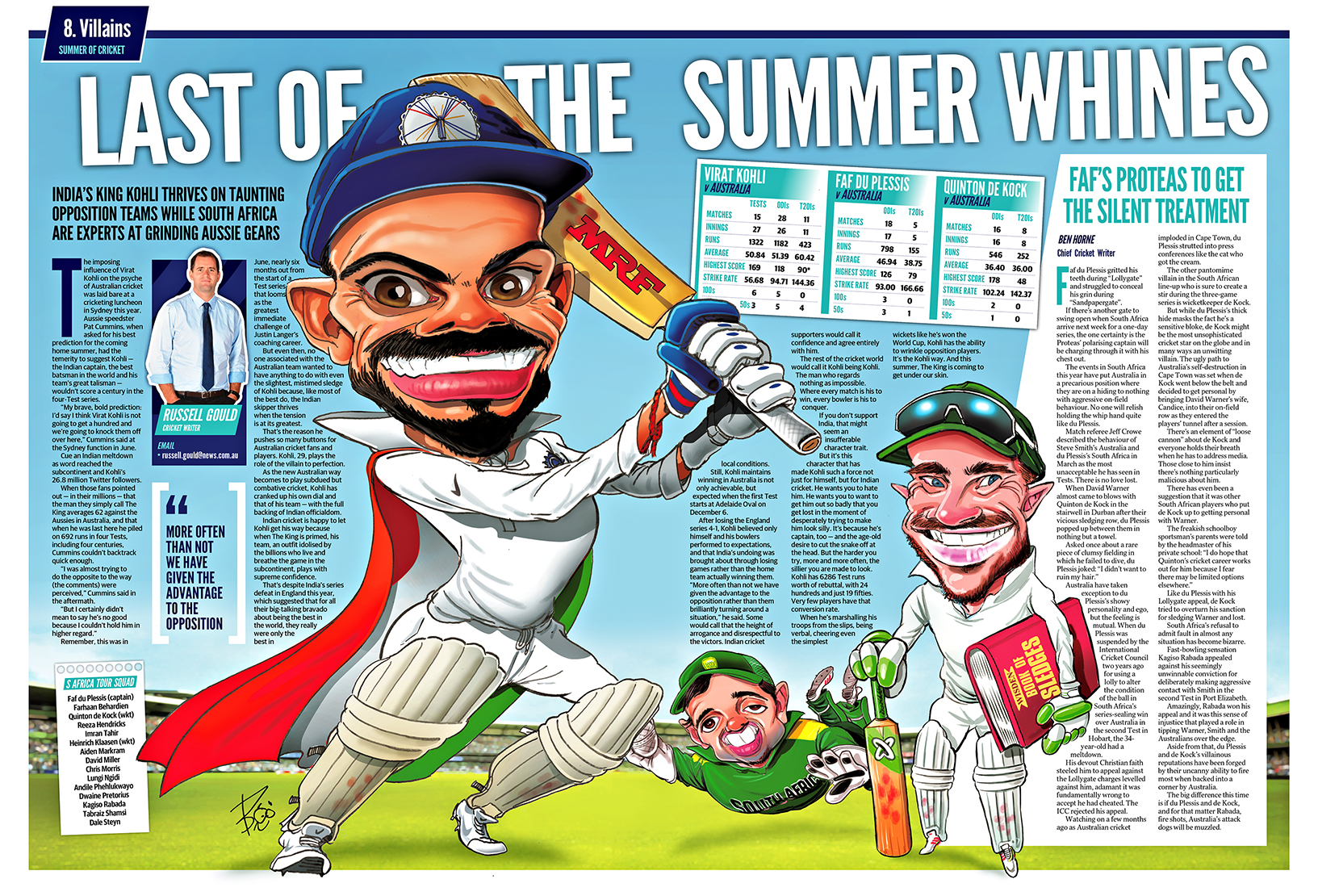 Coinciding with the cricket wrap, in a united push, News Corp’s major metro newspapers are today seeking to reignite the debate about the controversial ball tampering saga and sanctions by determining whether people think former Australian cricketers Steve Smith and Dave Warner should be reinstated to the national side via a poll.

This follows an article by chief cricket writer Robert Craddock today, featuring exclusive pictures taken yesterday of Smith in the nets in Sydney.

News Corp managing director of sales Lou Barrett said: “We are taking the cricket fans beyond the game, with the ultimate experience, keeping them engaged with News’ suite of assets, including analysis, game day updates and commentary, as well as ‘second screen’ initiatives including Supercoach, the premiere location for any fan looking to be part of the game in a whole new way.

“Today is the start of us redefining cricket in Australia, with unprecedented coverage across a print and digital network that reaches 12 million sports fans a month, including five million cricket fans.

“Australians have an insatiable thirst for information about what happens beyond the game, and we are better placed than any other media group to satisfy that demand.

“This 32-page cricket wrap demonstrates just that, and it’s only the beginning of the largest print and digital launch of cricket in history, 24/7 right throughout summer.”

Craddock said: “After more than 30 years of covering the game, I am more excited than ever to be part of the News Corp cricket team and to help launch this landmark guide to cricket like never before.

“Since Fox Sports gained the cricket rights, our daily newspapers have made a nationwide commitment to rejuvenate our coverage with extra space and manpower and a complete overhaul of our traditional coverage, from statistics to news and analysis pieces.

“In this wrap, we deep dive into statistical areas, telling readers not just how a player is performing, but the reasons why he is playing that way, and there are scoreboards and general stats presented as they have never been presented before.”