Hootsuite, the most widely used social media management platform, and We Are Social, the global social media agency, today release Digital in 2017, a report of social media and digital trends around the world.

Examining data from 238 countries, the sixth annual report finds 50 per cent of the world is now connected to the internet and examines the opportunities that increasing connectivity has for organisations worldwide.

The 2017 key findings include: 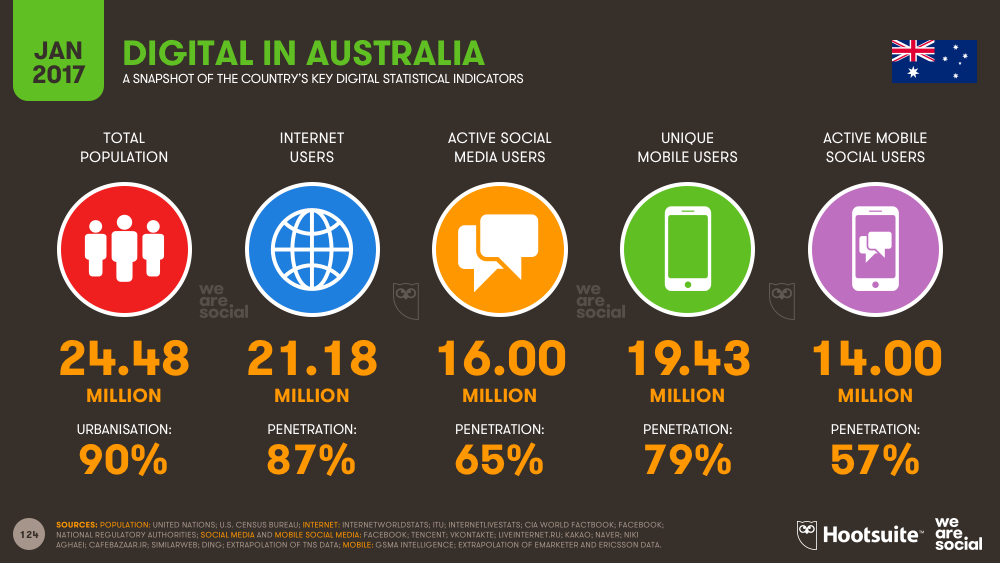 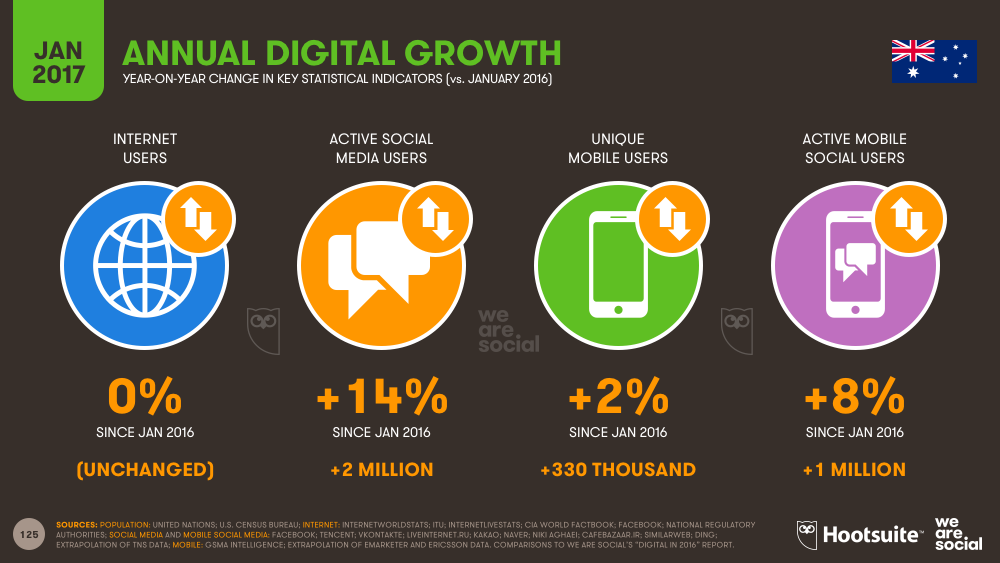 In Australia, social penetration saw double-digit growth at 14 per cent. A total of 16 million Australians are now on social media, 57 per cent of whom access social via mobile devices. Australia’s mobile social usage further cements its 68 per cent lead over the global average. As a result, organisations should plan to transform their communications strategy to increase customer engagement and real-time interaction across the customer journey.

“One of the greatest opportunities of a digitally connected world is the ability to have immediate conversations, wherever and whenever customers want. Social media not only enables organisations to amplify its brand, but also build trust, credibility and human relationships at scale. It is now as much the responsibility of the top executive as the social media manager,” said Roger Graham, senior director, Growth and Marketing, APAC, Hootsuite.

“Half of the world’s population is now online, which is a testament to the speed with which digital connectivity is helping to improve people’s lives. The increase in internet users in developing economies is particularly encouraging,” said Simon Kemp, We Are Social. “Given this latest data, it’s probably time for us to stop referring to social as ‘new media’, and integrate it more seamlessly into our day-to-day activities.”

The report compiles data from the world’s largest studies of online behaviour, conducted by organisations including GlobalWebIndex, GSMA Intelligence, Statista, and Akamai in a comprehensive state of social media reference. The 2016 report has seen nearly 70,000 downloads and 2.5 million reads on SlideShare to date.

Digital In 2017 is the lead document in a suite of reports produced by We Are Social and Hootsuite.