Making the announcement today, Network 10 revealed it had selected Amazon’s cloud computing subsidiary Amazon Web Services (AWS), to support the video transport structure for the production of its upcoming reality series I’m a Celebrity… Get Me Out of Here.

The partnership will also see the broadcaster use AWS to enhance the streaming delivery of live sports and popular shows including The Bachelor, Australian Survivor, and MasterChef Australia.

Using the AWS Elemental MediaConnect cloud video transfer service, Network 10 will be able to transport video from the remote South African filming location back to its Sydney-based production studio.

“Obviously communication from Africa is pretty difficult, so we’re essentially bound to traditional broadcasting satellite-type services and what tends to be very low bandwidth internet services,” he said.

“So we’ve actually utilised the AWS technologies to be able to exchange content in a far more cost-effective and much more efficient manner.”

10 also worked with AWS for the past season of I’m a Celebrity and the two companies have a partnership dating back to 2015.

So what’s different this time around?

“[The most recent season] was a bit fo a trial, I think we were the first in Australia to use the technology and it was only just being released by AWS,” Tuendemann explained. “It was a bit of a trial around how reliable it was going to be and whether we were going to be able to get some benefit out of it.”

“Now that we’ve proven that, we’ll probably rely on it a lot more for real-time exchange of content between the sites.”

Using a combination of technologies, Network 10 reduced its production turn around window from overnight to less than two hours, and in some cases, only a few minutes. 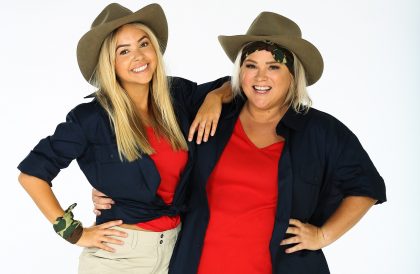 In many ways, this partnership between a global tech giant and a local broadcaster is indicative of the future of content.

Audiences now expect high-quality content delivered on-demand. And according to Tuendemann these cloud-based innovations – which includes a streaming tool that encodes live video for play on any device – can provide this.

“It’s around being more agile and faster to market,” Tuendemann said. “If you’re having to use traditional broadcasting systems, they are cumbersome, they tend to be quite expensive and they’re quite restrictive.”

“What we’re leading to now with cloud-based services is that we can stand those services up on-demand… we don’t have buy infrastructure, we’re buying on capacity.

“It’s about being more agile, moving faster and lowering costs. If you look at what it’s like to stand up traditional infrastructure – whether it be satellite or fibre – to be able to do these services now over IP-based networks, it just gives organisations a lot more flexibility and ability just to move faster,” he said.