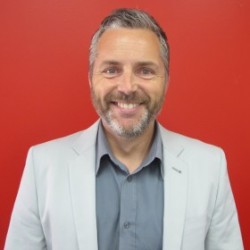 The ability to take a more longitudinal look allows us to surface clearer patterns of growth, and in doing so, I think more importantly, amplifies some signals from online’s past, when it itself went from being on the periphery of marketing to being the most sought after.  That journey, with all its associated commotion, and frustration, is where mobile has reached.

It’s big, important, amping up, and it’s the king of disruption.  And, just like online, mobile will be the making of some brands (and careers), but also inevitably create many more also-rans, businesses that will simply miss the mark and loose ground, and folk who get stuck in dusty and dimly lit corners of the ecosystem.  We see today prominent companies that were sluggish in online and still paying for it dearly, however, the injury that under-investment in mobile will inflict will be far greater, because mobile is today already a broader holistic customer channel, not merely an ad media.

The growing base of folk working in mobile is reflected in the Reports sample size, the biggest achieved of the last three years, (350 people) across agency, brands, publishers, and tech venders. Good robust sizes, with also a good level of seniority of respondents.

For some context, some headlines are;

So, depending on your point of view, mobile is either traveling too fast for us to keep up, or not fast enough to overcome limitations, or both, in parallel…  explains the neuroses we all have.

A more noteworthy shift is in the objectives mobile is being set. Mobile media investment has been migrating away from it’s early DR focus for a good number of years now, and in this 2015 Report, the top two Objectives recorded are for ‘Brand Awareness’ (30 per cent), and ‘Increase Engagement’ (31 per cent), whilst ‘Drive Sales’ has actually declined.

Mobile’s share of traffic is the biggest reason, the audiences are decreasing in traditional media and static in online. This is a good reason in of itself, and this we know.  An appetising recipe of better ad products, creative design, and superior targeting blend to also help.

But another reason suggested to me that holds true, relates to the emergence of the packaged goods sector in mobile over the last 12-18 months. This sector has more heavy lifting marketing machinery that promotes longer term thinking and evaluation of engagement, and success KPI’s across a broader range than other sectors.

Organisationally many are also incredibly globalised.  Brand strategies are global, planning regional as well as local, sharing ideas and work via internal systems more common place, plus inevitably some healthy competition amongst the leaders of the key Regions, all add up to form an ecosystem where success in mobile is a responsibility and an expectation.

Sounds like utopia, it isn’t, and those inside large multi-national CPG companies more commonly say they pull their hair out, but they also recognise they have an advantage, and the evidence is, many are taking it, and in so doing, modeling metrics that get to grips with brand and ad strength better. 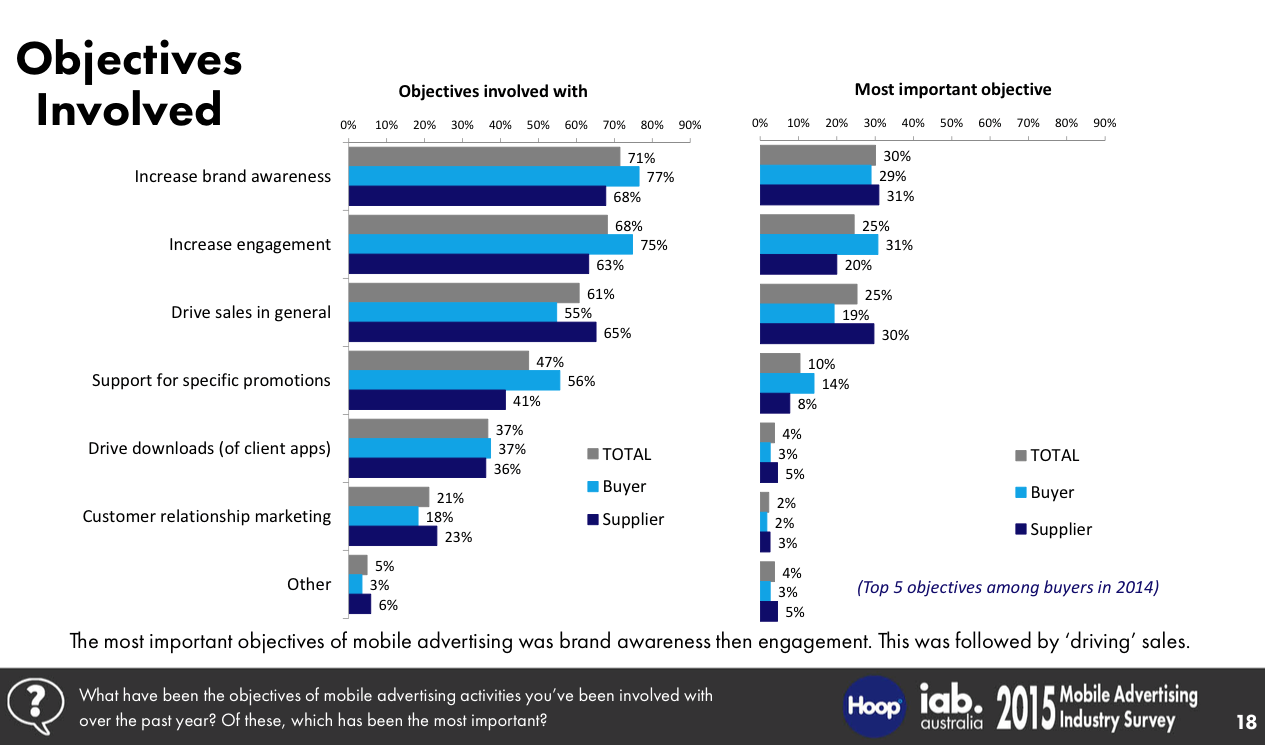 On metrics, in the Report, there’s confirmation that the foulness of CTR as a catchall is on the wane, or at least showing signs of being put in its place. Hold on though, I’m not calling CTR’s demise, but as spends, capability, and experience climb, so does the ability to better distinguish mobile’s impact.  There’s a reasonable correlation mapped in the Report, for instance, between brand awareness and reach and frequency, or CRM and share of conversion modeling.  This is promising.

Programmatic’s rise gets quantified but it’s appeal is like celebrity.  Everyone’s talking about it, and it kind of sounds and looks interesting, even if many haven’t the foggiest. The take-out from the charts is it’s rapidly developing in influence, and getting on-board is an urgency.

Lastly, looking at what respondents believe will help drive Mobile forward is revealed.  Firstly ‘More knowledge and understanding’ tops the list, followed by ‘More and better measurement’ (OCR will be a step-change), ‘Attribution/tracking’ is particularly cited by buy-side, and ‘More experts and specialists’ cited by brand marketers.