Last week, B&T held its live judging day for the finalists of the B&T Awards, and witnessed the ridiculously high calibre of agencies that this industry boasts.

So we decided to share a little insight into what the day involved, and what your awards finalists are capable of. In this series, we’ll take you through some of the finalists (who chose to participate) from each category, and showcase a summary of their entry.

More than 800 people are expected to attend this year’s awards, which will be held at Sydney Town Hall on Friday 18 November. Twitter has come on board this year as the principal sponsor, so grab your tickets now to avoid missing out on the biggest industry event of the year!

Today, we introduce three of the finalists from the Advertising Agency of the Year award. The finalists were:

Of these finalists, we’ve got a glimpse at the entries of Colenso BBDO, The Monkeys and TBWA\Australia.

In 2015 we set ourselves a three-year vision: ‘To be the most culturally connected creative company in Australia’. We believe that in the 21st century a brand’s place in culture is its most powerful competitive advantage and source of growth.

We have restructured our agency model, our teams and our processes around an operating system called Disruption Live™ which is enabling us to deliver ideas and content at the speed of culture.

We also renewed long term contracts with David Jones, Apple and Tourism New Zealand. We have grown our revenue base by over 26 per cent in the last 12 months and our profitability has grown 38 per cent. Eleven, our PR division has had an exceptional year doubling in size.  We have also had an outstanding year creatively.

At Cannes we won 2 Gold, 4 Silver and 4 Bronze across 5 clients.  Our work for ANZ around driving positive cultural impact has delivered 15 Cannes Lions over the last 3 years.

TBWA Australia continues to lead the agenda for diversity, with leaders like Kimberlee Well, our CEO in Melbourne, and Nitsa Lotus, our MD in Sydney. We believe in diversity of thinking, so we are proud of our diversity across Men/Women, Old/Young, Gay/Straight, and cultural diversity.

We are also proud that diversity is central to many of our best campaigns over the last 12 months including #Equalfuture for ANZ, #itsinyou for David Jones, GAYNZ for ANZ and #madebymany for Women in Engineering.

For 46 years, we’ve been in the business of commercial creativity. Imagining new ways for businesses to succeed. We’ve worked hard to make it true for clients and for ourselves.

Our industry is changing at breakneck pace. Agencies are being asked to deliver more for less. Technology persists in shaking up what we think advertising, or an agency should be. For clients, marketing is now more than a department. It’s a company-wide engine for growth.

The change around us is staggering, and our agency has changed a lot since last year. We have new talents, new departments and new capabilities and processes.

What hasn’t changed is the culture that creates our work.

Or the way we measure ourselves:

By these measures we’ve had our best year in our 46-year history.

We managed a Colenso BBDO/Proximity record at Cannes in June, with 17 Lions. We were awarded six Pencils at D&AD.

Creative Agency of the Year at Spikes Asia.

Agency of the Year at NZ’s Axis Awards.

Contagious Magazine named Colenso BBDO/Proximity the Bravest and Best Agency in the World in 2016.

The Big Won named us #6 Agency in the World.

We are Agency of the Year at NZ Effies.

And we’re the 7th Most Effective Agency in the World in 2016.

Along with five new business wins, including New Zealand’s biggest and most coveted marketer, Spark, we’ve grown revenue across our existing clients in a big way too – through an integrated services philosophy.

A record year for us and a New Zealand record for 2015. By some margin.

Our purpose is to make provocative ideas happen. Our ideas live within advertising, entertainment, technology and design.

Advertisers have historically spent far too much time and money saying what they want to say, rather than what an audience wants to hear. So for a brand to stand out in today’s competitive market it has to surprise people, engage them and reward them for their time.

So we try and surprise the world with provocative ideas. Over the last 12 months we have done this with some of Australia’s finest brands.

Repositioning Telstra from a telecommunications company to a technology company with Telstra ‘Thrive On’ was arguably one of the biggest brand launches in 2016. In fact the year saw us become the lead brand agency on both Telstra and Qantas.

We created the most talked about and shared campaign of 2016 for Meat & Livestock Australia, Operation Boomerang – a campaign that won the Grand Effie, MLA Client of the Year and The Monkeys Agency of the Year at the Effies.

Other campaigns of note included a man riding horses singing Darrly Braithwaites The Horses, for Bingle.

We also overhauled the UBank brand with a new identity and brand campaign, revealing a new guiding principle ‘Just The Bank You Need’ which got Australians’ thinking about their needs and wants.

Launched a new platform for HCF, Health Comes First, that represents how HCF is founded on the principle of mutuality, and helped HCF stand out from the other big insurers.

Also, sustaining the upward trajectory of the IGA brand under the campaign idea ‘It Pays To Shop Independent’, which made Australians’ want to shop locally with comedian Shane Jacobson.

We then built on the success of the Blackmores brand with new product launches under the Be A Well Being platform, and continued Sydney University’s ‘Leadership For Good’ campaign, introducing a virtual experience that followed five students throughout a day at university.

We created new technology ideas, our own product, and entertainment formats, included a documentary on iconic surfwear brand Mambo which airs on the ABC in November.

And to top it off we continued to win agency of the year awards, creative awards and most importantly more Effies than any other agency in Australia. At the same time our business grew revenue by 20 per cent and profits by over 30 per cent.

All in all our best year ever.

Stay tuned for our next instalment of the B&T Awards finalist presentations. 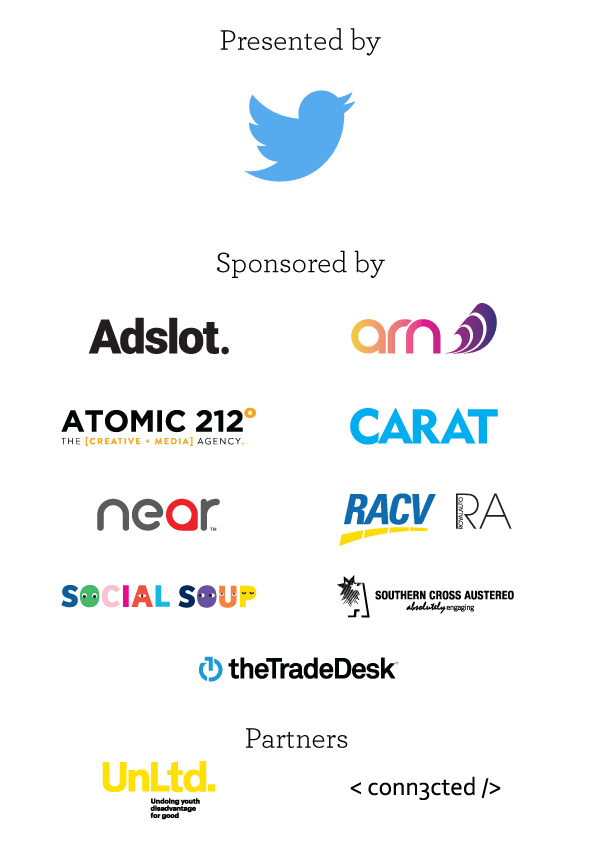