You’re probably familiar with our annual 30 Under 30 Awards, but this year we’re turning it up a notch with a new daytime forum called Towards 2030.

Similar to the Women in Media forum we launched last year, Towards 2030 will offer attendees a speed mentoring session in the morning and a workshop to create the ideal agency in the afternoon.

We’re proud to say that News Corp Australia CMO Tony Phillips (pictured below) will feature as keynote speaker of the event. 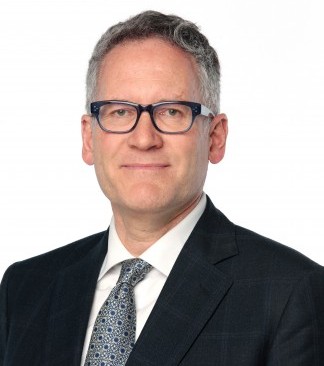 Speaking recently with B&T, Phillips said Towards 2030 offers an opportunity for some of the industry’s most experienced media CEOs, CMOs and agency founders to share their experiences and learnings with some of our upcoming best and brightest.

“There are very few platforms available at present who are offering this,” he said.

We’re pretty stoked with the other mentors we’ve lined up as mentors for the event, and you should be too. Here there are: 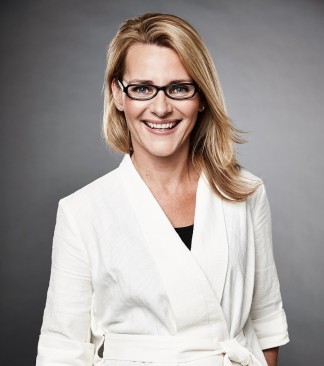 Kimberlee’s career in advertising began in the mid-90s in account management. Since then, she has been fortunate to work within some of Australian’s most respected advertising, direct marketing and digital agencies, including Wunderman, M&C Saatchi, George Patterson Y&R, Clemenger BBDO/Proximity, and most recently, TBWA.

Along with her team, she has guided clients to win local and international awards for creativity, effectiveness and bravery. In the last three years, ANZ and TBWA have been beneficiaries of 14 Cannes Lions (including a coveted Grand Prix for PR) and recently were awarded three Australian Effies for work including GAYTMs and Equal Future – a campaign that resulted in a Senate inquiry into the superannuation gap. She has also led the agency to win Network Agency of the Year and Digital Agency of the Year.

Kimberlee’s early training in direct marketing led to her curiosity of consumer behaviour. Unsurprisingly, she is passionate about data and is a strong advocate for the role it plays in evidencing insight and creative impact, but she also believes in the magic of instinct and intuition. Her respect for creativity and in particular the creative development process has seen her referenced as a true creative partner amongst many CD’s and ECD’s she has worked with.

Kimberlee is a regular media commentator and speaker at industry events. In 2016, she was named by Campaign Asia as a Women to Watch and holds a top 30 position in the B&T Media Power List. She also serves as non-executive independent director to Pental Products.

All whilst raising her two boys – Zach and Noah. 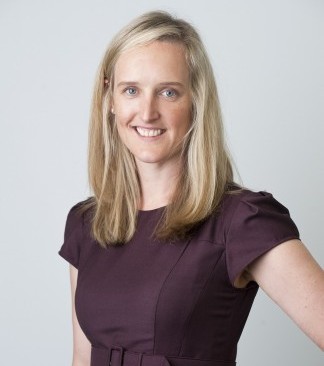 Aimee has over 16 years’ media experience in the Australian market working across a range of high-volume blue chip clients, and ultimately leading and managing the OMD media business, driving operating standards and product output to achieve brand vision and company goals.

Thriving in fast-paced categories, Aimee has a real passion for managing complex pieces of business, leading large teams, and working as a partner to clients in the development of communications solutions that leverage business opportunities. Testament to the scaling traction and momentum achieved since joining OMD in 2011, Aimee was appointed CEO of OMD Australia in October 2016, leading and managing the largest media agency network in Australia of 500-plus staff across six offices.

Aimee’s career trajectory with OMD has been testament to the outstanding impact and contribution she’s delivered to the agency, our clients’ business, and wider media community. This has culminated in OMD Australia being ranked 10th in BRW’s Top 50 Best Places to Work and OMD Sydney being named in the top three agencies in the world on the 2015 WARC 100. 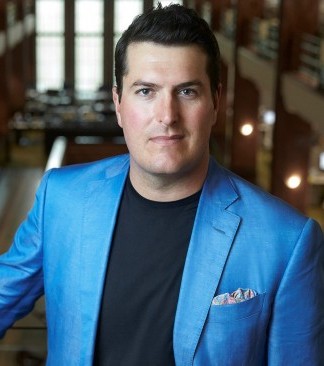 Passionate about brands and the power of creativity, Jaimes was appointed CEO of M&C Saatchi to navigate the group into the future.

Jaimes is excited by entrepreneurial thinking and new ways of working, shown by the addition and success of start-up Tricky Jigsaw and customer relationship specialist LIDA Australia, to help service M&C Saatchi’s clients in a more tailored and effective way.

In addition to his role at M&C Saatchi, Jaimes is also the chairman of The Communications Council.

A zealot for contagious ideas and big brand platforms, he believes there has never been a more exciting time to work in advertising. 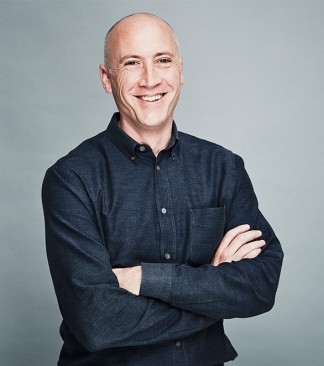 Mark started The Monkeys with Scott Nowell and Justin Drape in June 2006. In 2012, Mark, Scott and Justin also started design company Maud along with David Park. In 10 short years, they’ve grown from three founders to over 120 employees.

Mark began his career working at Coca-Cola before moving on to work at DDB, Clemenger and Saatchi & Saatchi. Throughout his career, Mark has worked on some of the world’s most renowned brands and campaigns, including IKEA, Telstra, Qantas, Parmalat, Bingle, Toyota, Fox Sports, FOXTEL, Gillette, UBank, United Nations, Blackmores, University of Sydney, Nike, Pacific Brands, Meat & Livestock Australia, and Sydney Opera House.

Many of the campaigns Mark has worked on have been recognised locally and internationally at award shows such as Cannes, D&AD, One Show and Clio. Mark also sits on the board of The Communications Council. 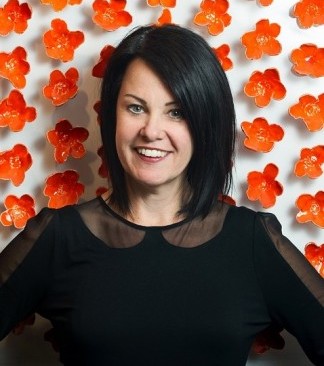 For more than 25 years, Jane has built a career based on technology and disruption. Working across blue chip organisations including Microsoft, Vodafone and Fairfax in Australia and internationally, she has had roles spanning technical support and systems engineering, through to sales, marketing, channel management, CEO and MD.

In her most recent role at Pandora, she was chartered with growing the first international subsidiaries for Pandora – establishing a broad base of streaming radio listeners, implementing the commercial model, partnerships and long term market approach. In four years, the business has scaled to 60 staff over three locations, and five million registered users.

She also works as a mentor, focusing on female-led start-ups through the accelerator programs SheStarts (Blue Chilli) and Slingshot. Jane is also an ambassador for the Big Day Off – a charity supporting Australians affected by spinal cord injury. 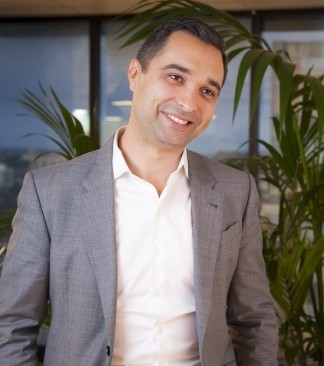 Hailing from New Zealand, Sean kicked off his media career at Pegasis Auckland in 1999 as a junior buyer, joined Doremus in San Francisco as a planner, and then joined MediaCom San Francisco in 2003 as a media manager.

Sean’s strong global experience in digital and business development, coupled with an intimate knowledge of GroupM from his tenure at MediaCom, made him the ideal candidate to launch the GroupM Brands (MediaCom, Mindshare, MEC and Maxus) in New Zealand, so in November 2014, he returned to his home country and did exactly that. In late 2015, Sean returned to MediaCom, this time as CEO for Australia and New Zealand.

Not yet 40, Sean is a true industry and MediaCom veteran, and is loving life in Sydney.  Outside of work, Sean loves watching the New Zealand All Blacks win every game they play, American football and hockey, fishing in spectacular spots, and good wine. 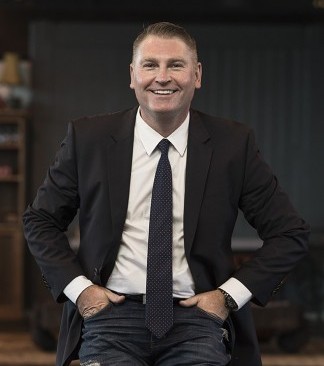 Starting his career in London in 1995, Jason’s experience is rare in that it includes media, creative and management consulting.

Over the past 20 years, Jason has held a variety of senior local and global industry positions including CEO at MediaCom UK, deputy CEO at MediaCom Europe, GM at Saatchi & Saatchi NZ, GM at Ogilvy & Mather Australia, GM at Dentsu Australia, and consulting practice director at Deloitte Asia.

Jason is well-known in the industry for his firm stance on transparency and integrity within the media community, as he is active on the speaker circuit. His particular areas of interest include brand reinvention, the performance and accountability of media, and behavioural psychology.

In 2015, Jason was named Advertising Industry CEO/Head of the Year, and was runner up for Australian Business CEO of the Year.

Jason’s personal interests include travel, the beach, rugby, his wife Marisa, and his three children.

The Towards 2030 Forum will take place at Ivy in Sydney on Thursday 27 April. Secure your ticket to the shindig here.

If you’re still a bit vague in knowing what the Towards 2030 Forum is all about, we’ve explained it in more detail and pre-empted some of your FAQs here.