The tragedy of missing flight MH370 has puzzled the world since it disappeared on March 8, 2014, with 239 people on board – including six Australians – en route to from Kuala Lumpur to Beijing.

Today, nearly three years later and with no news on the plane’s mysterious fate, the search has officially been called off.

Transport Minister Darren Chester and his Malaysian and Chinese counterparts made an official statement saying the last vessel conducting the sonar imaging survey to find MH370 had left the search area in the southern Indian Ocean, none the wiser on the whereabouts of the Malaysia Airlines aircraft.

In the statement, Malaysia Airlines said, “The search has been a thorough and comprehensive effort… we share in the sorrow­ that the search has not produced the outcome that everyone had hoped for. Our thoughts and prayers are with all those who are affected by this tragedy.”

At the same time, Malaysia Airlines’ Facebook page posted an image of two cheerful pilots holding coffee cups in the cockpit of a plane. Per The Australian, the caption read, “Good morning from the cockpit! We wish you a great flight wherever you are today.” 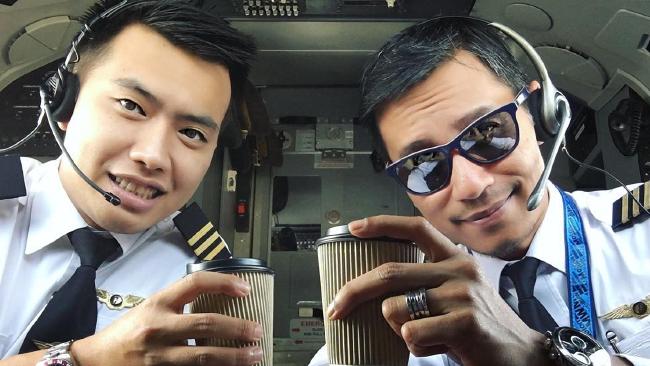 The now deleted photo, captioned, “Good morning from the cockpit! We wish you a great flight wherever you are today.” Source: The Australian

The post appears to have now been deleted from the page, after an uproar from those who claimed it was further proof of the harsh indifference the airline and Malaysian officials displayed towards finding the missing plane.

Per The Oz, one of the comments on the post came from Peter Weeks, who lost his brother Paul on MH370. He wrote, “So shameful … Perhaps the slogan should be ‘We wish you a great flight, but can’t guarantee you’ll actually see your family ever again’.”

Paul Weeks’s widow, Danica, also commented, “The pilots wear Rolexs, they refuse­ to fund a further search for my husband, Best friend and fathe­r of two young boys … but hey you decide. It’s a crazy world when all morals and values go out the door!”

Responding to The Oz, Malaysia Airlines admitted the post was a scheduled piece of content that was part of a wider social strategy, and that it appeared ahead of the announcement that the search was being called off.

“At the time of posting, Malaysia Airlines was unaware a statement regarding the MH370 search would be made that day.”

In a press conference made in Melbourne yesterday, Australian Transport Minister Darren Chester rejected pleas to expand the search into a new area of 25,000 square kilometres, north of the current search area, which was last month identified by a group of international experts enlisted by the Australian Transport Safety Bureau.