Dr Ron Ehrlich (pictured below) is the author of A Life Less Stressed; the 5 pillars of health & wellness and in this guest post looks at the stats of healthy, happy workers and why it makes good business sense for managers and firms alike…

What makes a great leader, and how is that leadership reflected in the business they lead? According to Forbes magazine a great leader knows their team, recognises that these people are the key to the success of the business, encourages and facilitates them to be the best they can, focusing on helping them achieve their goals, as individuals and as a business. 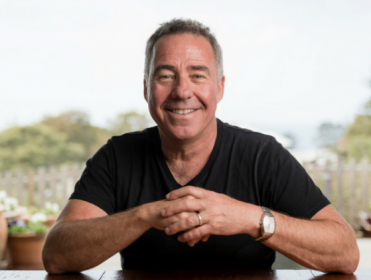 Business leaders are uniquely placed to directly influence the health of those they lead, and the return on investment is significant. Research shows that there is a saving of $5.81 for every $1 invested in employee health and wellbeing in less absenteeism, greater productivity, better morale and less staff turnover. In order to fulfil potential, whether it be as individuals, part of a family or community, or as an integral part of a business, being healthy is central to that goal.

Businesses that do not manage health and wellbeing well are four times more likely to lose talent in the next twelve months. It has been estimated that staff turnover costs Australian businesses $20 billion dollars per year.

Not surprisingly, healthy workers are more productive at work than unhealthy workers. Healthy workers are three time more effective (143 effective hours per month), than unhealthy workers (49 effective hours per month). A 2016 report showed that absenteeism increased by over 10 per cent from the previous 12 months. According to another report absenteeism and presenteeism, that is showing up for work but not being at your best, costs the Australian economy $35 billion/year or three per cent of GDP. Employees that are unhealthy are nine times more likely to take sick leave than healthy employees, with 18 days per year lost compared to 2 days per year.

More than half of the Australian workers surveyed don’t get enough sleep, which affects every measure of physical and mental health. Poor sleep, affects memory, empathy, cognitive skills, energy levels, immune system and much more, in turn affecting engagement and productivity. Lack of quality sleep is a significant business issue, affecting leaders and employees alike.

When it comes to exercise people in the workplace reflect the reality of a broader community, with 62 per cent of the workforce doing no exercise, or less than one hour of exercise per week.

While businesses recognise health is important, what is the best approach? One way is a clear health message, a holistic approach to the challenges in our modern world. Public health messages are confusing and often contradictory. Because the majority of people acknowledge that stress plays a significant role, defining what those stressors are is a good start. In order to solve a problem, it helps to know what that problem is. Recognising and minimising stressors is key. Then build resilience by focusing on five pillars of health, by prioritising sleep, breathe, nourish, move and think.