The ad, out of the UK, features a chicken in a warehouse dancing to DMX’s rap track X Gon’ Give It To Ya.

The campaign, titled ‘Whole Chicken’ by KFC’s new London creative agency, Mother, is apparently designed to show that KFC cares about its birds before covering them in 11 secret herbs and spices and deep frying them.

KFC’s UK chief marketing officer, Meg Farren, said of the ad: “At KFC, we’re proud of our chicken. We’re not afraid to show it.

“‘The Whole Chicken’ represents a step change for us, taking a bolder stance when it comes to engaging with our loyal customers and fans.”

Check out the funky ad below:

However, animal rights group PETA has slammed the ad, even likening it to its own recent animal welfare poster campaign “I’m Me, Not Meat”. 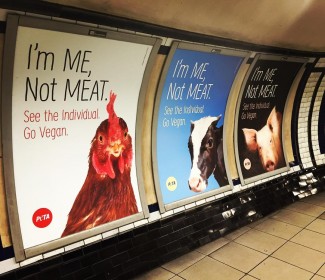 Elisa Allen, PETA’s UK director telling The Independent: “It certainly looks as if we designed it, because it challenges anyone thinking of eating chickens to look these smart, sociable, sensitive, and beautiful birds in the eye and recognise that they’re individuals, not body parts to be battered as nuggets.

“And that before they go into the bucket or bag they’re forced to spend their miserable lives crammed into sheds with tens of thousands of other birds, unable to escape their own waste while the ammonia burns their legs and lungs.”

And viewers of the ad have been left both bewildered by it and furious. Check out some of the social media reaction below: 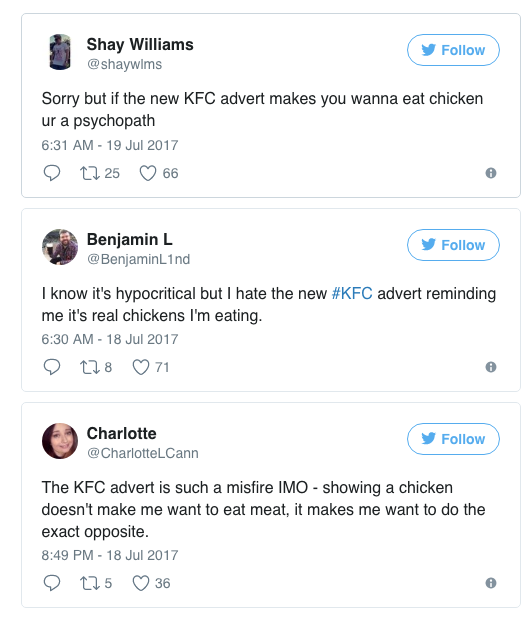 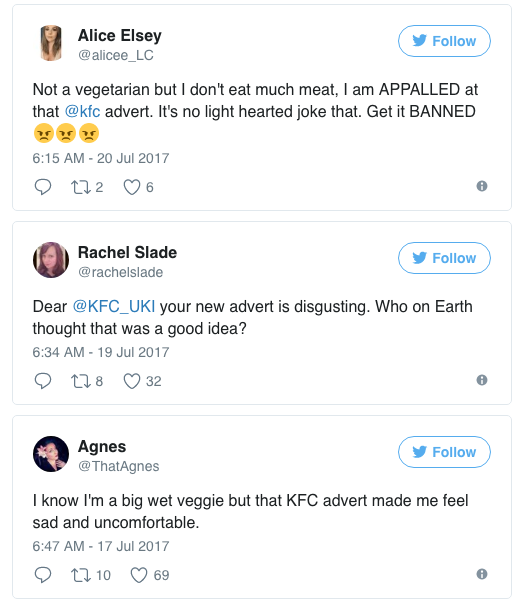