However, it wasn’t all good news for JB Hi-Fi, its rating actually dropped one per cent from this time a year ago.

Oddly, only five Aussie retailers appeared to be compared in the 2017 rankings – JB Hi-Fi, IKEA, The Good Guys, Betta Electrical and Harvey Norman. 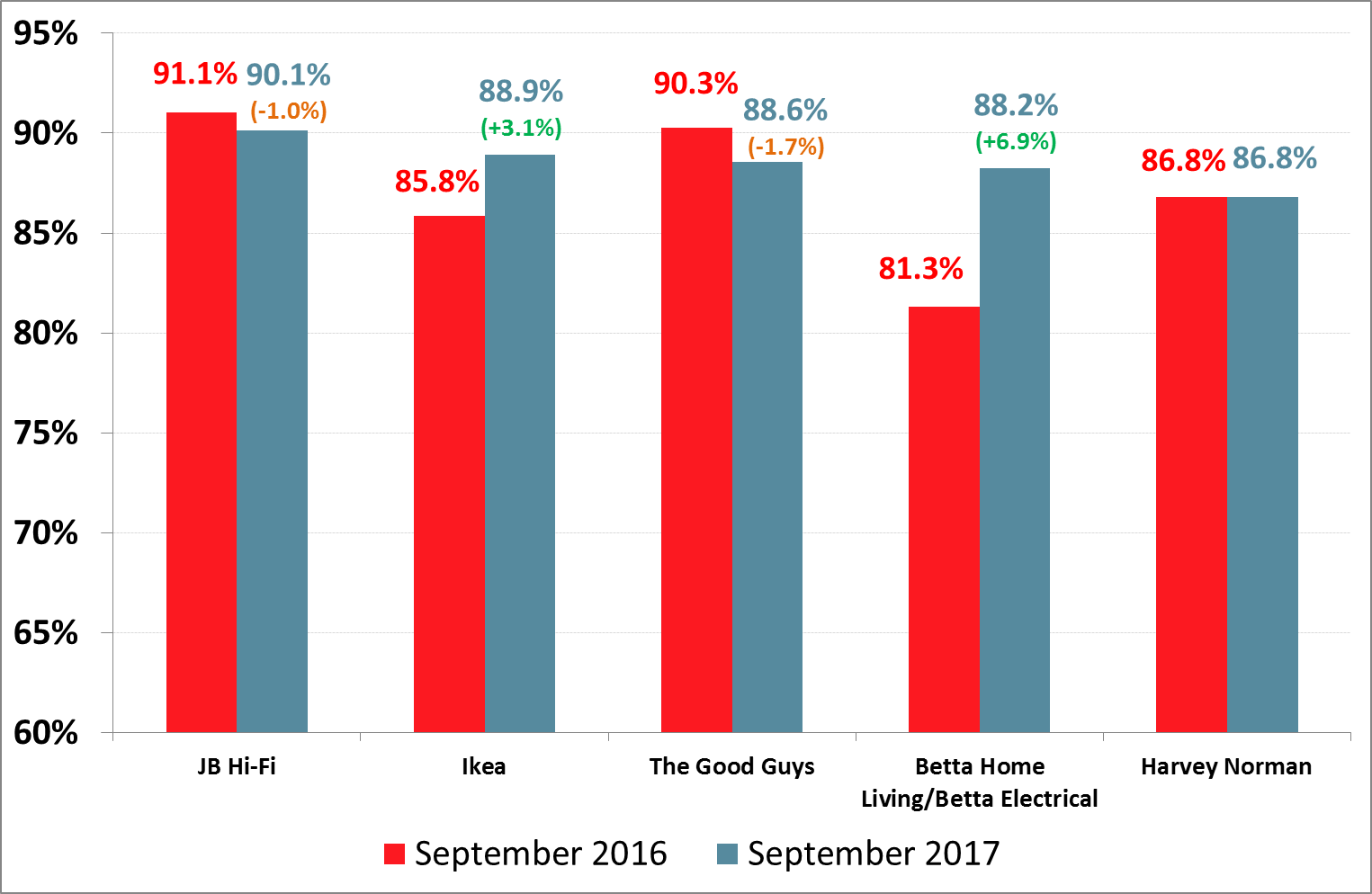 The biggest improver in the category over the past year is 2015  winner Betta Home Living/ Betta Electrical which surged 6.9 per cent to a customer satisfaction rating of 88.2 per cent now just behind the leading contenders. Harvey Norman rounds out the top five with 86.8 per cent of its customers satisfied.

Commenting on the research, Roy Morgan CEO, Michele Levine, said: “JB Hi-Fi has recorded several monthly victories already in 2017 with another strong performance in September. JB Hi-Fi’s customer satisfaction rating of 90.1 per cent puts one of Australia’s most innovative retailers on top of iconic Swedish retailer Ikea on 88.9 per cent in terms of satisfying customers – although the margin between the two has narrowed to its smallest in over a year.

“Behind the big two is defending champion and winner of the 2016 Annual Roy Morgan Customer Satisfaction Award for Furniture & Electrical Retailers The Good Guys on 88.6 per cent.

“Of course the strong performance of The Good Guys in the Annual Roy Morgan Customer Satisfaction Awards clearly didn’t go unnoticed – The Good Guys won the annual award on four occasions in the past five years (2012, 2013, 2014 & 2016) and were purchased by September winner JB Hi-Fi for a price of $870 million earlier this year.

“The strong performance of JB Hi-Fi, and recent purchase The Good Guys, sets the two retailers up for a good showing at the 2017 Annual Roy Morgan Customer Satisfaction Awards due to be held early in 2018.”