Charlotte Rush (pictured below) is an organisational psychologist and the head of learning at innovation consultancy, Inventium. In this guest post, Rush says momentous change should also bring a defining moment…

Over the last few months, we have witnessed first-hand the role that emotion plays in driving behaviour change – from impulse buying as a result of the COVID-19 pandemic to the millions of dollars raised and random acts of kindness for those who suffered from the recent bushfire season. It’s a stark reminder that in the face of change, emotion trumps rationality. 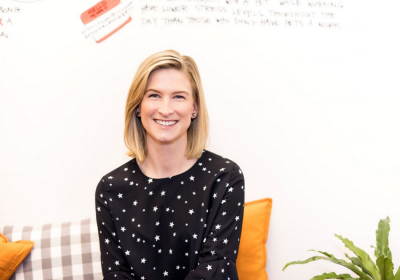 Often it is not enough to simply tell people the rational reasons why we should change. A more effective approach is to create an experience, something that is meaningful and memorable, that evokes an emotional response.

Since launching an environmental campaign in 2018, Greta Thunberg has presented the facts of climate change to audiences as varied as the UN, Donald Trump and the Pope. If I ask you to recall the most meaningful and memorable moment that brought Thunberg to your attention, you will likely recall her speech at the UN Climate Summit in September 2019.

Thunberg’s emotional address sparked a global movement. While Thunberg presented important research to justify her statements, no one can forget the pure emotion that Thunberg conveyed – her balance of anger and injustice with hope and faith. As a result, her speech inspired four million people to join the global climate strike.

Authors Chip and Dan Heath write that when we assess our experiences, we rely on ‘Defining Moments’ – short experiences that are meaningful and memorable. Your favourite past holiday may have involved many mundane minutes sitting in airports, taxi ranks or hotel lobbies. But in assessing the quality of that holiday, it is likely you will recall very specific moments – both positive (e.g. the free hotel upgrade) and negative (e.g. getting ripped off by a taxi driver).

In many situations, Defining Moments just ‘happen’. But for those of us who are in the business of creating change, we can look to manufacture moments. Thunberg’s speech at the UN Climate Summit is one such moment.

Another example comes from Method, who launched in 2000 in San Francisco, and are now selling soap in 40,000 locations globally.

In 2015, Method made the decision to invest in building a manufacturing plant. To achieve their goal of having a positive impact on local communities, they set up the plant in Pullman, a community in Chicago with high unemployment rates.

Setting up a manufacturing plant is not the most ‘sexy’ project for a team of innovators. And the project was going to be a long-term, financial and cultural investment. Then-GM of North America, Michelle Arnau’s job was to get everyone in their San Franciscan headquarters on board this change.

When I met Michelle back in 2017, she highlighted to me the importance of creating moments to connect Method’s people with the why behind this change. As she said, “I could have said ‘Don’t worry, in 10 years, our profit margin will be 10 times bigger than it currently is’ but that would have done nothing.” Instead, Michelle created defining moments for her people along the change journey.

For example, before building the plant, Michelle flew members of the Pullman community, such as a retired police officer, to meet with the team in San Francisco and share their experiences. This highlighted to the team the positive impact they could have on real people.

A few months after building the plant, Michelle surprised the team with a volunteer day. As they arrived at the office, there were busses lined up, ready to take everyone out for a day working in their local community. As Michelle highlighted, “People weren’t there because they wanted to make money or sell soap, they were there because they wanted to change the world.”

Next time you need to get a group of people on board with a change, think about how you can create a Defining Moment; a meaningful and memorable experience that will connect people with the desire to change. Facts are important for uncovering the truth, but emotions are the real drivers of change.