In this guest post, Nicole Reaney (pictured below), director of InsideOut PR and influencer agency #AsSeenOn, says brands need not have to shell out a fortune to get the impact from an influencer…

A few months ago, the Federal Government was slammed for its excessive spending on a health initiative, ‘Girls make your move”. Over $800,000 was reportedly shelled out on the influencer campaign which featured some paid influencers publicly deemed to be misaligned to the cause – one previously promoting alcohol while another with a history of racist tweets. 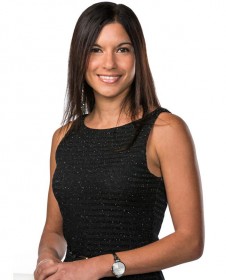 The backlash has steered the Federal Government to raise caution towards this spend and in August it announced the ban of influencers in government campaigns. Now the Department of Jobs and Small Business is under fire, this time for a $45,000 influencer campaign with minimal engagement and use of suspicious accounts.

But this experience is not just limited to the Government. In the last few weeks, I’ve witnessed conversations of companies spending big on ‘Insta-stars’ with little or no return including promised posts that have just never transpired. And let’s not forget the doubtful collaboration between wellness influencer Jesinta Franklin spruiking Cadbury for a reported arrangement of $200,000.

The adoption of influencers is still a relatively new channel in Australia, and many brands and agencies have swiftly jumped on its attractions for promises of affordability, accessibility, flexibility and relatability. Globally, influencer marketing is deemed the fastest growing category in advertising and projected to be a $5-10 billion market by 2020.

If this is the case, what is the formula for a successful influencer campaign and is cost the driving factor?

What is the difference between the organisations getting it right and those that are left burnt?

Whether it’s reach, perception, traffic, sales, engagement, SEO, promotional redemption, community sentiment – you must agree and be able to quantify the desired outcomes through a clear strategy. Contrary to popular belief, influencer campaigns can be measured – in fact it’s even easier than some of the more traditional forms of marketing.

Some key elements to keep in mind include –

The influencer medium isn’t going away just yet, and the good news is, when planned and executed strategically, the influencer with a community of 5,000 might be of more value in brand return compared to the Insta-star with a million fans.