In this guest post, Edge planner Abbie Dubin Rhodin (pictured below), takes a look at a recent brand social media stuff-up and says there are plenty of lessons there for brands engaging with its customers in the social space…

When brands are trying harder than ever to appear relatable, what happens when the people tasked with representing brands can’t be bothered? 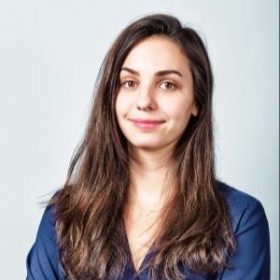 To start, I should state some facts. First, Deciem is a wildly popular Canadian skin care company. In addition to a number of other brands, it oversees the development, production and sales of a brand known as ‘The Ordinary’ – an affordable, minimally designed set of serums, acids, and creams that have won awards around the beauty industry. Also, the company was founded by Brandon Truaxe.

Deciem, and its discount darling line ‘The Ordinary’, are verifiable stars. With over 360,000 followers on Instagram, you’d anticipate a team of well-rehearsed social strategists would be running the show, delivering carefully curated shots of new stores, stories teasing celebrity sponsorships and constantly hyped new product launches.

Instead, you again get Brandon.

And in a world where consumers, regardless of age, gender or other standard markers of segmentation demand transparency and authenticity, having a direct line to the founder is a boon.

There are a number of interviews and think pieces across the web that would lead anyone to question the intelligence of having the mercurial and easily offended founder hold the keys to the social castle. At the same time, you can’t deny the success he’s had. And the most interesting part is that he’s following a number of social marketing constructs to the letter; specifically, the idea that to build a community, you should be there in the trenches with them, responding to comments and hearing complaints.

Brandon is definitely in the comments.

I wasn’t able to capture a shot from Deciem’s Instagram with its original caption, but the shot is of their soon-to-open 5th avenue store in New York City, with a homeless person and their belongings spread in front of the eventual entrance. I’m paraphrasing, but the caption indicated that “while the person was in the way, they wouldn’t be calling the cops, because compassion is important”. After a fair amount of acrimony in the comments, the caption was changed to “our upcoming store on Fifth Avenue. Never disrespect a harmless human in need of care. Heart emoji. Butterfly emoji.”

From a brand perspective, it’s not great, but it’s salvageable. Brands have people behind them, and those people are allowed to decide their original choice of words or phrasing wasn’t the best and make tweaks – that’s normal, and effective, mature brand building.

Here’s where an internationally renowned, well-loved, much-awarded brand went well off the rails. 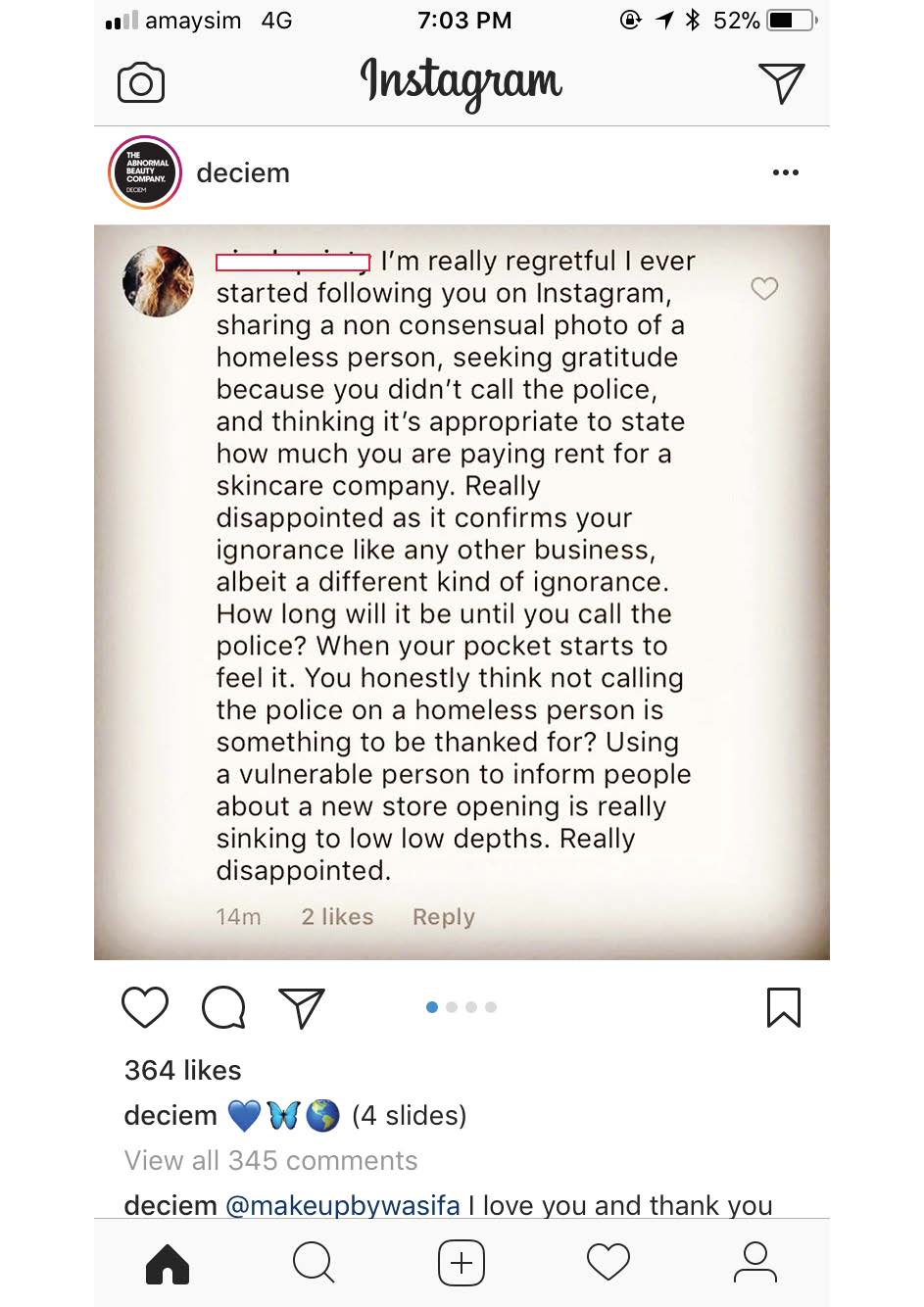 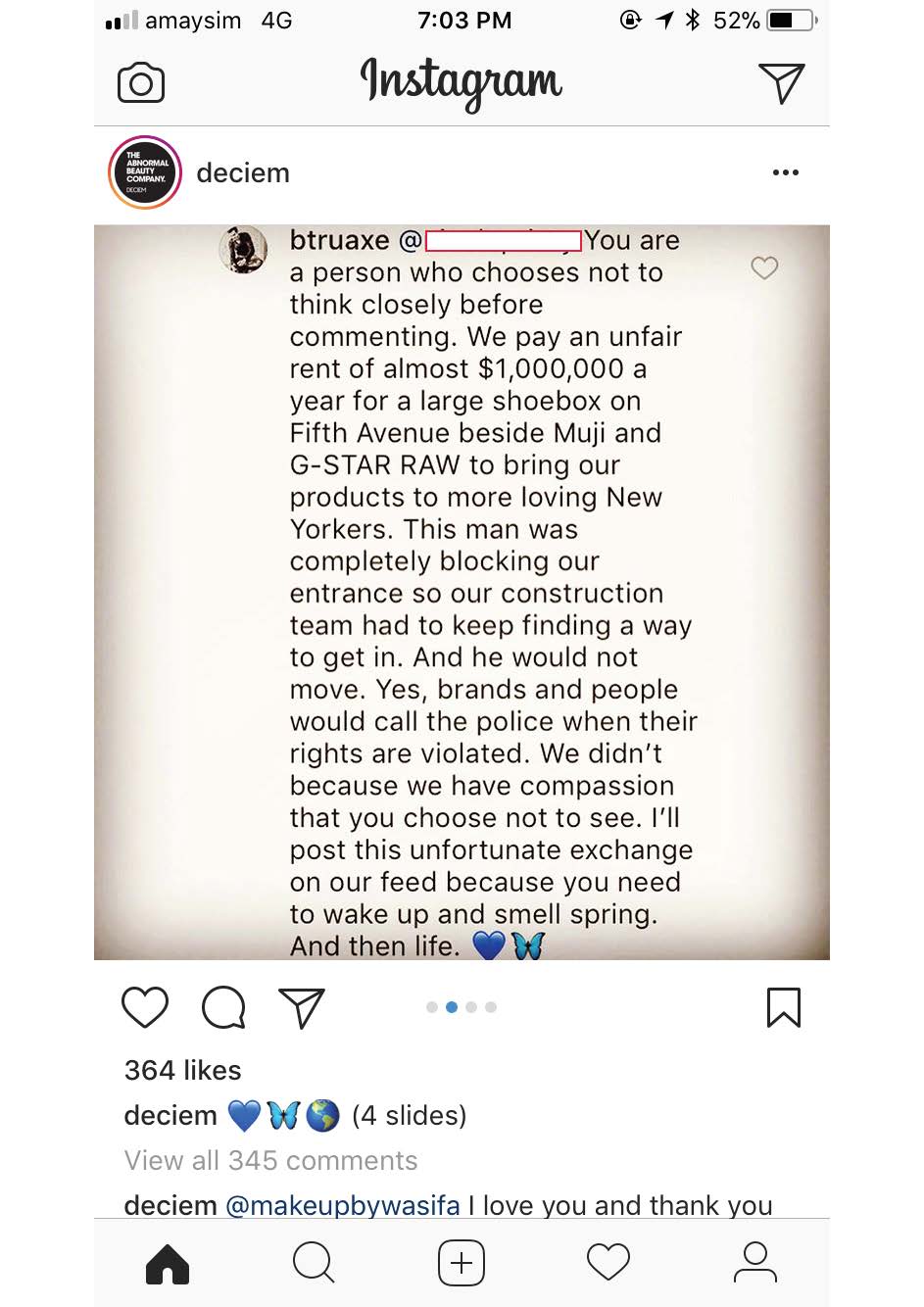 Stage 3: cut back to the original photo (with edited caption) that drove the whole incident 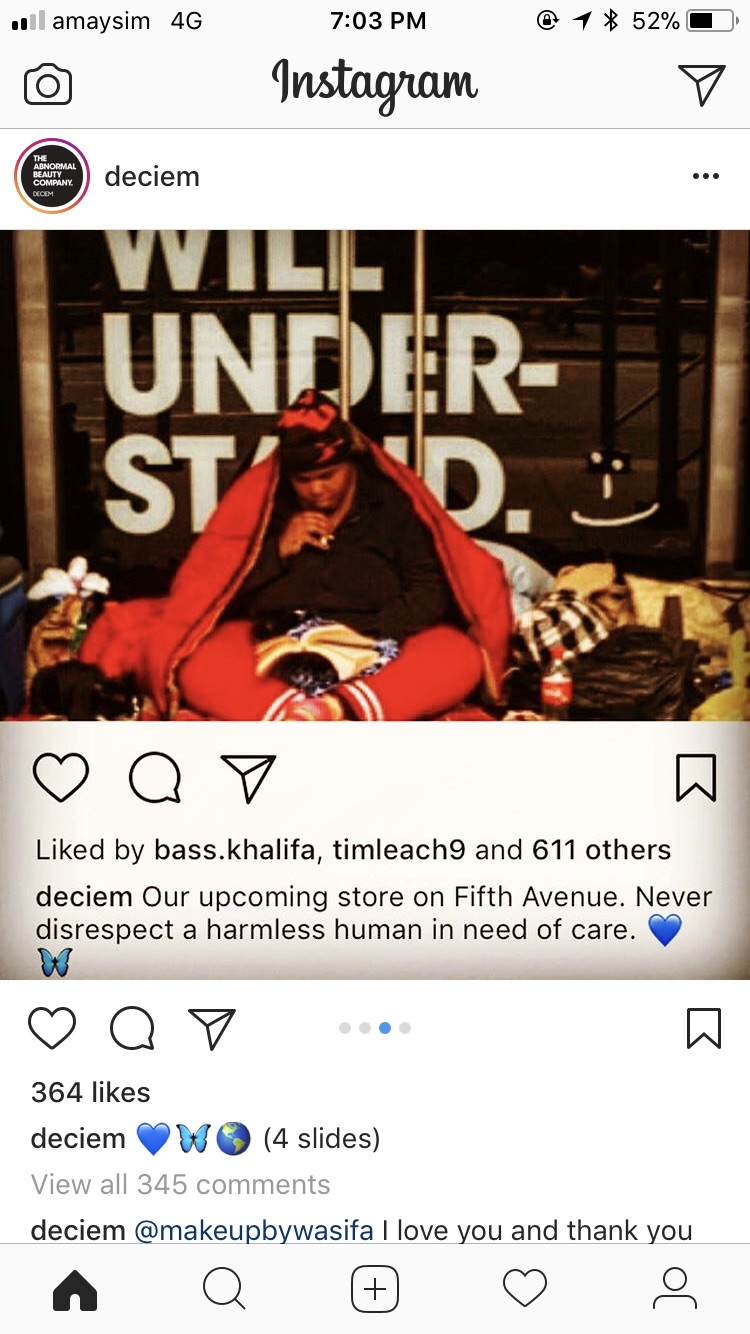 Stage 4: the person in charge of a multi-national, much awarded, very powerful beauty brand links back to the private, personal page of a follower who criticised him. 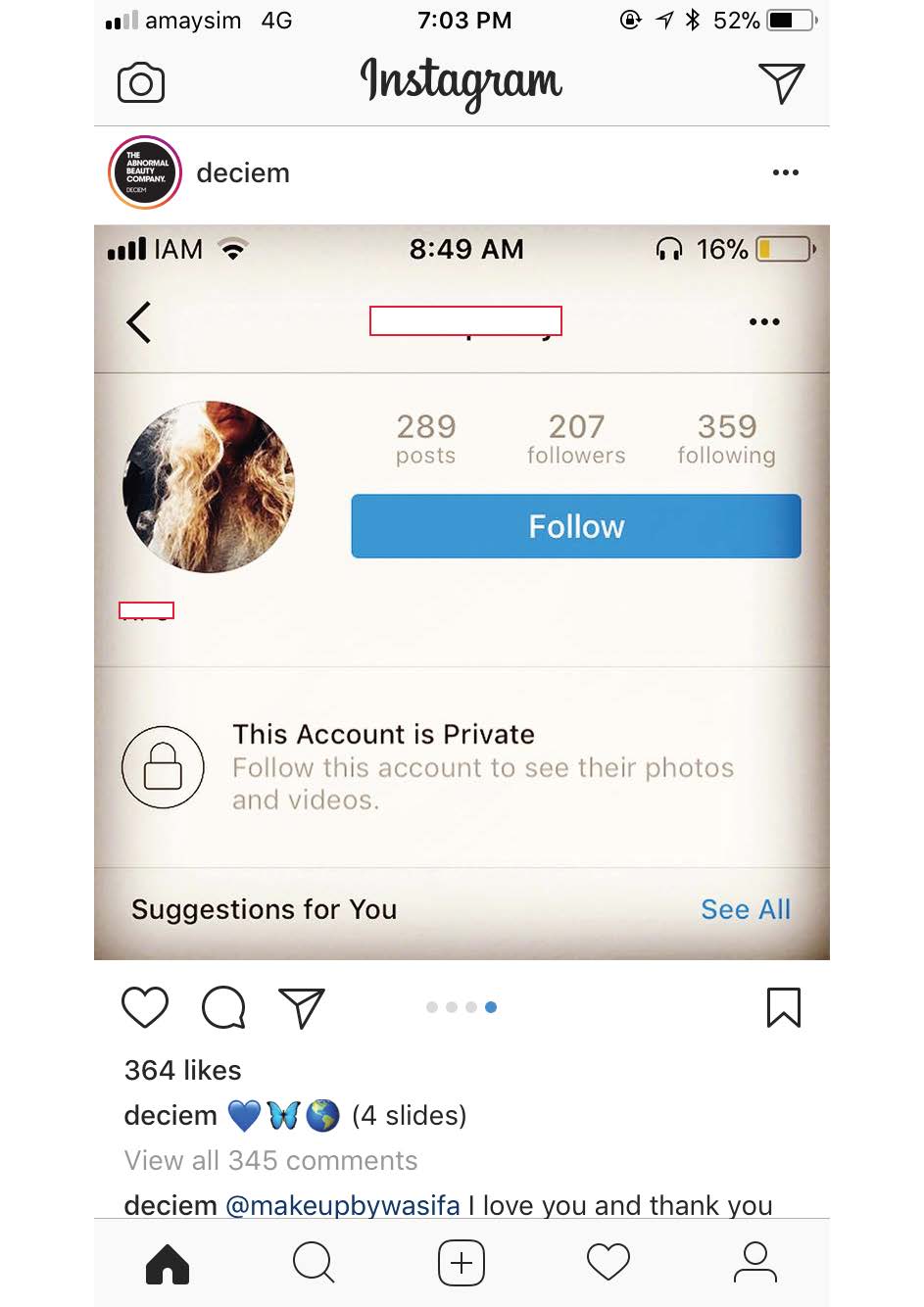 This is a man, who oversees a brand that caters primarily to women, is using his personal power to drive fear into those same women. Sure, we want authenticity and transparency from brands. And as builders of those brands, we want to create something that people can relate to. Initially, The Ordinary (with Deciem behind it), achieved both those goals. With this recent bizarre shift toward eviscerating a customer for daring to question the brand’s transparent use of a disenfranchised person’s image (without their consent) in order to boost their social justice cache – we see that, with these requests that brands act like people, you get all the warts of actual people.

From just this single exchange, you can see this man’s Insta’ finger getting itchy. As a fan of the products and the brand behind them, I hope they change the account password. A brand that casts itself as a social hero by seeking to democratise an industry as hierarchical as beauty is laudable. But one that then switches and turns on its customers, while simultaneously aggravating the prejudice against the most vulnerable in our society doesn’t deserve the accolades or plaudits.

Be a brand and replace the man. Brandon, Bye.

** The heated exchange between Brandon and the commenter have now been deleted and Brandon has “apologise.