It appears the omnipresent behemoth that is that search firm called Google has had quite enough of shonky advertisers and purveyors of misleading content.

The company has just announced it took down 1.7 billion ads in 2016 that violated its advertising policies and it also banned 200 publishers it deemed had published misleading content or the dreaded “fake news”.

Last year (2016) saw the number of ads banned by Goole double from the year previous.

Most ads banned were simply deemed to have been misleading or fraudulent and it’s believed better detection processes and reporting is the reason behind the massive uplift in bad ads being caught out. 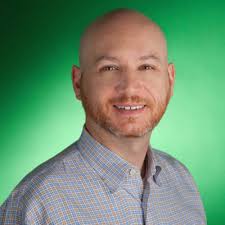 He added: “While we took down more bad ads in 2016 than ever before, the battle doesn’t end here. As we invest in better detection, the scammers invest in more elaborate attempts to trick our systems. Continuing to find and fight them is essential for creating a sustainable, open web from which we all enjoy.”

Spencer added that many of the dodgy ads were caught trying to “game” Google’s detection systems, something known as “tabloid cloaking”.

“In 2016, we saw the rise of tabloid cloakers, a new type of scammer that tries to game our system by pretending to be news,” Spencer wrote.

“Cloakers often take advantage of timely topics — a government election, a trending news story or a popular celebrity — and their ads can look like headlines on a news web site. But when people click on that story about Ellen DeGeneres and aliens, they go to a site selling weight-loss products, not a news story.

“Unfortunately, this type of bad ad is gaining in popularity because people are clicking on them. And a handful of scammers can pump out a lot of bad ads. During a single sweep for tabloid cloaking in December 2016, we took down 22 cloakers that were responsible for ads seen more than 20 million times by people online in a single week,” Spencer said.

Google also removed 200 publishers from its AdSense network in the last two months of 2016. This came in the wake of the uproar over the spread of “fake news” following the US election, Google reviewed 550 sites that were suspected of misrepresenting content to users, including impersonating news organisations.

“We took action against 340 of them for violating our policies, both misrepresentation and other offences, and nearly 200 publishers were kicked out of our network permanently,” Spencer said.

On top of bad ads and fake news, Google also reported it had disabled 112 million “click to trick” ads where users often click on an ad only to download harmful software or malware.