After the glitz and glamour of Cannes last week, the champagne and the parties, the trophies and the celebrities, an outsider could perceive our industry as somewhat superficial.

We all know, of course, that there is much more to it than that. Those of us in marketing and media are some of the hardest-working professionals going around. And beyond the campaigns, the sweat, and the tears, as cliché as it sounds, we are part of an industry that gives back.

Every business within the media and marketing realm has some sort of charitable focus. We are all doing something to give back.

Is it because the majority of tenders now have a pro forma question along the lines of “Please detail your agency’s CSR efforts”?

No. It’s much more than that.

Most people want to feel part of something valuable. To feel that they are part of a force for good. To give back. We all reach that point at some point in our lives I believe. It follows that to be more fulfilled as individuals, and to attract and retain staff, individuals and businesses need to do more than just business. We all know that.

Last week, as Cannes was reaching its peak on the other side of the world, I took part in the Vinnies CEO Sleepout for the second time. With a sleeping bag, a cardboard box and a dinner of soup and a bread roll, I spent the night sleeping on the concourse at Melbourne’s Etihad Stadium. The objective is to raise awareness and funds to help Vinnies support the thousands of homeless people doing it tough on our streets every night. 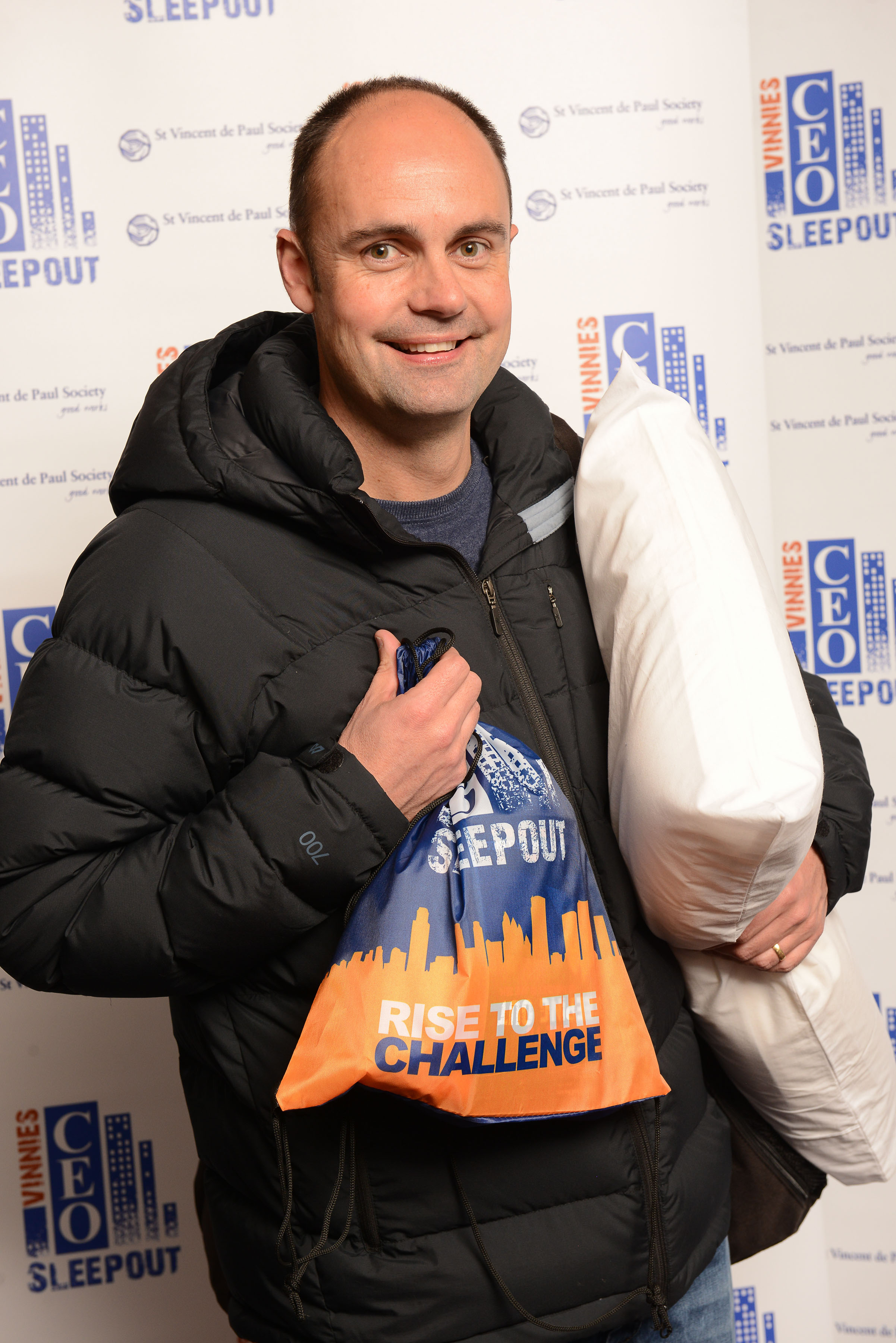 Luke at the Sleepout

As the temperature dropped to 9 degrees, I had a glimpse of what life must be like for people in that situation. It’s terrifying. But I took heart as around the nation a number of colleagues from the media world were taking part. Southern Cross Austereo’s Rhys Holleran, The Australian’s Nicholas Gray, Claude Group’s Andrew Gibson, were alongside politicians, school principals and some of the country’s leading executives.

Look around on any given day and you’ll see people from across our industry doing incredible things to give back. The three major sponsors of the Royal Children’s Hospital Good Friday in Melbourne are media companies – Herald Sun, 3AW and Seven Network. All from different parent groups, working together for good.

UN LTD is another great example, a charity dedicated to unlocking the potential of the media, marketing and advertising industry to support young Australians.

The leader of any business surely has a passion for the development and wellbeing of people. Our own business will unite in a few weeks in One Day for Change, an initiative that will see more than 9,000 Dentsu Aegis Network employees across Asia Pacific volunteer their time during work hours to support charities in the communities in which we operate.

Every business surveys its staff to gauge their engagement and general good will towards the company they work for. And of course, every business leader wants their staff to be proud of where they work. Making an effort to give back is one of the most powerful ways to influence this. Our last survey showed that our staff engagement had increased 9% on the previous year, an exceptional result and one that is at least partly due to our increased focus on CSR efforts over the same period.