What does Jon Snow know? What is the meaning of life? Who in their right mind thought Brexit was a good idea? Who’s better looking, Donald Trump or Boris Johnson? Who would win in a fight out of you and Siri?

Can you crack this brief? These and many others are all questions BCM has posed to Alexa – Amazon’s voice-activated assistant that’s housed in Echo, its wireless speaker and voice command device.

Echo is Amazon’s attempt at putting themselves in the driver’s seat when it comes to a command centre for the torrent of internet of things (IoT) devices that will be no doubt flooding into our homes (if they aren’t already) over the next few years.

Although not available in Australia, Amazon has sold over three million Echos in the US. Here at BCM, we couldn’t resist getting our hands on one so we could try Alexa out for ourselves.

Although Echo has an app to assist with enabling features, it is Alexa – the voice-activated assistant hanging off of your every word, eager to please – that is at the heart of the device.

As consumers, we are determined to feed our intensifying need for digital information while still living in the present moment, and we’re demanding new, more natural forms of interaction with technology that fits seamlessly into our day. That means more devices we can talk to, screens we can interact with without touching, and augmented reality experiences that blur the lines between our digital and physical world.

Think interacting with your devices using the type of gesture control from the movie Minority Report (2002) or interfacing through natural conversations like Joaquin Phoenix’s character, Theodore, in the film Her (2013).

In Her, voice activation allowed Samantha – the operating system – to become an integral part of Theodore’s life.

As technology moves us rapidly towards a science fiction future (voice recognition alone has improved by 30 per cent over the last year, more than in the previous 15 years combined), consumers are finding themselves much more comfortable talking to a machine as they begin to understand how much more natural and convenient it is.

We are still a few years away from the level of sophisticated machine learning AI that we saw built into the operating system in Her, but nevertheless, devices like Echo are moving us ever closer to this reality, creating a fascinating opportunity for brands.

Anyway, back to the Echo.

At this point in the article, I would have loved to have shown you a video of the unboxing – I know how the internet goes wild for a good unboxing! However, the shrieks of excitement – similar I would imagine to that of seeing a double rainbow – were too much to bear … from the agency MDs!

The developers were pretty excited too. Boxes were torn open, instructions disregarded and, like a bunch of hungry seagulls after the last chip in the cup, everyone wanted to get their hands on the device.

Out of the box, its plug and play. Alexa just needs to connect to your accounts (Google, Spotify, Fitbit, etc.) and you’re away. One thing to noteis that Echo isn’t in Australia yet, so not all the features function as they should, and more shocking still, Alexa sometimes has trouble understanding the Queen’s English. The highest form of treason!

First up of course, we do the silly school boy thing of asking Alexa ridiculous questions. She does actually know that Jon Snow knows nothing, that the UK has left the EU (shame! Shame!) She won’t, however, back herself in a fight with Siri, or attempt to crack the latest brief of a despairing writer!

Many, many questions, jokes and proclamations of love later, we actually got down to business. As I mentioned earlier, Amazon is pitching Echo against Google, Samsung and Apple (amongst others) in the race to be the home automation hub of choice. So we started to see what sort of things Echo and Alexa could do with minimal work.

We headed over to IFTTT (If This Then That). IFTTT ‘Recipes’ are simple connections between products and apps. There are two types of Recipes: DO Recipes and IF Recipes. Using Echo as the first DO half of the recipe allows us to do everything from sending a text message to a team member, to changing the temperature on my smart thermostat, all using voice commands.

Finding a notoriously difficult-to-find colleague around the office. By asking Alexa to trigger “Where is Steve?” (yes, this is me), IFTTT could send me a text message very politely asking me to return to my desk. The test worked well but was open to some abuse, as I received close to 32 text messages in an hour – spamariffic. 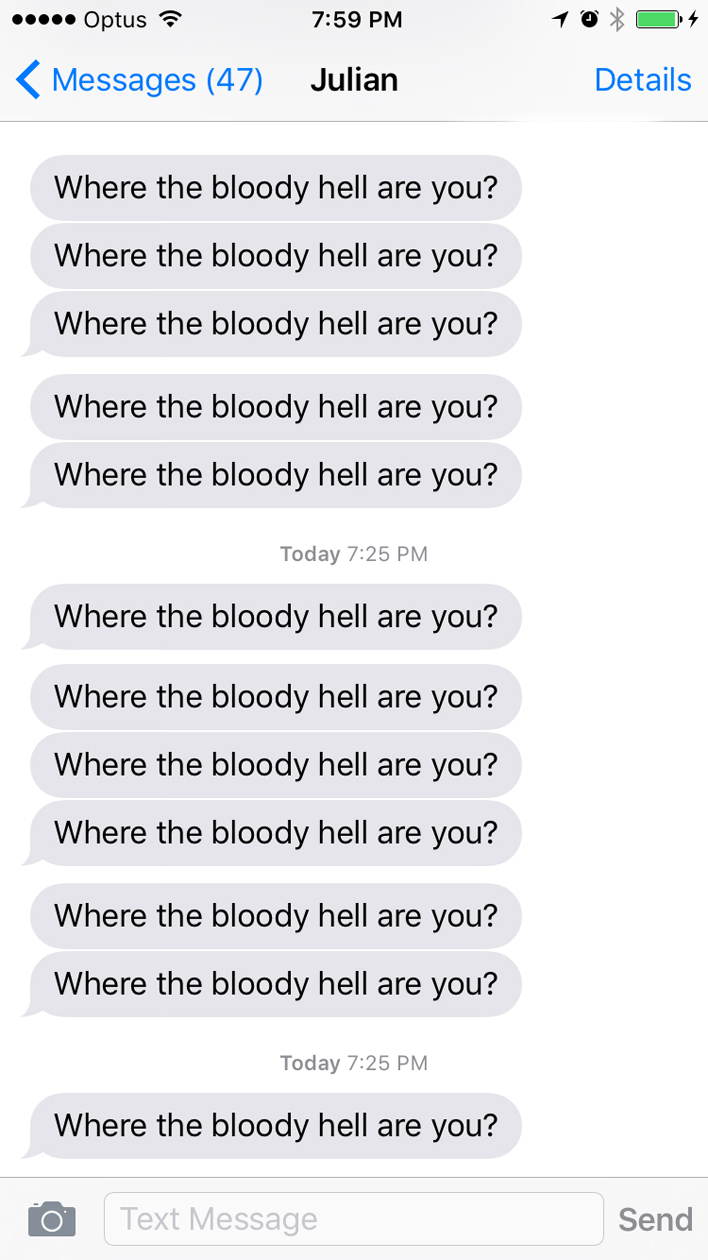 Let Alexa get the party started. Again using IFTTT, we connected Alexa to a Philips Hue wireless lighting kit. By asking Alexa to start the party, she could automagically play a Spotify playlist and switch the lights to change colour in sync with the music! Instant partaaaaay. So hyped!

This makes Angie’s blood pressure rise, (I’ve even on the odd occasion witnessed steam coming out of her ears) as she frantically tries to find a creative who’s sipping a double chai latte on skim almond milk with half an organic sugar down at the local coffee shop. 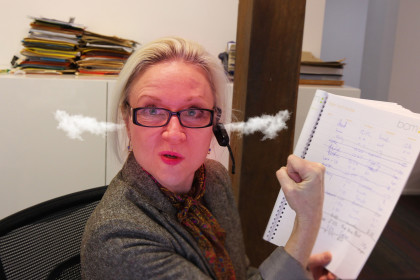 Clearly writing our names on a piece of paper is far too analogue for an agency obsessed with digital.

Here is where Alexa comes in. Again using IFTTT, we created a voice command for staff members. “Alexa, activate Steve out” would update our sign-in/sign-out Google spreadsheet with an automatic entry for myself leaving the building (with the time), and change my status to ‘out’. “Alexa, activate Steve in”, would add an entry with the time that I got back, and change my status back to ‘in’.

Really, the opportunities are pretty limitless. We’ve only just scratched the surface. In the future, we would love to develop our virtual receptionist into something more functional, and the good news is we can. Amazon has opened the device to developers through its ASK (Alexa Skills Kit) platform.

Think of a skill as an app for Alexa. Developing skills is where the platform really becomes exciting for brands – brands that can make our life a little easier, that can add value can become even more embedded into our everyday life – brands that don’t require you to sit down at a computer or interact with your anti-social smartphone. Brands that can be summoned with a few simple words.

We are already seeing brands such as Uber, Domino’s, Nest and Philips allowing us to interface with their products using Alexa.

Expect to see more very soon. Oh, and there’s also a creative community of hackers and coders creating their own integrations. Check out my favourite involving Alexa, a garage door and a Tesla.

We’re having a whole lot of fun with Alexa. There are still kinks for Amazon to iron out. The voice recognition is great, but sometimes you need to be too specific with your commands to feel natural, while often outcomes aren’t quite what you expected.

But, as the software develops or learns, we can see how a device like Echo, at the heart of your smart life, could become as indispensable as your internet connection itself. And the potential opportunity for brands on platforms like this in the future, is unlimited.