At an industry function I recently attended, a young woman – who I guessed was in her 20s – approached me and asked a question. It was the same question I get asked over and over, and I’m sure it was the question I asked at that point in my career, too – “How do you do it all?”

Read my bio – including the bit that says two kids in primary school and a senior full-time position in a leading advertising agency – and on the surface, “How do you do it all?” means “Explain to me how you juggle work along with the demands of two young boys”. I could talk about how I manage the minutes in my day and I’m sure it would be a helpful answer to a fair question. 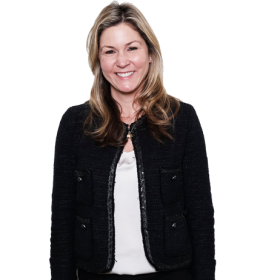 However, if I assume, instead, that I’m being asked to share what my journey has been like throughout my career:to get to a place where I have a senior leadership role in a mostly male-dominated industry, manage to have kids along the way, keep a seat at the table, have pay equity with my male colleagues and maintain a healthy family life, then it’s a great question.

The fact the question keeps getting asked raises two obvious points. One: that so far nobody, including myself, can deliver a reliable, repeatable pathway to achieving “it all”; and two: the data continues to support the fact that – even if women do manage to get close to ‘doing it all’ – the gender pay gap is still widening; meaning that in our supposedly enlightened times, women are still less likely to earn as much as their male counterparts.

Even when women do kick butt, Australia’s boardrooms still don’t get it

The number of women sitting on Australia’s top corporate boards has more than doubled in the past four years, but is still only at 17.6% (according to the Australian Institute of Company Directors). This is an appalling number. Especially in light of the evidence that having women on board is good for the bottom line. A study by the Reibey Institute showed Australian companies with women directors delivered 8.7% higher returns on equity over a five-year period than those run by all-male boards. Bolstering the argument, reports from the US (Catalyst ‘The Bottom Line: Corporate Performance and Women’s Representation of Boards.’) show markedly higher financial performance for companies with more women board directors: Return on Equity (53% above those with less female board members), Return on Sales (42%) and Return on Invested Capital (66%).

Entrenched thinking: Women, even at the top of ladder, will settle for less on the pay front

And here’s the worst. Women who do manage to successfully climb the ladder and make it near or to the top, are rewarded with a pay cheque that is as much as 45% lower than their male counterpart. (Workplace Gender Equity Agency – WGEA – Report 2015). This is an issue that is so systematically entrenched in the Australian workplace that WGEA holds workshops with titles like ‘Pay equity advanced: advanced strategy and analysis for pay equity’.

Is there something women aren’t doing at the pay negotiation table that men are?

This is the difficult – the WGEA calls it the ‘double bind’ that women experience when it comes to negotiating pay.

“Attempts by women to assertively argue their value are viewed more harshly than when a man exhibits the same behavior, which results in women being less likely to put forward their case for higher pay.”

And if you think this is a problem limited to women working their way up the ladder, think again, because it also affects women who’ve supposedly made it all the way to the top such as Sheryl Sandberg (Facebook COO) who observes, “No wonder women don’t negotiate as much as men. It’s like trying to cross a minefield backward in high heels”, referring to the double standards and judgment many women feel comes with negotiating assertively.

How do you solve the problem without asking women to behave like men?

It starts at the top. We constantly hear it’s impossible to change the entrenched culture of an organisation. If the hard work has been done to put in place strategies and actions in our organisations to promote the advancement of women, then the clear, measurable and achievable objectives for management around changing the culture should be a KPI. High performing organisations are committed to not only achieving, but smashing KPI’s.

Reward women who are great performers – that sends an important message right through the organisation. And if there is a massive imbalance of female representation at the board level – then fix it. Get more women on the board. (40% of M&C Saatchi’s leadership team is female).

Share knowledge. I tell my story to anyone who asks. I don’t have a secret sauce – on the contrary – I want to share the benefit of my experience and the outcomes that followed, with as many women as possible. The last thing women need is an adversary in the form of other women in the workplace.

Mentoring is the glue holding the whole thing together

I still believe mentoring is the most impactful thing we can do. You have to inspire women coming up the ranks to stick at it, to navigate the minefield, to not imitate the behaviour of their male colleagues, but to define and refine their own unique strengths and approach to building their career. Sometimes the quickest and most effective way from A to B is to ask for directions.

I still have a mentor. He is brilliant, and has unknowingly shaped my career path and given me absolute clarity at critical decision-making moments during my work life. He has actively pushed me into roles I sometimes thought were beyond me, and encouraged me to compare myself to all of my contemporaries, not just the female ones.

If there isn’t a suitable mentor at your organisation, go out and find one

Our Industry bodies such as The Communications Council (‘She says’) and The Marketing Academy provide mentoring forums and opportunities, but while those opportunities are fantastic, they are offered to a select few, and not many agencies have ‘mentoring programs’ in place.

As agency leaders, it is the responsibility of all of us to give support and guidance to the next generation of talent: to help them be brilliant, and to help the females amongst them step up and onto a more level playing field.

Mentoring is absolutely a key KPI, and should be treated as such given the value that doing it well can deliver to the business. If there is no formalised mentoring program within our companies, then we have already failed.

From a business perspective, it is well beyond our best interests to even the playing field. It’s insane not to tackle and change business culture to support women on the way up the corporate ladder. If we don’t, not only do we run the risk of losing great talent along the way, we are accepting the world viewed through the lens of just half its population.