I’m an avid fan of Snapchat and the way brands are increasingly taking advantage of the platform. I’m also an avid sports fan, and have been subscribed to ESPN on Snapchat for some time.

Every morning on my commute to work, I follow a routine of checking ESPN’s Snapchat feed to get my daily dose of sport from around the globe, but this morning I was left a little disappointed.

One of the stories that featured in ESPN’s Snapchat feed today originally appeared to be an opinion piece about why the Western Bulldogs won’t make the AFL finals this year after claiming the premiership in 2016. 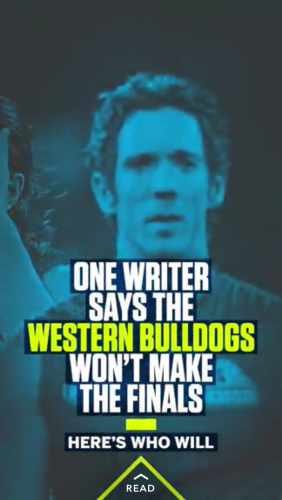 However, once I tapped on the story to read more, it suddenly became apparent that the article wasn’t about the Western Bulldogs’ slim chance of playing in the postseason – rather, it was about that of the Canterbury-Bankstown Bulldogs, who play in the NRL. 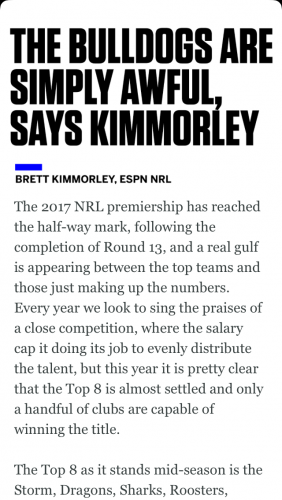 To make matters more confusing, the story was accompanied with photos of Western Bulldogs players looking dishevelled and beaten. 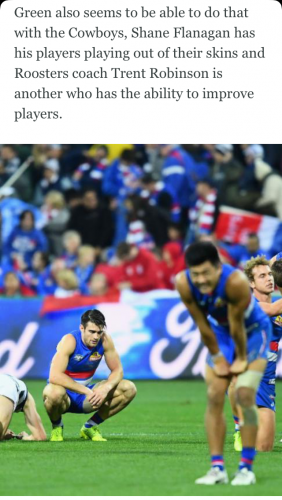 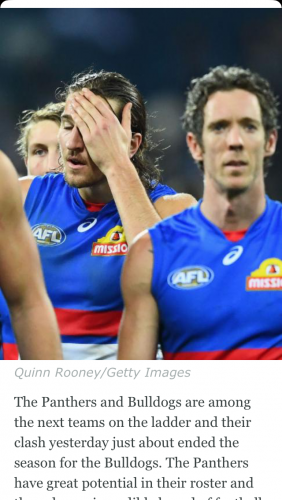 Now, this may not seem like a big deal to you, but to die-hard sports fans (and journalists) like me, it is.

Whenever a mistake is made in a news report in print, online, on TV or on radio, we as an audience are always quick to point it out (take The Sydney Morning Herald’s recent front page typo, for example). Hell, B&T has been guilty of making an error or two from time to time.

And with social media platforms such as Snapchat increasingly becoming a source of news for the younger generations, it shouldn’t be ignored when news media brands make a boo-boo on them.

Call me a stickler, but I felt it was my duty to call ESPN out on this – at least for the sake of my profession.