Dee Madigan has launched a crowdfunding campaign to have an Australia Day campaign that featured two young girls in hijabs reinstated after it was pulled following apparent threats from far-right groups.

Madigan (pictured below) – an industry commentator, TV regular and author – revealed to B&T that she has already raised the $20,000 required to get the campaign live again. If you’d like to donate click here. 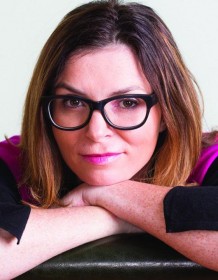 The furore, which was first reported on B&T on Monday, started when images of the digital billboard in Melbourne found its way onto social media. By Tuesday the campaign had been pulled due to “threats”; however, despite attempts B&T was unable to establish where the threats originated from.

Madigan’s plans are not to replicate the original ad, but to do something similar, with similar imagery on billboards in all the major capitals and full-page ads in daily newspapers prior to Australia Day. 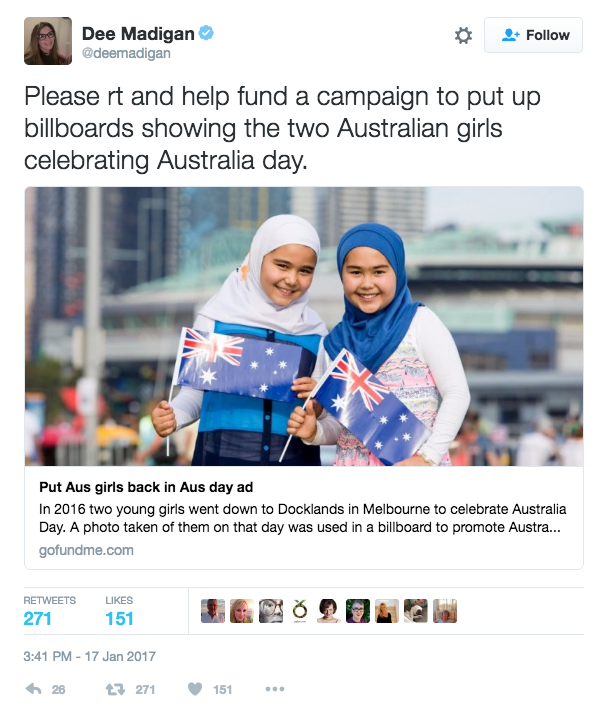 “This is a photo of two Australian girls celebrating Australia Day, there was no reason to take it down and it’s these same people who had it brought down that say that Muslims don’t assimilate,” Madigan said.

“But two Australian girls celebrating Australia Day, how much more assimilation do these people need? Which just goes to show Muslims are damned if they do and damned if they don’t, and that’s not good enough.

“Yes, some people will always complain. It was a digital billboard of lots of different people and ethnicities and the only ones that got complained about were the Muslims.

“I think it’s a very small minority (complaining about the ad) with very loud voices; it’s disproportionate, it’s the lunatic fringes,” she said.

This follows another ruckus earlier this week when budget retailer Target showed a mother in an hijab in its back-to-school catalogue and duly suffered similar negative attacks on its Twitter and Facebook pages.

However, Madigan urged agencies and creatives to continue to show images of multicultural Australia.