Advertise with us
Posted 9 February, 2017


Cosmopolitan has launched its first ever Pride issue, including a celebration of the 50 most influential and inspiring LGBTQI and allied Australians, in the inaugural Rainbow List.

Timed to coincide with the Sydney Gay and Lesbian Mardi Gras, self-confessed gender-fluid star Ruby Rose is the cover star of the March issue. She said: “I am eternally blessed and humbled to be included in this terrific list of inspirational people. I feel ecstatic to be part of the LGBTQI community and I hope my journey gives people the confidence to be themselves.”

The Pride issues comes as 80 per cent of Cosmo readers surveyed said they support marriage equality. In recognition of those who campaign and advocate for the rights of all LGBTQI people, Cosmopolitan has compiled its first Rainbow List. 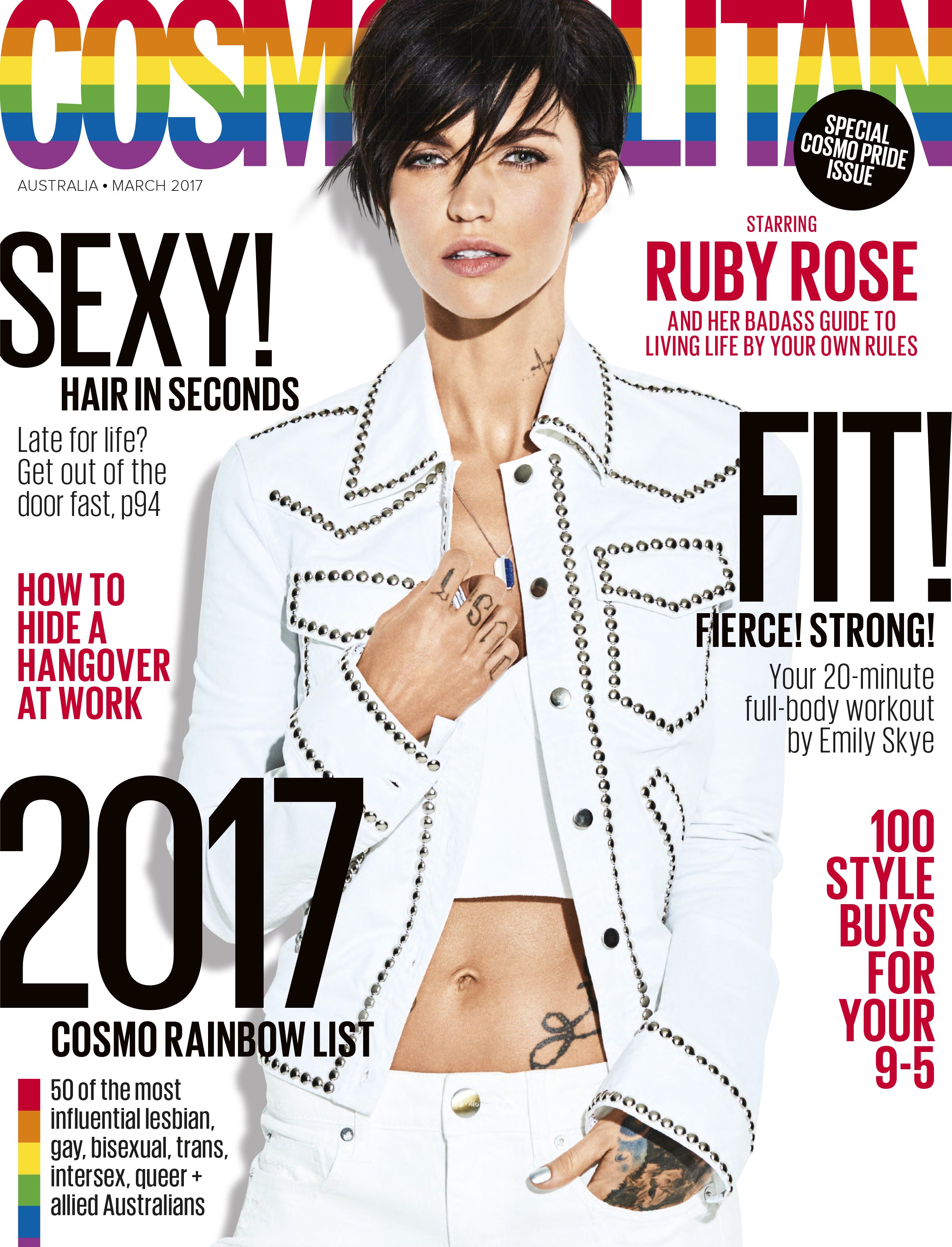 Claire Askew, Cosmopolitan editor said: “We recently asked the Cosmo reader what political issue they cared about most – marriage equality was number one. That’s why, in honour of the LGBTQI community, we have put together this special Cosmo Pride issue – just in time for Mardi Gras. I am proud to call myself and Cosmopolitan magazine allies to the LGBTQI community. We truly believe that love is love.”

A panel of six experts, including Labor’s Penny Wong and Prof. Kerryn Phelps, helped to single out the top 50 role models and those who have worked tirelessly for LGBTQI people to be treated equally.