The Turnbull Government has taken our border protection a few steps too far, building a fence on the border of Slovenia.

Or at least that’s what was reported by American cable news channel CNN.

Per reports from news.com.au, the 24-hour news channel has proven geography isn’t its strong point, and reported that Australia is set to construct a fence at our border with Slovenia. Except they meant to say Austria.

It’s probably just a typo by the person writing the news script and captioning the program, but either way, Twitter didn’t let them get away it.

US writer Matthew Yglesia spotted the embarrassing blunder and kickstarted the mocking spree:

This seems a little paranoid for an island nation thousands of miles away. pic.twitter.com/6jTLYhGwqz

And it was all downhill from there…

When you’re too American to know the difference between Austria and Australia https://t.co/EF2scGWECF

@mattyglesias @banas51 Don’t tell Malcolm or he’ll send a dozen subs to defend our fence on the Slovenian border. #auspol

@mattyglesias you can never be too careful though — Dean Bedford (@DeanJBedford) February 29, 2016

Or the time when they didn’t do math good:

At least no matter what Scotland decides, they are giving it 110%. #ScotlandDecides #CNN pic.twitter.com/fl9dzQlaYL

And who could forget the time they called Putin ‘Jihadi John’: 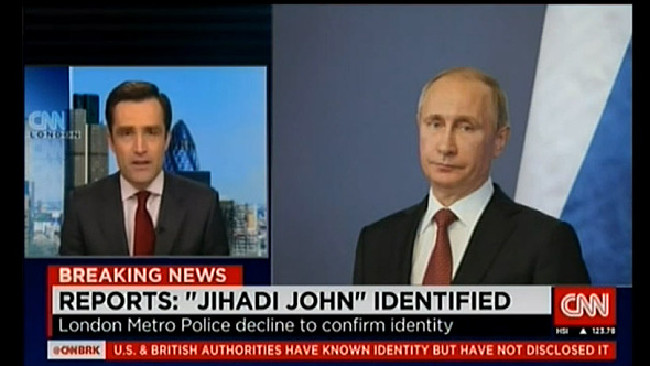 Just another day in the life of America.