For the fashion uninitiated, The Iconic is somewhat of a cult Aussie e-retailer. Launched in 2011, it’s one of Australia’s largest online fashion, sportswear and kidswear destinations. Following the success of its 2019 Summer Runway show, B&T sat down with CMO Alexander Meyer to discuss how The Iconic grew to be the fashion behemoth it is today, and why he believes CMOs are the new CEOs.

The Iconic is known for producing some of the world’s most body-positive runways, while also being pioneers of diverse and inclusive models in the Australian fashion space.

Meyer said that while The Iconic might not be the first retailer to promote diversity and inclusion globally, it’s certainly making waves locally in Australia.

He said that’s because the e-commerce store takes the issue of diversity and inclusion “seriously”.

“We’re a pioneer [in the space] and are really liberating and democratising fashion in a way that it’s fun – as it should be.”

On the feedback from the 2019 summer runway show, Meyer said both The Iconic’s partners and consumers reacted “positively”.

“[The feedback] was great. Overall, the show meant different things to different people. What was interesting for us is this switch from talking about ‘every body’, you know, in the play of words that it was for everybody to really going to everyone and what summer means to everyone. We presented different aspects of that throughout the day it was just overall great to see how media and social media and our customers and our partners reacted to it.” 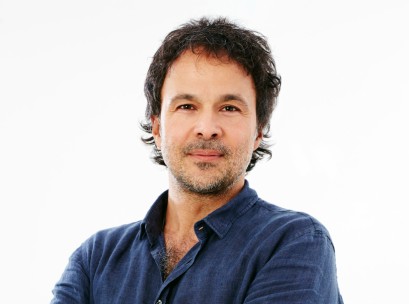 On whether The Iconic attributes its major success to having diverse models, Meyer said while it’s part of it, the retailer’s success predominantly comes down to its “extreme customer-centricity.”

“We always look at what is important to our customers. Cultural relevance for us, for example, is very important and how we connect to what matters to our people. So diversity and inclusion and body positivity are just some aspects that come from being so close to our customers and to ourselves.”

“Whether it is how we’re trying to disrupt the supply chain of the logistical space or how we disrupt the shopping experience online, we have this mantra of wanting to create seamless and inspiring experiences. That’s really rooted in our customer obsession. That’s really where the growth and explosion has come from -diversity being one cornerstone of it.”

A ‘test and learn’ culture

When it comes to marketing and advertising itself, The Iconic has always done things differently. When Meyer first started as CMO, he decided to not do TV advertising, bar a small “test” ad in early 2019.

“The Iconic is only eight years old. And when we were put on the map at the beginning, there were large investments into TV, but it was not a sustainable investment.

The Iconic has a small boutique in-house creative team, which creates most of its work. Digital bookings and digital media spend is also done in-house. Meyer said this allows The Iconic “tight control” on its dollars, ensuring all marketing spend is used “effectively and efficiently”.

“We haven’t really found the purpose of TV yet in a way that it works for us, given the dollars that we have, so we are creative with it, and we’re trying to just test and learn and see what we can scale,” he said.

“If we throughout our testing realised that something like TV or traditional media works for us, we’re going to scale it hard. But we’re still in the testing stages.”

At this stage, The Iconic equally splits its marketing between digital paid channels and owned and free channels. It’s also tapping into the influencer marketing space.

Meyer said: “Influencers provide an opportunity to really drive human connection because it’s about people. That’s why influencers in the first place have become successful in social media because it is about driving connectivity to other humans from humans.

However, Meyer said the retailer hasn’t “fully unlocked the potential [of influencers]”.

“We’re only on day one of the journey of influence as a notion, not just influencers as we know them typically through Instagram, but going beyond how do we leverage influence from people to people.”

According to Meyer, The Iconic’s most successful marketing channel to date is digital search and social, both organic and paid. He also said PR has played “a big role” in The Iconic’s success.

On whether or not brands invest too much into traditional and paid media, Meyer said it comes down to the size and budget of the company.

“What I find interesting about that question is the current discourse on the state of agencies and [their] relationships to businesses. It’s really telling something, which is that companies are trying to get a bit more control in-house or control on the strategy and execution by tightening their budgets and their approach to agency relationships.”

He added: “That comes from the fact that too much has been put into one directional buckets and baskets.”

CMOs are the future CEOs

What does the future of the CMO role look like? Is the high churn rate due to the job getting harder or is it simply a sign of a weak economy? Meyer believes the industry is going through a transition that will see the CMO become “one of the most relevant and strongest C level positions”.

“The current issue is CMOs are expected to think like a CFO but also keep the heart and the passion of the CMO. That makes the role more complex.

“But we’re [in a time] where CMOs have the chance to prepare to become the future CEOs. I think in the near future we will see a shift from the typical and more commercially lead functions of a CEO to more of an empathetic, philosophical and sociological driven role. I think CMOs will become the new CEOs.

“If you look at the time of AI development and the robotic future that a lot of people fear, the traits that are most important in the future are that of empathetic nature; philosophy, sociology… any characteristic that promotes human connectivity will be more important than ever.

Meyer concluded with the advice that if CMOs can learn to “speak a more commercial language”, they will be equipped to be “the best CEOs of the future”.