Advertise with us
Posted 4 October, 2016


Aussie actresses, media personalities and a supermodel have come together to appear in Cosmopolitan’s new campaign that highlights the devastating effects of verbal and emotional abuse on women.

The campaign, which appears in the latest issue of Cosmo as a feature article, contains photos of The Footy Show co-host Erin Molan, Wentworth and Rake star Danielle Cormack, supermodel Robyn Lawley, 800 Words actress Michelle Langstone and media personality Anna Heinrich all covered in bruises formed by abusive words, demonstrating that bruises don’t need to be physical for them to hurt. 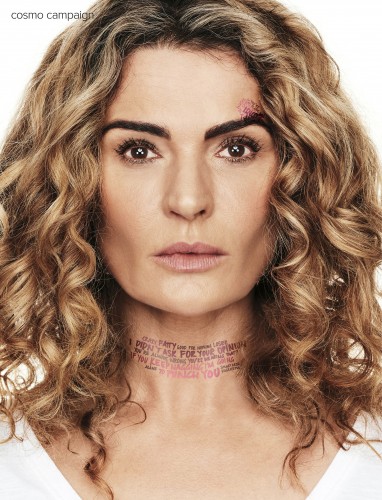 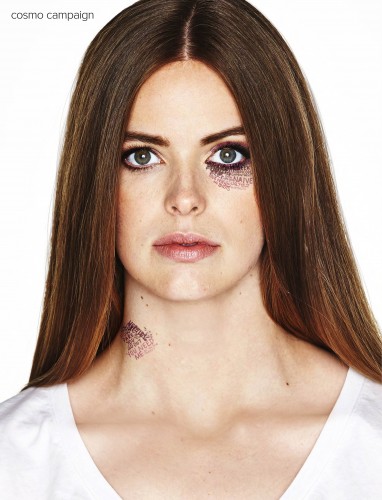 The campaign also includes interviews with victims of emotional abuse, explains how to identify an abusive relationship and provides advice on how to deal with it. 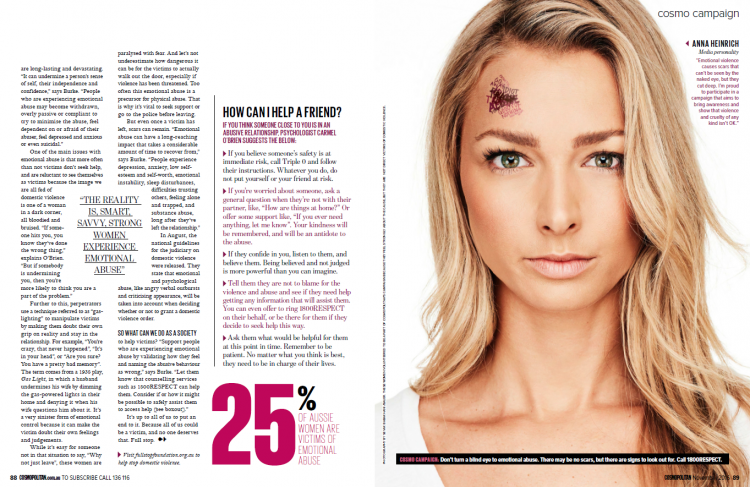 Cosmo editor Claire Askew said domestic violence is the leading cause of death for women under 45.

“If we can change just one woman’s life for the better, we’ve done our job,” she said.

“Maybe that woman is you, your friend, your sister or your work colleague. Whoever it is, it’s time to read the signs, because it really can happen to anyone.”

Molan added that everyone should be standing up to domestic violence, regardless of whether they have experienced it, know someone who has, or have seen and read some of the horrific accounts.

“We are all affected,” she said. “If we don’t put an end to this now, our children will be affected – and theirs.

“Emotional and physical abuse are equally abhorrent and cannot be tolerated on any level. Without judgement, let’s also commit to supporting all those currently in need – even if their situation is difficult to understand.”