Brisbane’s Sofitel hotel is handing out the apologies today after a seemingly innocuous print advertisement was called out for sexism and gender stereotyping.

The ad features an attractive young couple lounging about in the hotel’s bathrobes and enjoying a breakfast platter of fruits and pastries.

However, it’s the couple’s choice of reading material that is causing all the consternation. The man reading The Australian Financial Review and the woman forced to suffer a Chanel coffee table book. 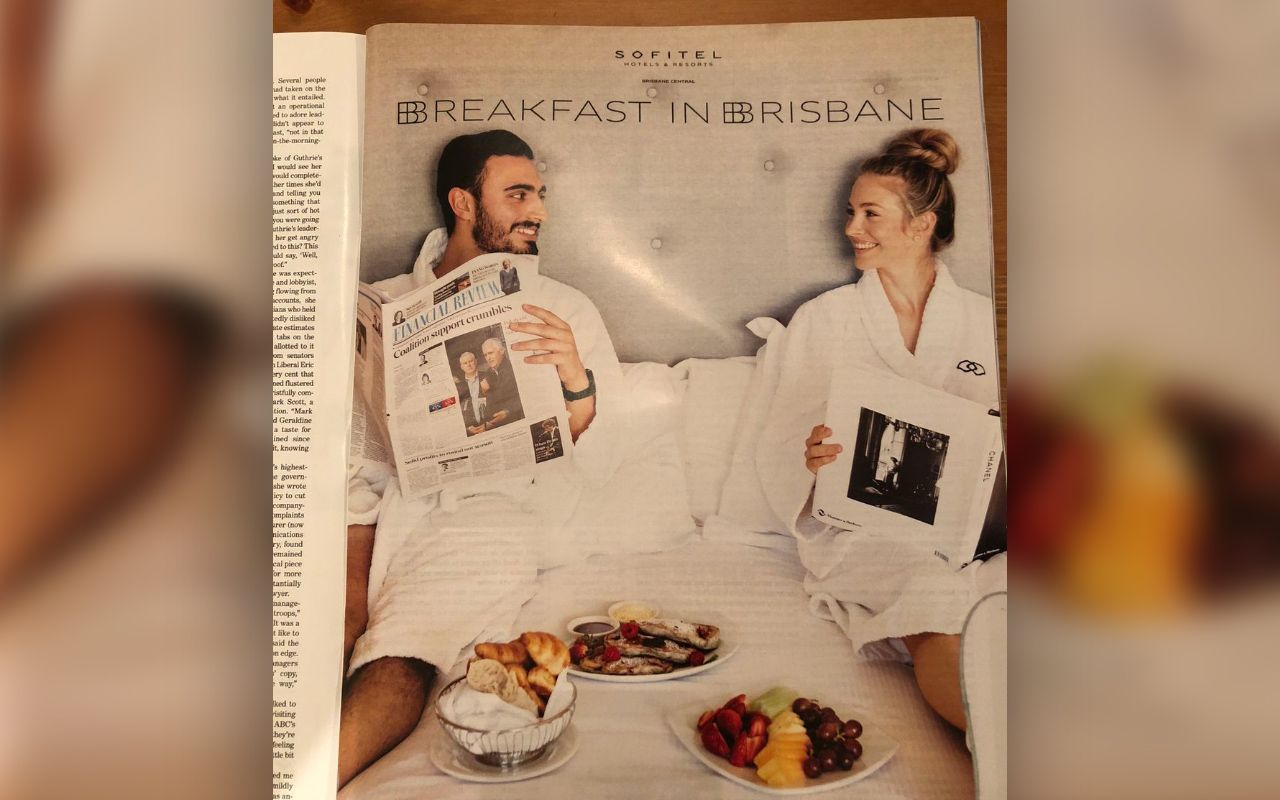 A journalist from The Australian, Elizabeth Redman, called out the ad on Twitter, writing, “Your breakfast looks delicious… just wanted to let you know I’m a woman and I also read the Financial Review every day”.

Another to take umbrage at the ad described it as being “straight out of an episode of Mad Men”.

While another added: “Yes, newsflash for @SofitelBrisbane — some women are in fact more interested in whether stocks and shares are going up and down than whether hemlines are.”

“Of course, the fruit platter is on her side, she’d be loathed to touch the baked goods,” another wrote.

A spokesperson for the Sofitel Brisbane responded with: “We appreciate you voicing your concerns. There was no intention of portraying a stereotype, but we recognise it and apologise for any offence it has caused.

“The creative has been pulled from any future activity. Feel free to send us a DM if you’d like to discuss further,” the spokesperson said.

However, some respondents came out in support of the campaign and suggested those who were offended by it needed to lighten up a little.

“If this is all you have to worry your mind about then you are a very lucky person indeed, geez,” one woman wrote.

“Why are people getting so offended by such silly things it’s just a picture. Why waste your time getting so worked up, this world is crazy,” another wrote.