In her latest post for B&T, 3 Phase Marketing copywriter Marnie Vinall (pictured below) argues its time to ditch the hair-free, six-pack abs image of men so loved by the advertising industry…

It’s pretty common knowledge that since the dawn of advertising, brands have been making women feel bad about their bodies and selves through depicting the ‘perfect body’ in order to sell them products. Recently however, there has been significant push-back to this issue with the body positivity movement, and it’s making great waves. But in this movement, not enough attention is being given to counteracting the ‘ideal’ male body featured in advertising. 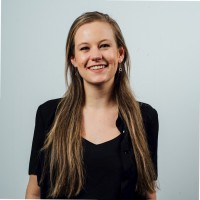 The problem is still arguably far more prevalent for women; however, brands need to be mindful of how men are affected by being constantly subjected to the ‘ideal’ male body too. We’ve seen a significant decrease in the amount of photoshop used by brands in their advertising, and a more diverse line-up of women with varying body types and skin colours featured. But in this push back, we need to see more men included too.

In no way am I saying the war against women’s bodies is over – far from it. Recently a Nike store displayed a plus-sized mannequin and received a huge amount of backlash. One article in The Telegraph wrote, “She is immense, gargantuan, vast. She heaves with fat. She is, in every measure, obese, and she is not readying herself for a run in her shiny Nike gear.”

But we have come a long way since a report published by the American Psychological Association reported a peak of body dissatisfaction in the ‘90s when ‘bikini body’ was splashed in headlines on magazines across the globe. Just look at beauty care brand Dove’s ‘Self-Esteem Project’, which launched in 2004 and promises to deliver body confidence and self-esteem education globally. Their latest initiative was to pledge to stop retouching its photos and features images of ‘real women’ with the tag ‘No Digital Distortion’.

There is, however, a missing element regarding men in the discussion and how their bodies are depicted in the mainstream.

A recent study by the University of the Sunshine Coast found that TVCs featuring muscular physiques are making Australian men self-conscious about their bodies. Benjamin Caven-Roberts wrote for The Telegraph, “This use of impressive male physiques in advertising is known charmingly as ‘Hunkvertising’. Stick a picture of a toned and honed young man on an ad and the male viewer will be shamed into action.”

A recent study on body image found that that only 28 per cent  of men say they’re “extremely satisfied” with their appearance, – this compared to 26 per cent of women. On this report, David Frederick, PH.D claimed, ““These findings are consistent with the emphasis placed on the importance of being slender for women and for appearing athletic and/or lean for men.”

Just as women are, men are also shown an idyllic form in order to be sold products and services to. There are some places men can turn to to feel reassured about their own figure – just not nearly enough.

Recently, music artist Sam Smith has spoken out about body image, including in a ‘I Weigh’ interview on YouTube with actress Jameela Jamil. In it, Jamil responds to him fighting his own body insecurities by saying, “That’s amazing that you also addressed it in yourself, ‘cause I think that there is a lot of shame and a massive lack of information around men’s body positivity”. It’s not just a lack of information either, but also a lack of push-back. Smith admits in the interview with Jamil that he hasn’t found many men, and especially no well-known men, taking about body issues. He admits that even chatting about it in the interview, “feels a bit weird because guys don’t speak about this”. He then goes on to blame this in part on how toxic masculinity weighs over him and other men he knows.

To counter this negative messaging, more brands need to follow suit and uplift diversity in men’s bodies just as women’s body positivity is – slowly – gaining steam in the fight uphill. The push-back in the ‘ideal’ body type messaging needs to include more men to ensure we don’t go backwards when it comes to damaging body messaging to the male population while we’re trying to change the messaging that women have been fed for decades.

As we carry the torch of body positivity and fight the war against the ideal body type, we need to make sure we’re watching out for males too. Companies should be aware of the damaging effect portraying an ideal male body type has on how men view and feel about their own bodies. It’s time to put in a conscious effort to feature a wide range of diverse male bodies in advertising and media.