Is your line of work search? Never considered Bing for the job? Well, according to newly released figures an increasing number of Australian SEM specialists and marketers are doing just that.

According to data released in March by media measurement firm comScore, Bing now represents 11.5 per cent of all searches in Australia which equates to a whopping 137 million searches a month. 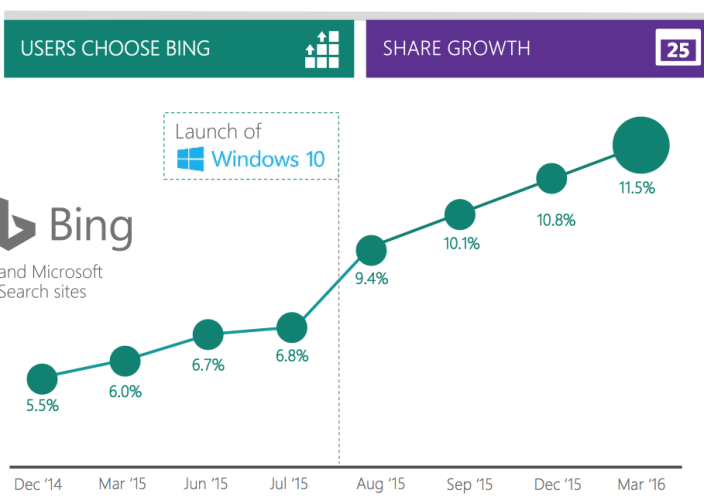 The study found that one in three Australians have searched on the Bing network when you include AOL and its partner sites. Bing might be playing off a small base in Australia but in the US market – because it also powers Yahoo’s search – it serves 32.6 per cent of all internet searchers (according to 2015 ComScore desktop rankings).

Commenting on the findings, Deb O’Sullivan, Microsoft’s head of strategic Sales, Australia and New Zealand, told B&T: “We know that people search differently across Bing. We also know that our audience is more educated and are spending more online that Google’s audience base.

“A comScore study from June 2015 found that the worldwide Bing audience spends 44 per cent more online than the average Google searcher. Nielsen discovered that 21.7 per cent of Bing users in Australia went to university versus 18 per cent of Google’s Australian users,” O’Sullivan said

And what exactly are Aussies searching for? According to Microsoft’s own internal data these are the top searches among Australians:

O’Sullivan said of the findings: “I think this comes down to the fact that Bing powers the entire Microsoft ecosystem. Any search completed across Windows, Cortana, Xbox, Outlook, Skype and Office is actually powered by Bing. The general Microsoft audience based tend to be more mature, more education and more affluent that the general population. Most Aussies are probably using Bing without even realising it.

“Marketers should put their money where it works. Based on the case studies that we have published, on average, Bing delivers double the ROI than Google does. It makes sense for Marketers to ‘max out’ on Bing first, spending the rest of their search advertising dollars across Google. Bing Australia has 11.5 per cent share of all search queries, which sounds small, but that’s 137 million searches per month and nine million unique users per month. A decent size and cost-effective audience base,” O’Sullivan concluded.