The study was commissioned by the IAB Audio Council in collaboration with Commercial Radio Australia (CRA) and executed by independent research firm Hoop Group. The research details how agencies and marketers are currently using different forms of audio advertising including broadcast radio, DAB+, streaming digital audio and podcasts and delves into their plans for 2017.

According to IAB CEO Vijay Solanki, 2017 is the inflection point for audio in Australia and we can expect significant growth in digital audio and audio programmatic.

“With over 12 million Australians now consuming music and other audio content on their devices every month, this is an increasingly important channel for marketers to reach consumers in a wide range of locations and moods This study, which has truly been an industry collaborative project,  provides the market with key information on how to optimise these opportunities,” said Solanki.

The study shows that half of agency respondents surveyed are either already buying programmatic audio inventory or fully expect to do so in the next 12 months. Podcast usage is expected to increase in 2017 with three in 10 respondents planning to trial podcast advertising – on top of the 38 per cent who have already incorporated it into their buys. Brand awareness is cited as the most common and main objective for broadcast, streaming and podcasts, followed by support for promotions. 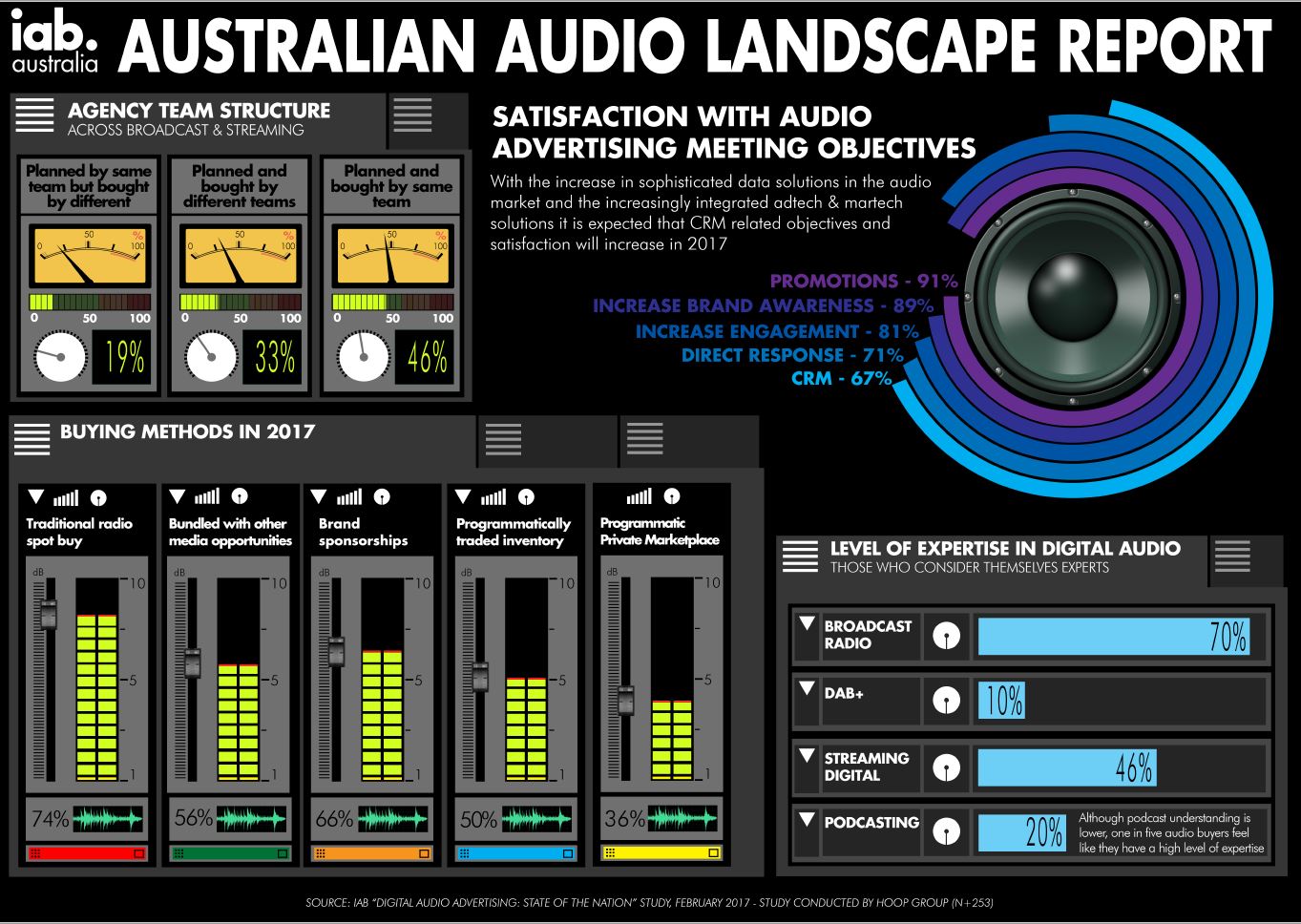 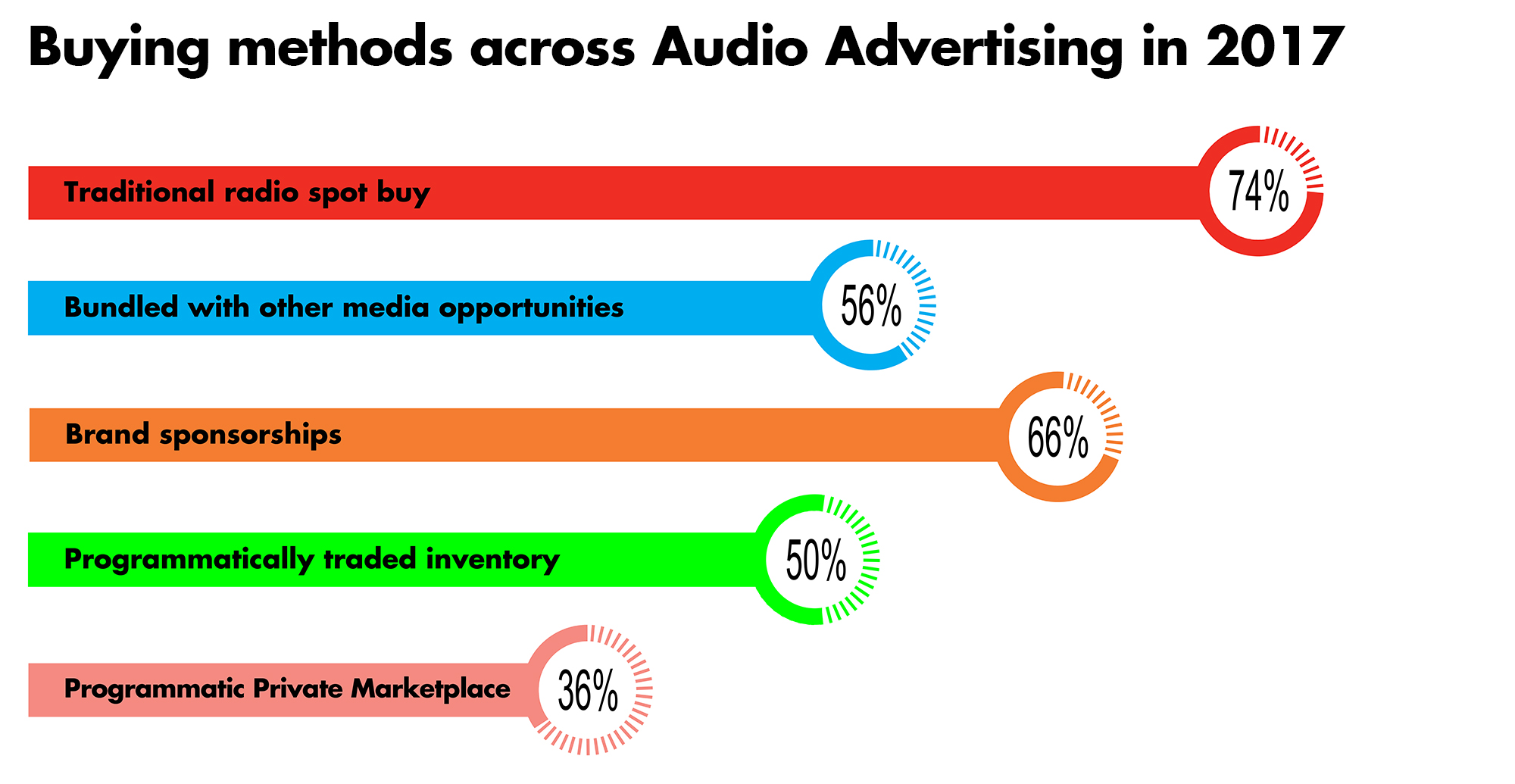 The study shows high levels of agency satisfaction with audio advertising in terms of meeting objectives and being cost effective, but also noted a desire from buyers to see improvement in audience measurement systems and guidance in measuring effectiveness.

“The importance, seen in the strength and growth, of audio streaming is evident in these findings,” said GroupM head of mobile Venessa Hunt, adding that the industry had long been waiting for independent research illuminating the current state of Australian audio. Far from being about the migration from broadcast, Hunt believes the study emphasises how changing consumer habits are unlocking new moments and new ways for brands to engage.

“With audio streaming in our pockets, consumers enable the opportunity to have a sound track to their lives all the time,” said Hunt. “With the increase in accountability and measurement of these advertising environments, those brands without an audio streaming strategy will miss out on those moments in our lives. The cost of inaction will be felt as competitors take advantage of this space in a personal and highly targeted environment.”

The inaugural audio state of nation survey has allowed both traditional and streaming radio players to come together and work collaboratively for the first time.

“It’s crucial that as an industry we educate, handhold and direct advertisers on the exciting benefits of this ever changing and most importantly evolving radio advertising medium,” said Rick Gleave, director of business development at Pandora and chair of IAB’s Audio Council. “The more cohesion we have as an industry, the greater the benefit to all involved, including the consumers who ultimately dictate the quality and profitability of the industry.”