In this opinion piece, iProspect general manager of data intelligence Tom White (pictured) questions when machines put us all out of a job, where will that leave us? 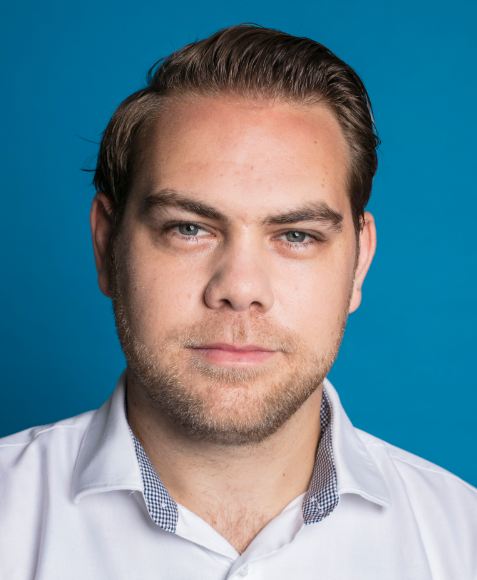 If you asked someone 50 years ago what they thought the world would look like today, they’d probably describe something similar to The Jetsons: George Jetson, his Boy Elroy and the rest of family living in Orbit City, surrounded by flying cars.

But beyond where they lived, let’s think about George’s job. He worked, by all accounts, a single hour a day, two days a week – the apparent norm for these times.

His job? Turning the Referential Universal Digital Indexer (R.U.D.I) on and off. Doesn’t sound like the most difficult vocation, although the number of times George was fired (and subsequently re-hired) might say otherwise.

So how accurate was this version of the future?

Whilst we don’t have flying cars or robot maids just yet (although the Roomba has made vacuuming much easier), The Jetsons did do a pretty good job of foreseeing how technology would evolve, with R.U.D.I. taking over most of the tasks that would otherwise have fallen to George.

And today, just like George, many of us are already at the mercy of the power of Artificial Intelligence.

We’ve known for a while that automation poses a risk to the manufacturing and production industries, but it’s no longer just blue-collar jobs.

Today there are more examples of white-collar jobs being impacted by this trend.

The Houston Methodist Hospital, for example, has created a software that is able to speed up the interpretation and accuracy of mammogram analysis.

In trials, researchers found that the software was able to interpret the results of tests 30 times faster than a human, with an accuracy of 99 per cent.

By comparison, humans incorrectly diagnosed the need for a biopsy almost 20 per cent of the time. Machine 1, Man 0.

Banking is no slouch when it comes to automation either. Using machine learning, JP Morgan managed to turn a number of mundane tasks, including the interpretation of commercial loan agreements, from 360,000 man hours into a process that takes a matter of seconds.

Contract Intelligence (or COIN), not only shortened the time it takes to review documents, but also decreased the number of loan-servicing mistakes that were made. Two-nil.

For us it’s no different. Programmatic advertising has changed our display proposition. Previously you had weeks of negotiations, now, it’s done in a split second.

Paid Search is a similar story, with technologies in market that are able to optimise bids, budgets, and positioning on an hourly basis – 24 times a day, seven days a week.

The benefits to this are too big to pass up, as AI is so much better than humans at identifying trends in data.

So what does this mean for our future employment? Multiple studies have concluded that up to 50 per cent of jobs today are at risk of being taken over by machines in the next decade or two, so speed is of the essence.

The one piece holding this back currently, is the type of intelligence that machines have. AI has what is known as ‘narrow intelligence’; that is, a strong ability to deliver a certain task or have knowledge about a certain factor.

Humans on the other hand have ‘general intelligence’, a broader skillset that doesn’t compare to AI in the specific task the AI is built for, but stronger in all other areas.

A machine may be able to build an air-conditioning unit far better than I could, but it doesn’t have the same knowledge I do about Google products, or politics, or the film Anchorman.

However, with AI now capable of developing its own intelligence, it’s not going to be long before it moves away from the narrow and into the general intelligence space.

And when it does, the human isn’t going to be able to compete in a like-for-like battle.

So, what options do we have?

Throughout human history, we’ve adapted to every situation we’ve had to face.

There are many examples in history where there was a fear of the unknown, but on each occasion, we adapted, and survived.

We’ve still got time too – this isn’t something that’ll happen overnight, but with foresight and planning, we should be able to set ourselves up for the future.

Or if times get really bad, we could also just unplug the machines and hope they haven’t developed the intelligence to plug themselves back in again.