Advertise with us
Posted 4 October, 2017 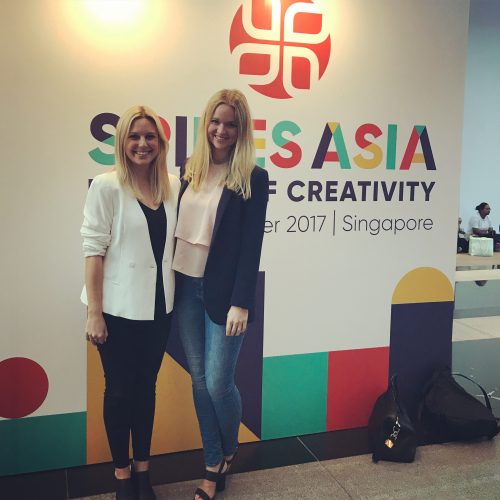 Speaking of their win, Viney said: “Our hands are still shaking. We are stoked that 23 hours straight of solid work paid off. We are seriously grateful to News Corp Australia for being given the opportunity to come to Singapore to represent Australia.”

Viney and Stone were tasked with showing support to Thai millennials, that every child in Thailand regardless of where they come from, has the right to an education.

“We came up with an idea called STITCHED TOGETHER,” Viney said.

“We worked off the insight that school uniforms take away the tell-tale signs of difference and class. When we’re wearing the same uniform, we’re all equal. So our idea, in a nutshell, was to create the world’s first 3D printed school shirt sewn together through the power of our petition. Each signature would power our printer, resulting in more of the shirt being stitched and live-streamed to the world, “Viney said. 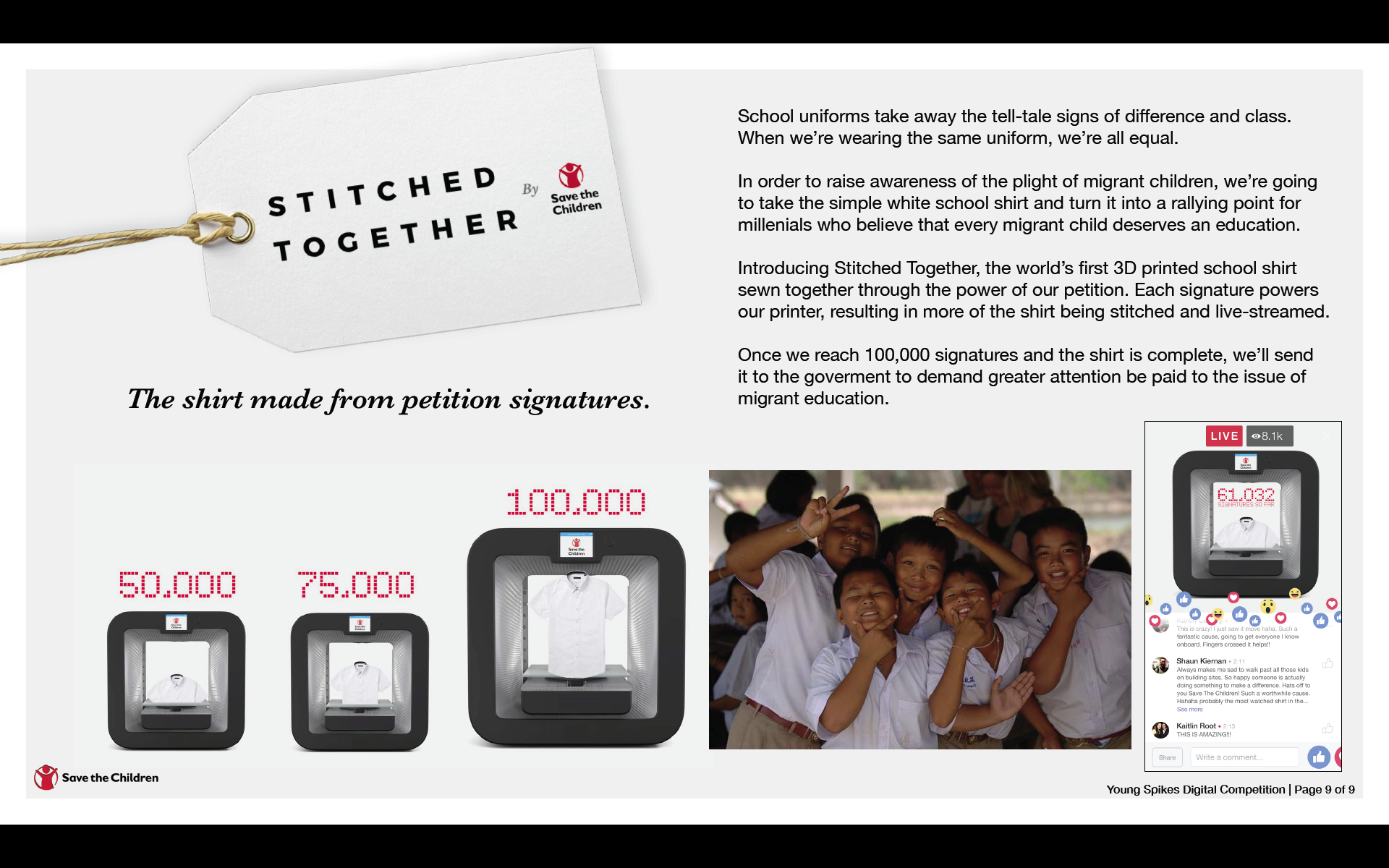 Di Maio and Webber were thrilled to win Silver in the Young Spikes Media competition amongst so many talented, young people.

“It was a tough brief and with only 24 hours to craft a solution, we are extremely proud of the work we presented,” said Di Maio.

The media team was tasked with raising awareness for Asia P3 Hub, an NGO dedicated to facilitating multi-sector partnerships to address the impact of poor water, sanitation and hygiene across Asia Pacific. The target audience was senior executives of private corporations.

Di Maio said: “System 1 thinking tells us that people think less than we think they do and this was the insight that unlocked the strategy for our brief.

“We decided to grab the attention of executives in places where they are emotionally invested, such as the Golfing Green. We created decision disruption by juxtaposing water and sanitation issues with the pristine greens of Laguna National Golf Course, driving home the issues and demonstrating how private corporations could be part of the solution,” said Di Maio.

“A big thanks to Slingshot and News Corp for allowing us this amazing opportunity. It was an incredible experience going head to head with some of the brightest minds in the industry. To all the young guns, make sure you sign up for Cannes Young Lions next year; you won’t regret it!”

The Young Spikes creatives were two of four teams in Singapore representing Australia after successfully competing in the 2017 Australian Young Lions competition run by News Corp Australia – the official Australian representative of the 2017 International Cannes Lions and Spikes Asia Festivals.

“With a Silver award also won in Cannes in June, 2017 has been a very successful year for young talent and clearly demonstrates the strength of our creative industry in Australia. Our future is in very good hands.”