In this guest post, The Works founder and creative partner Douglas Nicol (pictured below) says in the race to develop chatbots to interact with consumers let’s not forget to give them some personality to make them less clinical and more human like…

We’re at a tipping point in conversational marketing. More than ever we are bringing humanity and empathy to our AI and digital interactions with consumers. A thought that was once nothing more than science fiction is now one of the most discussed topics at this year’s SXSW. 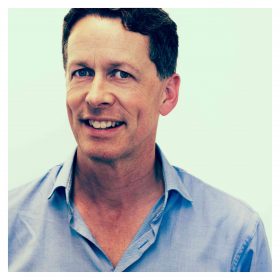 There is no denying that chatbots, voice and AI are becoming progressively more naturalised and refined, integrating into everyday life. Although basic functional chatbot use cases are critical, naturalised conversations and character backstories are becoming critical in removing any anxiety that we may feel when talking to a machine.

Though in light of this, you only need to look at the most recent stories about Amazon Echo’s Alexa delivering an unprompted ‘creepy laugh’ to demonstrate what happens when this character design goes horribly wrong.

It’s in our human condition to anthropomorphise everything from our cars to our dogs, so let’s leverage this insight in conversational interfaces. It takes the edge off the clinical nature of dealing with AI.

The success of the natural-language bot, Eno, from the bot development team at Capital One, the US bank, is a case in point.

Typically use cases for banks are very mundane, customers checking their account balance or paying a credit card bills. Eno took this to a whole new level with a character design that made every interaction a fun and enjoyable ‘brand moment’.

Eno is a service chatbot that uses AI to respond to free-form Natural Language Processing requests from customers. The bot has true humanity, with its high IQ and EQ and has been embraced by all demographics across Capital One’s customer base.

Based on our experience of developing chatbot characters, there are three key aspects to character development:

Have the gender debate

With the chatbot development industry sadly equalling a ‘sea of dudes’, there has been a bias toward female chatbots and voice assistants. It’s fair to say, assuming a female is the subservient person in society is more 1918, then 2018. It’s important to have this gender debate and should provoke a healthy and passionate debate amongst your team.

Most brand guidelines have not considered the era of conversational marketing, making them woefully inadequate when creating a chatbot character that personifies the brand in some way.

When developing the character, there always should be a backstory. When Foxtel approached us to help sustain engagement to their Australian prison drama Wentworth, we knew our chatbot needed a strong backstory, like the characters in the show. So, we created the Wentworth Rat bot, a prison snitch armed with a contraband phone and a backstory that allowed it to become a natural extension of the show itself.

Interestingly, the producer and copywriter for Eno comes from a TV drama background and this has helped make Eno a fully formed character. Consider your character attributes like; Where did your bot character come from? What does it believe in? What is its worldview? What are its character flaws? And what does it like to do? Like any human, these are the things that shape who we are as people, warts and all.

Finally, and probably most importantly, what are the words and symbols that your bot uses and doesn’t use? This dictionary of words, sounds and emoji’s set the tone for the conversation and whether you get a return visit.

We have allowed our Wentworth Rat to take on the prison persona with a full vocabulary of swear words. In fact, the more swear words we gave it, the greater the level of engagement we received.

Eno also differentiates the dictionary, allowing you to pay off your credit card with a thumbs up emoji command.